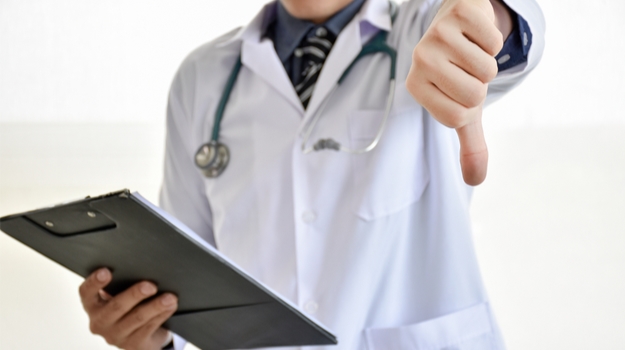 Cambridge, Massachusetts-based Acceleron Pharma announced that its Phase II clinical trial of ACE-083 in patients with Charcot-Marie-Tooth disease (CMT) failed to show functional improvement. The company indicated the drug did show a statistically significant increase in mean total muscle volume, which was the primary endpoint of the trial, but it didn’t lead to statistically significant improvements in function or quality of life secondary endpoints. Acceleron says it is discontinuing development of the drug.

CMT is one of the most common inherited neurological disorders. It is made up of a group of disorders that affect peripheral nerves, which is to say, those outside the brain and spinal cord. It affects motor and sensory nerves and includes weakness of the foot and lower leg muscles. There are often foot deformities, such as high arches and hammertoes because of weakness of the small muscles in the feet. It affects about one in 2,500 people in the U.S.

ACE-083 was the company’s lead product candidate for its neuromuscular therapeutic program. It is designed to bind to and inhibit specific proteins in the TGF-beta protein superfamily that reduce muscle growth, such as activins and myostatins (GDF8).

“Unfortunately, over the course of multiple clinical trials, our myostatin-plus hypothesis has not resulted in the functional outcomes necessary to provide clinically meaningful benefits for patients with neuromuscular diseases,” said Habib Dable, president and chief executive officer of Acceleron. “We wish to thank all the patients, families, caregivers, and investigators for their support and participation in this research. I also want to acknowledge our team’s hard work and commitment to executing robust Phase II trials that have provided us the data necessary to make the difficult but informed investment decision to discontinue the program.”

The company plans to refocus its resources on hematology with its Reblozyl in anemia and on pulmonary with sotatercept in pulmonary arterial hypertension (PAH).

The Phase II trial evaluated ACE-083 in CMT patients who had muscle weakness in the tibialis anterior (TA), a muscle in the lower leg involved in raising the foot at the ankle. Part 1 of the trial was an open-label, dose-escalation study. ACE-083 was dosed by injection into the TA muscle once every three weeks in 18 patients to determine the safety and increases in muscle volume over a three-month period. Part 2 was a randomized, double-blind, placebo-controlled study that leveraged the optimal dose level chosen in Part 1.

A total of 44 patients were involved in the trial in Part 2, receiving either ACE-083 or placebo. They were evaluated for changes in muscle volume, fat fraction, strength, function, quality of life, and safety over a six-month period, followed by a six-month open-label treatment period.

In November 2019, the company’s Reblozyl (luspatercept-aamt) was the first and only erythroid maturation agent approved by the FDA to treat anemia in adults with beta-thalassemia who require regular red blood cell transfusions.

At the company’s fourth quarter and full year 2019 report on February 27, 2020, Dable said, “While our hematology program remains a top priority, we are equally excited by the progress we are making in pulmonary disease. We recently announced positive topline results from the PULSAR Phase II trial of sotatercept for the treatment of PAH. These data introduce the possibility that sotatercept could potentially change the way physicians treat patients with PAH.”