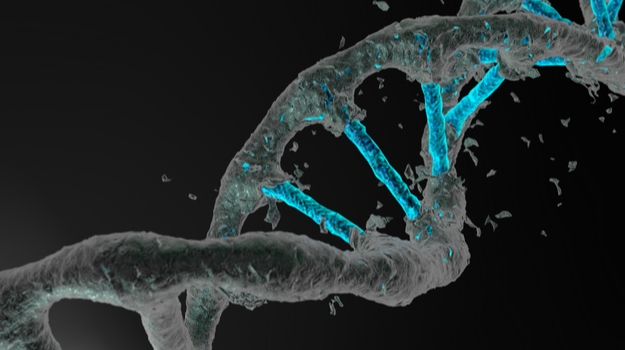 For the first time, researchers have tested CRISPR gene editing inside a person’s body. In this case, Allergan and Editas Medicine treated the first patient in the BRILLIANCE clinical trial of AGN-151587 at Oregon Health & Science University (OHSU) Casey Eye Institute. The therapy is being tested for treatment of Leber congenital amaurosis 10 (LCA10), an inherited type of blindness caused by mutations in the centrosomal protein 290 (CEP290) gene.

“This dosing is a truly historic event—for science, for medicine, and most importantly for people living with this eye disease,” said Cynthia Collins, president and chief executive officer of Editas.

That is likely not hyperbole. Although CRISPR has been used in the laboratory and in a small number of patients with cancer, sickle cell anemia or beta-thalassemia, in those cases, cells were removed the bodies of patients, edited using CRISPR, then infused back into the patients. Even the extremely controversial case of Chinese researcher He Jiankui, who utilized CRISPR to alter the DNA of human embryos a pair of twins who were subsequently born, did so outside the human body during in vitro fertilization.

In this new clinical trial, physicians at the Casey Eye Institute injected microscopic droplets that carried a hollowed-out virus engineered to deliver the genetic instructions to manufacture the CRISPR gene-edits. This is a variation of gene therapy, where a preferable gene is delivered via a harmless virus.

“The first patient dosed in the BRILLIANCE clinical trial marks a significant milestone toward delivering on the promise and potential of CRISPR medicines to durably treat devastating diseases such as LCA10. We look forward to sharing future updates form this clinical trial and our ocular program,” Collins added.

The BRILLIANCE Phase I/II clinical trial will study the safety, tolerability, and efficacy of AGN-151587 in about 18 patients with LCA10. They expect to have up to five cohorts of patients across three dose levels. Both pediatric patients age three to 17 years, and adults, are eligible for the trial. The patients will be given a single dose of AGN-151587 by way of a subretinal injection in one eye.

This new approach is designed for the virus carrying the CRISPR instruction to be infused into the eye. The gene-editing mechanism will cut out the genetic mutations causing the blindness, which should restore the manufacture of the vital protein and prevent retinal cell death.

“It’s the first time the CRISPR gene-editing is used directly in a patient,” Eric Pierce, professor of ophthalmology at Harvard Medical School and director of the Inherited Retinal Disorders Service at Massachusetts Eye and Ear, told NPR. Pierce is the principal investigator of the trial. “We’re really optimistic that this has a good chance of being effective.”

So far, only a single patient has been treated, and the results are still unknown. Safety is one of the primary goals of the early-stage trial, which is partly why only a single eye is treated initially. If the treatment is well tolerated and successful, the patients will likely be eligible for the second eye to be treated.

The procedure takes about an hour to run. Small incisions are made to give access to the back of the eye. The surgeon then injects three droplets of a fluid that holds billions of copies of the virus that carries the CRISPR gene-editing instructions.

“Our first treatment in this clinical trial is an important step toward bringing new and promising treatments to patients with disease-causing gene mutations,” said Mark Pennesi, associate professor of Ophthalmology, the Kenneth C. Swan Endowed Professor, Division Chief, Paul H. Casey Ophthalmic Genetics at the Casey Eye Institute and principal investigator and enrolling physician of the first patient. “OHSU is honored to be involved in this effort to address previously untreatable diseases such as Leber congenital amaurosis 10.”