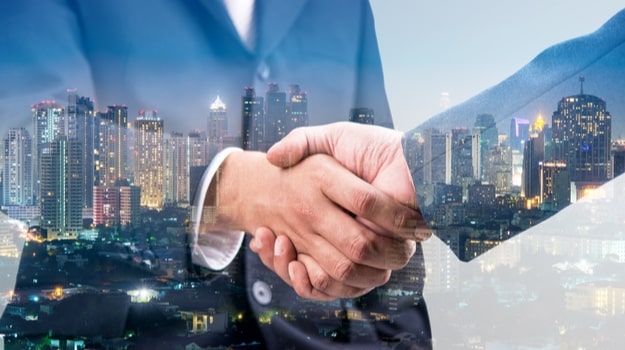 Arrowhead Pharmaceuticals has struck a licensing agreement deal with Takeda to develop a Phase II investigational RNA interference (RNAi) therapy for the treatment of treat alpha-1 antitrypsin-associated liver disease (AATLD). Arrowhead will be eligible to receive up to $1.04 billion in the deal, including millions in upfront and milestone payments.

The investigational drug, ARO-AAT, is a potential first-in-class treatment that reduces the generation of mutant alpha-1 antitrypsin protein (Z-AAT), the primary contributor to liver disease progression in patients with AATLD.

Alpha-1 Antitrypsin-Associated Deficiency, a rare genetic disorder that is associated with liver disease in children and adults, affects approximately 1 in 3,000 to 5,000 people in the U.S. and about 1 in 2,500 people in Europe. No specific therapy is currently available for hepatic manifestations; liver transplant represents the only available cure.

“These data are very encouraging and suggest that ARO-AAT may rapidly ameliorate liver injury. It is particularly reassuring to see the decrease in liver enzymes, which suggests that elevations are related to proteotoxic stress that could be addressed with ARO-AAT therapy rather than reflecting co-morbidities,” trial investigator Pavel Strnad, M.D., of the University Hospital Aachen in Germany, said in a statement. “In addition, no major lung events have occurred in this study to date, which indicates that RNAi-based reduction of Z-AAT in the liver has not negatively affected lung function during the treatment period. I am pleased that all of my patients have opted to continue on study for the 12-month extension, and I am eager to follow their progress.”

In the collaboration, both companies will co-develop and co-commercialize ARO-AAT, if approved, in the United States. Profits made by the drug will be split equally between the two companies. Takeda will be responsible for leading the global commercialization strategy outside the U.S. and will receive exclusive license for the commercialization of the drug. In contrast, Arrowhead will be eligible to be paid tiered royalties of between 20% to 25% of net sales.

“AAT-associated liver disease is a devastating condition for which there are no approved therapies. With its RNAi-based mechanism of action, ARO-AAT has the potential to treat the underlying cause of AATLD, thereby helping patients avoid the need for liver transplantation and associated co-morbidities,” Asit Parikh, M.D., Ph.D., Takeda’s Head, Gastroenterology Therapeutic Area Unit, said in a statement. “We are excited to collaborate with Arrowhead to bring forward this exciting late-stage liver asset for the Alpha-1 community as part of our growing GI portfolio.”

The President and CEO at Arrowhead, Christopher Anzalone, Ph.D., added: “Takeda’s global presence and experience with payers and regulators in the rare disease and GI therapy space, combined with its long history serving the Alpha-1 community make it the ideal partner for ARO-AAT. It is well-positioned to work with the patient and medical community to help meet the severe unmet need of patients with Alpha-1 liver disease.”

Anzalone noted that the agreement also supports the company’s “strategy of using partnering selectively to continue to invest in our Targeted RNAi Molecule (TRiMTM) platform and the growing pipeline of RNAi therapeutics targeting diverse tissue types, while focusing our commercial organization on opportunities in two key areas of cardiometabolic and pulmonary.”