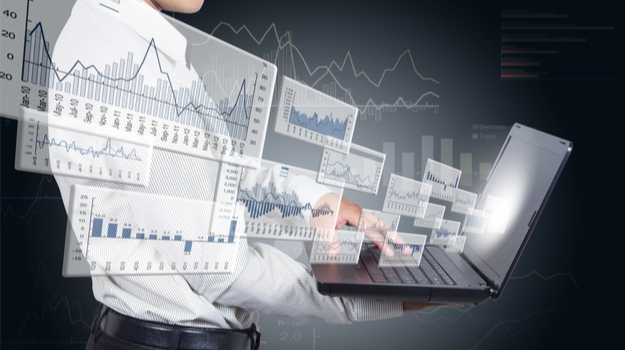 The American Society of Clinical Oncology (ASCO) 2020, one of the biggest cancer conferences of each year, is, of course, going to be virtual this year because of the COVID-19 pandemic. The dates for the meeting are May 29-31 with the opening session at 9:30 AM EST followed in the morning with highlights of various cancer indications, such as breast cancer, and head and neck cancer at 10:30, central nervous system tumors and gastrointestinal cancers at 11:00 and gynecologic and hematologic malignancies at 11:30. The afternoon is marked by various symposia, such as “Harnessing Immunotherapy with Novel Approaches Beyond Checkpoint Inhibitors,” and “Redefining Cancer of Unknown Primary: Is Genomics the Answer?”

Numerous biopharmaceutical companies and researchers are presenting research and clinical trial results, and many have been announcing their plans for several weeks. Examples include but are not limited to:

Tiragolumab is a novel immunotherapy that binds to TIGIT, an immune checkpoint protein found on immune cells. Tecentriq is a PD-L1 checkpoint inhibitor. Both TIGIT and PD-L1 are involved in immune suppression. Blocking both pathways has the potential for improving anti-tumor activity.

The company plans to present the full data at an oral abstract session.

Merck announced positive data from the Phase III KEYNOTE-355 trial looking at Keytruda in combination with chemotherapy as first-line treatment for metastatic triple-negative breast cancer (mTNBC). It is presenting the data at an oral abstract session. In the trial, patients whose tumors expressed PD-L1 with a Combined Positive Score (CPS) greater than or equal to 10, Keytruda with chemotherapy showed a statistically significant and clinically meaningful improvement in progression-free survival (PFS). The drug combination decreased the risk of disease progression or death by 35%, improving PFS to a median of 9.7 months compared to 5.6 months for patients receiving only chemotherapy.

Bristol Myers Squibb is presenting numerous data including new data from two clinical trials of Opdivo plus Yervoy-based combinations in non-small cell lung cancer (NSCLC) and updated results from the KarMMa trial of ide-cel for multiple myeloma being developed with bluebird bio.

For Part 1 of the Phase III CheckMate -227 clinical trial, the company announced three-year follow-up data showing that Opdivo (nivolumab) plus Yervoy (ipilimumab) gave sustained improvements in overall survival (OS) as well as additional efficacy measures as a first-line treatments for metastatic NSCLC. The median follow-up was more than three years—43.1 months—and the combination showed a survival benefit compared to chemotherapy in patients expressing PD-L1 greater than 1%. The three-year OS rates in this population was 33% for the combination compared to 22% for chemotherapy alone.

For the Phase II KarMMa trial, the two companies presented updated results in patients with relapsed and refractory multiple myeloma (r/r MM). In the trial, 128 patients with heavily pretreated r/r MM who were exposed to at least three previous therapies and were refractory to their last regimen were treated with ide-cel. The overall response rate (ORR) was 73% across all dose levels, including 33% who had a complete response (CR) or stringent CR (sCR). Median duration of response (DoR) was 10.7 months, with 19.0-month median DoR for patients who had a CR or sCR.

Researchers from U.S. Oncology Research and McKesson are planning to describe results from more than 70 studies, including six oral sessions on immunotherapy and specific cancer indications such as prostate, ovarian, breast and others.

“The uncertainties of cancer care and research during today’s pandemic are having a profound effect on patients, oncologists and researchers,” stated Robert L. Coleman, chief scientific officer, US Oncology Research. “Our team of community-based research investigators are committed to advancing research, even in challenging times, to examine new and improved therapies, diagnostics and other aspects of clinical cancer care, as cancer will not wait for us.”

Nucleix, a liquid biopsy company out of San Diego and Rehovot, Israel, is presenting data from research using a blood-based methylation assay for cancer detection. The six-marker assay is the initial component of the company’s screening tests in early cancers and leverages existing, low-cost PCR tech. The presentation is by Lasika Seneviratne, SCORA/LA Cancer Network titled, “Discovery of a core-panel of markers for a blood-assay for cancer detection utilizing cfDNA methylation changes.”

AstraZeneca is presenting quite a bit of research, including an abstract on AZD9833 in preclinical models of breast cancer (the experimental drug is currently in an ongoing Phase I trial in pre- and post-menopausal women); an abstract on a Phase III trial of capivasertib and paclitaxel in first-line treatment of metastatic triple-negative breast cancer; and an abstract on the Phase II trial of savolitinib in patients with pulmonary sarcomatoid carcinoma (PSC) and other types of non-small cell lung cancer (NSCLC) that harbor MET exon 14 skipping mutations.

As usual, there will be a wealth of clinical and preclinical research presented. Although the video streaming and virtual aspects of the conference will likely hinder more casual conversation, a popular topic will probably be the effect of the pandemic on clinical trials and research as well. Stay tuned for interesting stories.