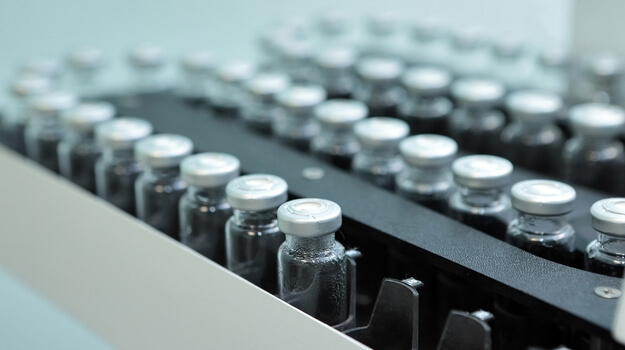 In anticipation of data from its Phase III vaccine candidate study potentially becoming available next month, Germany’s BioNTech acquired a manufacturing facility from Novartis to boost production capabilities for the preventative treatment for the novel coronavirus.

The manufacturing site will expand BioNTech’s COVID-19 vaccine production capacity by up to 750 million doses per year, or over 60 million doses per month, once fully operational, the company said.  BioNTech will take over the entire Novartis site that currently has approximately 300 employees in order to enable a rapid transition to production of the vaccine candidate, BNT162 upon the close of the transaction. BNT162b2 encodes an optimized SARS-CoV-2 full-length spike glycoprotein (S), which is the target of virus neutralizing antibodies. The company plans to be able to produce up to 250 million doses of BNT162b2 in the first half of 2021. Financial terms of the acquisition were not disclosed.

Sierk Poetting, BioNTech’s chief operating officer and chief financial officer, said the acquisition of the Novartis facility in Marburg, Germany, reflects BioNTech’s commitment to expanding its manufacturing capacity in order to provide a global supply of the COVID-19 vaccine if the drug is approved.

“We are working closely with Novartis to prepare for a smooth transition, and we look forward to welcoming the new members of our team and tapping into their impressive skills and expertise. From a strategic standpoint, the new site will bolster our vertically integrated business model with in-house manufacturing capabilities for mRNA manufacturing as well as vaccine formulation,” Poetting said in a statement.

The facility is fully equipped for the production of recombinant proteins as well as cell and gene therapies, and holds cell culture labs and viral vector production capabilities, with further potential for long-term growth and expansion. Over the past several years, Novartis has invested in upgrades at the facility, which made it an ideal manufacturing facility.

The new facility is expected to operate as one of the largest mRNA manufacturing sites in Europe alongside two of BioNTech’s existing GMP facilities which currently produce the COVID-19 vaccine candidates for clinical trials, the company said. Pfizer, BioNTech’s partner in the development of the vaccine, has four manufacturing sites it intends to use in the United States and Europe.

The acquisition of the manufacturing facility was announced days after Pfizer and BioNTech projected to have key data from its Phase III study by the end of October. If the vaccine candidate is approved, Pfizer Chief Executive Officer Albert Boula said the companies would be able to begin distributing hundreds of thousands of doses of vaccines almost immediately, with hundreds of millions of doses available at a later date.

The mRNA vaccine candidate under development requires two doses several weeks apart, which will limit the number of people who will first be able to receive the drug if it’s approved. In July, the two companies inked a $1.95 billion deal with the U.S. government’s Operation Warp Speed to manufacture and deliver 100 million doses of the vaccine if it’s proven safe and effective. Pfizer and BioNTech announced an agreement with the European Union for 200 million doses of the vaccine, should it pass late-stage muster. Delivery of the vaccine could begin by the end of 2020, the companies said.