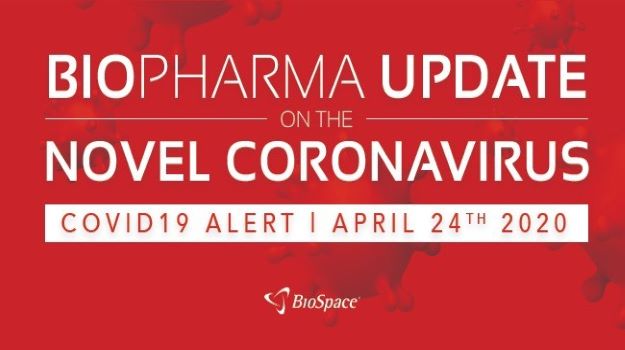 News information is not all-inclusive. Please check back for updates.

Non-Invasive Fetal and Maternal Monitoring: The FDA issued guidance to help increase the availability of non-invasive fetal and maternal monitoring to support patient monitoring during the COVID-19 pandemic.

Imaging Systems: The FDA issued guidance that helps increase the availability of imaging systems for diagnosis and treatment monitoring of lung disease during the COVID-19 pandemic.

Diagnostics Update: The FDA has worked with more than 360 test developers who plan to submit EUA requests to detect COVID-19. Also, 44 individual EUAs have been issued. In addition, 18 authorized tests have been added to the EUA letter of authorization for high complexity molecular-based laboratory developed tests (LDTs). The FDA has been notified that more than 220 laboratories have begun testing under the policies set forth in its COVID-19 Policy for Diagnostic Tests for Coronavirus Disease-2019 during the Public Health Emergency Guidance.

Hydroxychloroquine: The FDA is cautioning against the use of hydroxychloroquine or chloroquine against COVID-19 outside of the confines of a hospital or clinical trial setting due to cardiovascular concerns. The anti-malarial drugs are being studied in clinical trials and the FDA authorized their temporary use for the treatment of hospitalized COVID-19 patients. The FDA said the two drugs can cause abnormal heart rhythms such as QT interval prolongation and a dangerously rapid heart rate called ventricular tachycardia. Patients who also have other health issues such as heart and kidney disease are likely to be at increased risk of these heart problems when receiving these medicines, the FDA said.

Shares of Gilead Sciences fell after reports suggest remdesivir failed to distinguish itself as a treatment for COVID-19 in a clinical study conducted in China. But, there are some questions about the veracity of the study.

CNBC reported that Inovio Pharmaceuticals’ President and CEO, Dr. Joseph Kim said they expect to finish enrollment of all 40 volunteers for their coronavirus vaccine trial before the end of April.

Researchers at Tsinghua University in Beijing, China have now successfully cloned antibodies from COVID-19 survivors. In lab tests, the antibodies prevented the virus from binding to its receptor on cells, meaning the antibodies would appear to have prevented the disease. Although promising, it’s still unclear if this would actually prevent infection in people.

Oryzon Genomics received approval from the Spanish Drug Agency (AEMPS) to run a Phase II trial with vafidemstat in severe COVID-19 patients. The ESCAPE study is a Phase II trial to assess the drug in combination to the standard of care to prevent progression to Acute Respiratory Distress Syndrome (ARDS). It will initially have 20 patients in each arm of the trial. Vafidemstat is an oral, CNS optimized LSD1 inhibitor.

Wellcome Trust Sanger Institute identified two specific nose cell types as likely initial infections point for SARS-CoV-2. The goblet and ciliated cells in the hose have high levels of the entry proteins the virus uses to get into our cells.

China’s Sinovac Biotech is reporting positive results from its vaccine candidate in primate tests. The company said the primates did not develop COVID-19 after being exposed to the vaccine three weeks after administration. The primates that received the highest dose showed the best response.

San Diego-based Agastiya Biotech said it has discovered its previously tested anti-cancer small molecule AB001 is a viable SARS-CoV-2 virus therapeutic. Based on in silico models, AB001 acts on ACE-2 to inhibit the entry of the virus into the cell and also works on NSP15 to prevent its replication.

University of Oxford has dosed the first patient in its European Phase I trial of a vaccine. It expects to recruit more than 1,000 participants and finish in May 2021. The initial results will be available in the next six months. The vaccine is based on a weakened adenovirus, genetically modified to harmlessly produce the Spike protein from SARS-CoV-2.

Voltron Therapeutics has selected the peptides required to complete the structure of HaloVax for development and progression into pre-clinical animal testing of the HaloVax Self-Assembling Vaccine. Voltron will take two different vaccines, with differing sets of targets into pre-clinical testing for COVID-19.

Less than one month after Johnson & Johnson identified a lead vaccine candidate against COVID-19, the life sciences giant announced an agreement with Emergent BioSolutions to support the manufacturing needs for the potential medication.

Digital Science’s ReadCube, along with other publishers, announced the launch of a new initiative to facilitate access to literature relevant to COVID-19 research. The program, called COVID-19 Research Pass (CRP) provides access to over 26 million articles.

Wave Life Sciences USA, after receiving a Small Business Administration PPP loan, indicated it is beginning the process to repay the $7.2 million loan. The company indicated, “We made this decision after the SBA issued new guidance that states, in effect, that public companies are not appropriate recipients of these loans.”

Bill Gates, via the Bill & Melinda Gates Foundation, earlier this month granted $150 million to develop therapies and vaccines against COVID-19. They also pledged $5 million in March to support public health agencies and front-line response organizations in the Seattle area. In an interview with the San Francisco Business Times, Gates suggested that the stay-at-home efforts were slowing the spread of the disease, but it needs to be taken both seriously and be put in place consistently across the country, which would allow slowly loosening some of the restrictions within four to eight weeks. There would still be a need for contact tracing, rapid testing, and until there is a successful vaccine and high vaccination rates, or a very effective treatment, people’s lives won’t feel “normal.”

Joseph Vinetz, an infectious disease researcher at Yale School of Medicine, plans to launch a clinical trial of Japanese company Ono Pharmaceutical’s camostat mesylate, a generic drug approved in Japan to treat chronic pancreatitis. The company has granted him use of the drug. However, Vinetz received what he is describing as a threatening letter from another unnamed biopharma company that says it is “exploring the opportunity with BARDA” to run clinical trials using the drug and has an “open IND,” arguing that Vinetz would need permission from the company to receive his own IND.

Dave Ricks, chief executive officer of Eli Lilly and Co., noted at the company’s first-quarter conference call that the COVID-19 pandemic is a “once in a generation opportunity to reset” its reputation. “It’s really about solving the problem.” Meaning, it’s not about money, profits, pricing, but about finding cures and treatments for the disease. That said, the company reported a 15% increase in the first quarter in sales partly due to patients buying extra supplies of their drugs ahead of quarantine. Lilly expects that $250 million increase to reverse itself as the lockdowns end.

As Medtronic’s fourth quarter for 2019 comes to a close today, the company anticipates COVID-19 will have a negative impact on its finances. In the United States, which represents approximately 53% of total company revenue, Medtronic said it began to see a negative impact on revenue from COVID-19 beginning March 16. Over the last few weeks, the company’s U.S. weekly revenue has declined approximately 60% year-over-year on average, excluding any impact from customer bulk purchases. The company has also seen a decline in business in Europe, China and elsewhere.