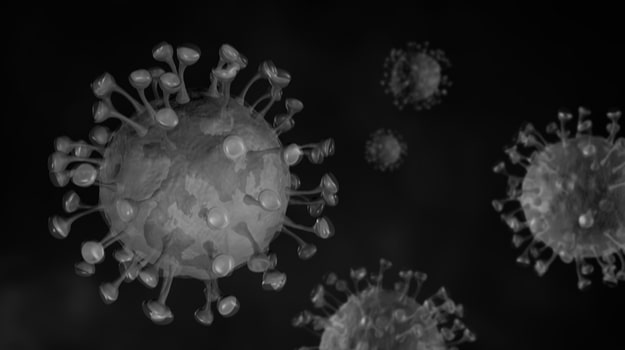 Although there have been unverified reports of people getting repeat cases of COVID-19, there have been significant questions as to their reliability. Now, a case report out of Hong Kong cites a 33-year-old man treated in March at a hospital for COVID-19 who tested positive at the Hong Kong airport on August 15. He was returning from Europe. He has no symptoms this time.

The research group sequenced the virus, SARS-CoV-2, from the initial infection, and then again from the second diagnosis. The genetic sequences of the two samples were markedly different, which strengthened the theory that the patient had been infected a second time.

“This case proves that at least some patients do not have life-long immunity,” Kelvin To, a clinical microbiologist at the University of Hong Kong (HKU) and one of the authors of the study, told Science.

The first strain tested was consistent with strains collected in March and April. The second, more recent sample tested matched the virus most commonly observed in Europe.

“The virus mutates all the time,” To said. “It is very unlikely that the patient would have gotten the second virus during the first infection.”

There was some speculation that the patient was a carrier, but the fact that the strains were different and the fact that his blood sample taken shortly after the airport test did not show antibodies to the virus tends to rule that out.

“This is certainly stronger evidence of reinfection than some of the previous reports because it uses the genome sequence of the virus to separate the two infections,” said Jeffrey Barrett, a senior scientific consultant for the COVID-19 Genome Project at the Welcome Sanger Institute, who was not involved in the study.

But what does this mean and how concerned should people be?

“This is a worrying finding for two reasons,” David Strain, a clinical senior lecturer at the University of Exeter Medical School, told Agence France-Presse. “It suggests that previous infections are not protective. It also raises the possibility that vaccinations may not provide the hope that we have been waiting for.”

He added, if the antibodies don’t provide lasting protection, “we will need to revert to a strategy of viral near-elimination in order to return to a normal life.”

However, some researchers suspect that this case is fairly rare. Brendan Wren of the London School of Hygiene & Tropical Medicine, said, “It is to be expected that the virus will naturally mutate over time. This is a very rare example of reinfection and it should not negate the global drive to develop COVID-19 vaccines.”

Barrett agreed, noting, “This may be very rare, and it may be that second infections—when they do occur—are not serious.”

And the fact that the patient’s second case was completely asymptomatic would seem to support that theory.

To believes that might be the case as well, noting that people without symptoms don’t typically get tested, “especially if they have no symptoms.”

In the man’s first case, he had a cough, sore throat, fever and headache for three days. His positive test for COVID-19 occurred on March 26, 2020. On the second case, he was returning to Hong Kong from a trip in Spain by way of the United Kingdom. He tested positive during screening at the Hong Kong airport on August 15. He was hospitalized but never showed symptoms.

The study has been pre-printed, but also accepted for publication in the journal Clinical Infectious Diseases.

Maria Van Kerkhove, the World Health Organization’s technical lead for coronavirus response and head of the emerging diseases and zoonoses unit, said during a media briefing in Geneva on Monday, “What I think is really important is that we put this into context. There’s been more than 24 million cases reported to date. And we need to look at something like this on a population level. And so it’s very important that we document this—and that, in countries that can do this, if sequencing can be done, that would be very, very helpful. But we need to not jump to any conclusions. Even if this is the first documented case of reinfection, it is possible of course because with our experience with other human coronaviruses, and the MERS coronavirus and the SARS-CoV-1 coronavirus, we know that people have an antibody response for some time but it may wane.”