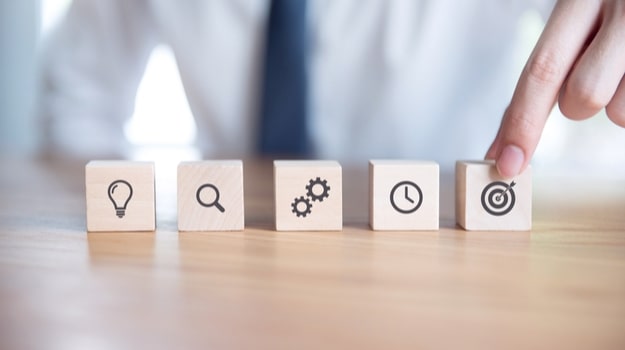 Robert Redfield, director of the U.S. Centers for Disease Control and Prevention (CDC), testified yesterday before the U.S. Senate Appropriations subcommittee on labor, health and human services, education and related agencies. He noted that although a vaccine against COVID-19 will likely be available and to begin dosing in November or December of this year, it will be limited. Getting the entire U.S. population vaccinated will likely take “six to nine months.”

“If you’re asking me when is it going to be generally available to the American public so we can begin to take advantage of vaccine to get back to our regular life, I think we’re probably looking at third … late second quarter, third quarter 2021,” Redfield stated.

He also said that face masks are “the most important, powerful public health tool we have.” He added, “I might even go so far as to say that this face mask is more guaranteed to protect me against COVID than when I take a COVID vaccine.”

Not long after, President Donald Trump suggested that Redfield misspoke. “I believe he was confused,” the president told White House reporters. Trump has repeatedly suggested the vaccine would be available before the end of the year, possibly in October before the November 3 election.

Trump said, “I called him—I said, ‘What did you mean by that?’ I think he just made a mistake. … I think he misunderstood the question. I got the impression that he didn’t realize he said what he might have said.”

The CDC then walked back Redfield’s testimony, with CDC spokesman Paul Fulton Jr. emailing CNBC to say, “He was not referring to the time period when COVID-19 vaccine doses would be made available to all Americans.”

Trump indicated the vaccine “could be announced in October” and would be distributed “immediately.”

He also contradicted Redfield on the mask issue, saying, “No, vaccine is much more effective than the masks.”

After Trump’s remarks, Redfield tweeted, “The best defense we currently have against this virus are the important mitigation efforts of wearing a mask, washing your hands, social distancing and being careful about crowds.”

Earlier yesterday, the CDC issued a lengthy plan for how to make vaccines for COVID-19 available for free to all Americans. It indicated they expect a vaccine will initially be granted EUA before a full formal approval.

The plan calls for transport of the vaccine to distribution sites across the U.S. within 24 hours after an EUA is granted by the U.S. Food and Drug Administration (FDA). McKesson is the main distributor for the vaccine.

The CDC document indicates that when more quantities of the vaccine become available, it will have two primary objectives: provide broad access and to guarantee a high level of immunization to target populations, especially in people at high risk of death or complication from the disease. They also noted there will be no charge for the vaccine or distribution.

“The CDC’s goal is to have enough COVID-19 vaccine for all in the United States who wish to be vaccinated,” Redfield told journalists earlier in the day.

Earlier this month, the National Academies of Sciences, Engineering, and Medicine proposed a draft plan for distribution of a vaccine in the U.S. at the request of the National Institutes of Health and the Centers for Disease Control and Prevention.

Redfield told the Senate subcommittee that the CDC had already conducted “microplanning” for vaccine distribution with five jurisdictions in North Dakota, Minnesota, California, Florida and Philadelphia.

“I’ll be talking to state public health leaders this week, we’ll be working with them so they can integrate this plan in their own unique way for their own state and there will be support to help them begin to resource plans,” Redfield stated.

The CDC plan appears to have three phases of distribution. In the first, it would be directed to “settings that can optimize reaching the target population.” That target population would be health care workers and elderly citizens.

The details of that are still being worked out, with states needing to get infrastructure in place for vaccine delivery to first-priority populations.

“I do think it’s going to be difficult for states and localities to lock down their plans unless we say people over 70 or people in the healthcare system—who needs to get it first,” said Tom Inglesby of the Johns Hopkins Bloomberg School of Public Health.

Redfield suggested the first phase would begin in November or December.

The second phase has the vaccine being shipped to a much wider network of distributors, including adult and pediatric healthcare providers and pharmacies. The third phase would have a COVID-19 vaccine be integrated into routine vaccination programs.

However, one of the issues Redfield addressed was that Congress has not yet provided the approximately $6 billion to help states prepare for the vaccination distribution plan. Those efforts include maintaining vaccines at minus-70 Celsius, which requires specialized freezers and dry ice, and ways of monitoring the vaccine delivery, which requires two shots about 28 days apart.