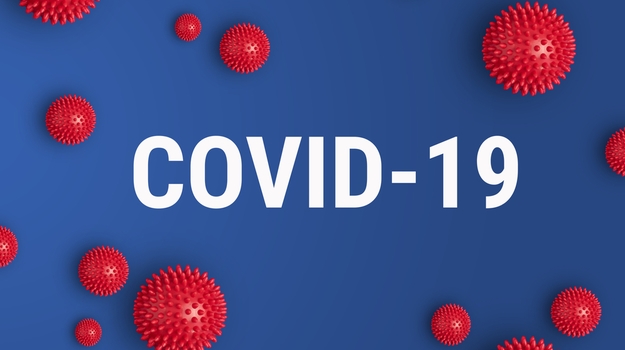 At this time, vast swaths of the U.S. population are under a semi-quarantine dubbed “social distancing,” with most businesses closed except for essential businesses, such as hospitals and doctors’ offices, grocery stores, banks and utilities. Many people are working from home, if able. The goal is to “flatten the curve,” which refers to various graphs of the outbreak which show a very steep curve that would concentrate the number of cases diagnosed and treated in a very short period of time, which would overwhelm hospitals. By flattening the curve, the outbreak’s spread would be slowed, and cases would be spread out over a longer period of time in hopes of giving healthcare institutions the ability to better manage the cases.

Computer models projecting the COVID-19 range dramatically, with one out of Imperial College of London predicting about 2.2 million deaths in the U.S. if no action was taken to slow the spread of the disease. A more hopeful but still catastrophic model projects somewhere between 100,000 to 240,000 deaths, some of which come out of the Trump administration and some which came from the University of Washington’s Institute for Health Metrics and Evaluation (IHME) and other sources.

The IHME model, for example, doesn’t take into consideration federal social-distancing recommendations, but instead looks at a state-by-state basis, because some states have taken very aggressive and early actions, such as Ohio, Michigan, Illinois and California, while others, such as Florida, have been very late to do anything. The IHME model, however, assumes that by April 7 all states will have imposed a full variety of social-distancing rules.

Although the IHME projection suggests that in many states the pandemic will have peaked in mid to late-April, Chris Murray, IHME’s director, told NPR, “Our rough guess is that come June, at least 95% of the U.S. will still be susceptible. That means, of course, it can come right back. And so, then we really need to have a robust strategy in place to not have a second wave.”

Although the world has faced several major pandemics over the last 100 years, one of the worst was the 1918 influenza pandemic, the so-called Spanish flu. It was caused by an H1N1 virus that originated in birds. It was first identified in the U.S. in military personnel in the spring of 2018. It was dubbed the Spanish flu because it was thought at the time to have originated in Spain. Research published in 2005 suggest it actually originated in New York. It was named Spanish flu because Spain was neutral in World War I (1914-1918), meaning it could report on the severity of the pandemic, but countries fighting the war were suppressing reports on how the disease affected their populations.

At its worse, the Spanish flu infected 500 million people worldwide, which at the time was about a third of the Earth’s population. More than 50 million people died of the disease, with 675,000 in the U.S. There is some disagreement on that figure, with recent researchers suggesting it was about 17.4 million deaths, while others go as high as 100 million. Generally speaking, the fatality rate for the Spanish flu is calculated at about 2%.

Although it is something of a moving target as more deaths occur and broader diagnostic testing is performed, finding higher levels of infection, sometimes with no symptoms, the global fatality rate for COVID-19 as of April 1 is about 5%, although in the U.S. it is about 2.16%. Some experts believe the 5% figure is significantly lower because of doubts about the accuracy of China’s reporting of the cases, where COVID-19 originated.

Some experts, such as Anthony Fauci, director of the U.S. National Institute of Allergy and Infectious Diseases, who is something of the public point-man for the U.S. response to COVID-19, project the fatality rate will be about 1%, which is still about 10 times the fatality rate of a typical seasonal influenza of 0.1%.

Another commonality between the Spanish flu’s H1N1 and the COVID-19 coronavirus is that both are considered “novel,” which is to say, they are so new nobody in either era had any immunity to them. One marked difference between the two is the most affected groups in the 1918 pandemic were otherwise healthy adults between the ages of 20 to 40. Mortality was also higher in people younger than five years of age and 665 and older.

“The 1918 pandemic strain influenza was new and novel for most people under the age of 40 or 50, but that’s where the death rate really was high—that’s different than the usual flu,” Mark Schleiss, a pediatric infectious disease specialist at the University of Minnesota told Healthline.

Demographics of the Pandemics

The most affected groups for COVID-19 are adults over the age of 65 with underlying health conditions. For the most part, children seem to have much milder symptoms.

There were no vaccines for the Spanish flu and there are currently no vaccines for COVID-19. One reason the Spanish flu was so lethal was there were no antibiotics to treat secondary bacterial infections, so control efforts around the globe were limited to non-pharmaceutical responses like isolation, quarantine, disinfectants and limiting public gatherings, although then as now, they were applied erratically. The first flu vaccine to be licensed in the U.S. came about in the 1940s.

The 1918 pandemic ended in the summer of 1919, mostly, Healthline reports, due to deaths and higher immunity levels. Christine Kreuder Johnson, a University of California – Davis professor of epidemiology and ecosystem health and a researcher on USAID’s Emerging Pandemic Threats PREDICT project, said that another thing to take into consideration for the 1918 pandemic was the world was in the middle of a war and soldiers were spreading the virus globally. People also lived in crowded conditions and had extremely poor hygiene.

Still, the COVID-19 pandemic currently has almost double the number of cases worldwide now than the entire 1918 Spanish flu pandemic did. Of course, the world population in 1918 was about 1.8 billion. The higher estimate of 50 million deaths would suggest the Spanish flu killed 2.7% of the world population, while the 17.4 million figure suggest about 1%.

The current world’s population is about 8 billion people with significantly lower death rates from COVID-19 overall. Although the pandemic is far from over, the lower figure is likely related to greater awareness of how viruses and pandemics work, better healthcare, both in terms of access to hospitals, but antibiotics, antiviral drugs and other approaches to treating diseases. In fact, although healthcare facilities are being stretched thin by COVID-19 in many countries, it was quite a bit worse in 1918, as hospitals were dealing with mass casualties and injuries from the war, and many physicians were with the troops, leaving medical students to take care of the influenza patients.

On the other hand, we have a far more connected world with air travel and denser populations, which make the spread of COVID-19 easier and faster.

With all the similarities, it should be emphasized that there are several significant differences between the two pandemics. First off, simply, is that COVID-19 is not influenza, it is more like a chronic acute pneumonia. They are both caused by novel viruses, but different types of viruses with different methods of action and infectiousness.

Secondly, and perhaps most importantly, the ability of researchers to marshal technology and science to quickly develop and/or test drugs for the disease, has never been as strong as it is now. There are more than 100 ongoing clinical trials worldwide of experimental and already approved drugs that might be repurposed to fight COVID-19, with literally dozens of companies globally working on developing vaccines against the SARS-CoV-2 virus that are already in clinical trials and are likely to be available to battle a second wave of the disease.

In fact, one of the primary pharmaceutical treatments for the Spanish flu was aspirin, which had been trademarked by Bayer in 1899, but whose patent expired in 1917, allowing companies to manufacturing it during the pandemic. At the time, medical professionals were recommending up to 30 grams of aspirin daily, which we now know is toxic—doses above four grams are unsafe. Aspirin poisoning symptoms include hyperventilation and pulmonary edema (fluid in the lungs), so many medical historians believe many of the deaths from the Spanish flu were either caused or accelerated by aspirin poisoning.

Global communication and sharing of information are also significantly better than in 1918, which has seen researchers sharing data on the pandemic, the virus and numerous drugs, and governments doing the same.

The COVID-19 epidemic is without a doubt an enormous and unique challenge worldwide, and the battle is nowhere near being over. But there are signs that government policies in several countries, including Germany and South Korea, have been able to contain the virus, and news about several antiviral drug trials, such as Gilead Sciences’ remdesivir, are expected in the next few weeks, should give people hope. Even in China, where the pandemic appears to have originated, seems three months later, to have things largely under control.

As Ross Douthat wrote in The New York Times on March 28, there are signs of what he calls “rational hope,” which “is not the same as reckless optimism. It doesn’t require, for instance, quickly lifting quarantines based on outlying projections of low fatality rates, as some return-to-normalcy conservatives have been doing in the last week. Rational hope accepts that the situation is genuinely dark, but then it still looks around for signposts leading up and out. It recognizes that things are likely to get worse but keeps itself alert to the contexts in which they seem to be getting better—or at the very least, getting worse more slowly.”

And as has been pointed out, pandemics, from the 1918 Spanish flu to the H1N1 pandemic of 2009, do end. Sometimes with seemingly unbearable numbers of deaths, but eventually they do end.