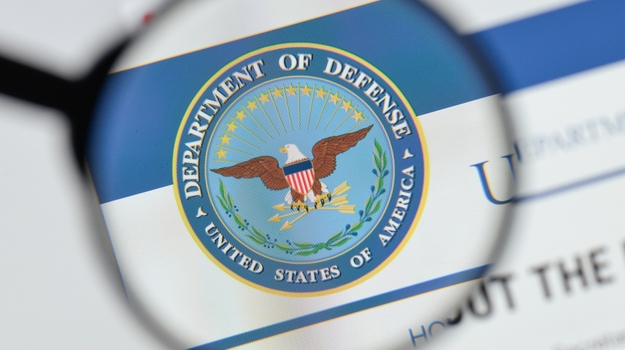 Novavax is one of the U.S. biotech companies working on a vaccine against COVID-19. Its vaccine candidate, NVX-CoV2373, began Phase I testing in Australia in April. Last week, only two weeks after receiving $388 million from the Coalition for Epidemic Preparedness Innovations (CEPI), the Maryland-based company enrolled and dosed the first patients in a Phase I/II study and hopes for preliminary immunogenicity and safety data in July.

Now Novavax has received $60 million in funding from the U.S. Department of Defense (DoD) to manufacture the vaccine candidate. The Joint Program Executive Office for Chemical, Biological, Radiological and Nuclear Defense (JPEO-CRBND-EB), with funding from the Defense Health Program, is supporting Novavax’s manufacture of several components of the vaccine in the U.S. The deal includes a plan to deliver 10 million doses of NVX-C0V2373 to the DoD in 2020 that can be used in a Phase II/III clinical trial or under an Emergency Use Authorization (EUA) if the U.S. Food and Drug Administration (FDA) grants it.

“We are genuinely honored at the opportunity to protect our military personnel and their families who have devoted themselves to the needs of U.S. citizens and others worldwide,” said Stanley C. Erck, president and chief executive officer of Novavax. “Importantly, this award will allow Novavax to significantly expand its U.S. production capacity of NVX-CoV2373, a critical step in our ability to provide vaccine support to the COVID-19 pandemic.”

Novavax’s vaccine leverages its Matrix-M adjuvant, which improves the immunogenicity, allowing for lower doses of the vaccine. The vaccine candidate is made up of a stable, prefusion protein antigen. It was developed using the company’s recombinant nanoparticle technology to generate antigen derived from the coronavirus spike (S) protein.

According to the World Health Organization (WHO) there are more than 133 COVID-19 vaccines in development around the world. Many of the companies, particularly with the most promising vaccines, are beginning wide-scale manufacturing ahead of approval in hopes that, once approved, distribution can begin immediately.

Today, AstraZeneca announced plans to manufacture two billion doses of the vaccine it has partnered with the University of Oxford, with 400 million allotted for the U.S. and UK and one billion for low- and middle-income countries. AstraZeneca entered deals with the Coalition for Epidemic Preparedness Innovations (CEPI), Gavi, the Vaccine Alliance, and the Serum Institute of India (SII). The agreement with CEPI and Gavi was for $750 million, which will support manufacturing and distribution of 300 million doses, with delivery scheduled by the end of this year. The deal with SII is to supply one billion doses for low and middle-income countries, agreeing to manufacture 400 million before the end of this year.

Yesterday, at a summit hosted by British Prime Minister Boris Johnson, countries pledged to raise at least $8.8 billion to fund Gavi, which is supported by the Bill & Melinda Gates Foundation, the World Health Organization (WHO), the World Bank and UNICEF. At the time, Gavi also announced it was launching an Advance Market Commitment (AMC) for future COVID-19 vaccines to ensure that new vaccines are allocated to poorer countries.

AstraZeneca indicated it is building several supply chains in parallel around the world to support global access—at no profit—during the pandemic. So far it has secured manufacturing capacity for two billion doses of the vaccine.

The European Union is planning to leverage an emergency fund worth $2.7 billion to buy promising COVID-19 vaccines ahead of approval. Four countries, Germany, France, Italy and the Netherlands, told a meeting of EU ambassadors yesterday they planned to accelerate negotiations with biopharmaceutical companies to access vaccines that are currently being developed.

The fund, called the Emergency Support Instrument (ESI), would be used to increase vaccine manufacturing capacity in Europe. It would also offer liability insurance to drug companies, since they are scaling up manufacturing of vaccines ahead of proof of viability and safety in hopes they will turn out to be safe and effective.

Many of the smaller biotech companies working on COVID-19 vaccines have partnered with larger biopharma companies to handle distribution and manufacturing. These include Pfizer and BioNTech, Moderna and Switzerland’s Lonza, as well as individual efforts by GlaxoSmithKline, Johnson & Johnson, and Sanofi. There is a recognition that with a need to vaccinate most of the world, no one company or product is likely to be sufficient.