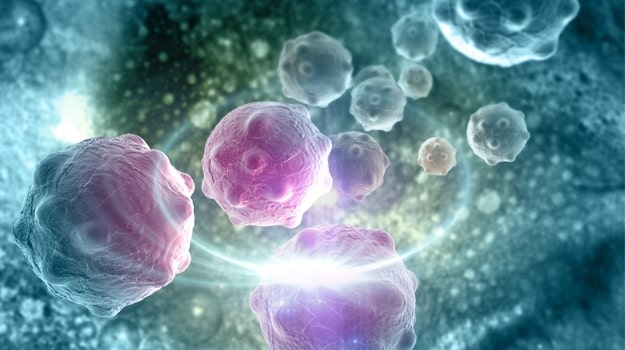 Biopharma companies focused on oncology continue to release data that will be presented at the 2020 virtual meeting of the European Society of Medical Oncology. BioSpace continues to round up a collection of studies that will be shared through the conference.

Merck – AstraZeneca and Merck announced positive five-year follow-up data from the Phase III SOLO-1 trial which demonstrated a long-term progression-free survival (PFS) benefit of Lynparza as a first-line maintenance treatment in patients with newly diagnosed, advanced BRCA-mutated (BRCAm) ovarian cancer who were in complete or partial response to platinum-based chemotherapy. Data from the study showed that Lynparza reduced the risk of disease progression or death by 67% and improved median progression-free survival to 56 months compared to 13.8 months for placebo. At the five year mark, 48.3% of patients treated with Lynparza remained free from disease progression compared to 20.5% on placebo, the companies said. Additionally, the median duration of treatment with the PARP inhibitor was 24.6 months versus 13.9 months for placebo. The safety profile of Lynparza was consistent with previous observations in SOLO-1.

“Once a patient’s ovarian cancer recurs, it has historically been incurable. Even at an advanced stage, we have shown that maintenance treatment with Lynparza can help patients achieve sustained remission. Today’s results further underline the critical importance of identifying a patient’s biomarker status at the time of diagnosis to be able to offer a maintenance treatment that may help delay disease progression for these patients,” José Baselga, executive vice president and head of oncology R&D at AstraZeneca said in a statement.

Ovarian cancer is the eighth most common cause of cancer death in women worldwide and in 2018 there were nearly 300,000 new patients diagnosed and around 185,000 deaths globally. Approximately 22% of patients with ovarian cancer have a BRCA1/2 mutation.

Incyte – Data from Incyte’s Phase II POD1UM-202 trial evaluating retifanlimab (formerly INCMGA0012) for the treatment of patients with advanced squamous carcinoma of the anal canal (SCAC) who have progressed following platinum-based chemotherapy were positive. In a late-breaking mini-oral session, Incyte shared key findings from the mid-stage study, including use of retifanlimab as a monotherapy resulted in a confirmed objective response rate of 14%. Responses were observed regardless of PD-L1 status, presence of liver metastases, age or HIV positive status, Incyte said. Retifanlimab was generally well-tolerated, with a safety profile as expected of a PD-1 inhibitor and no loss of HIV infection control. SCAC is associated with human papillomavirus (HPV) and HIV infections and accounts for almost 3% of digestive system cancers. Patients with metastatic SCAC have a poor 5-year survival and there are no standard treatments for patients who have progressed after first-line chemotherapy treatment.

“These data are especially important because this trial enrolled HIV+ patients who are at the greatest risk of developing SCAC and are typically systematically excluded from oncology clinical trials,” Lance Leopold, head of Immuno-Oncology Clinical Development at Incyte said in a statement.

Eisai – Eisai will present data from ongoing LEAP clinical trials on the investigational lenvatinib plus pembrolizumab combination as a potential treatment for advanced melanoma patients who were previously treated with a PD-1 or PD-L1 inhibitor. Eisai will also present similar data from the combination for patients who had been treated with a checkpoint inhibitor in multiple other indications, including biliary tract cancer, triple-negative breast cancer, colorectal cancer, gastric cancer, glioblastoma and ovarian cancer. Eisai will also present results from its eribulin platform pipeline, comprised of safety and efficacy data from Study 114 evaluating the liposomal formulation of eribulin in various solid tumors.

Takeda– Japan’s Takeda will present data from its lung cancer portfolio at ESMO that includes Insights from sub-analyses of the Phase III ALTA 1L study, featured in two on-demand poster sessions, which reinforce both the compelling evidence of intracranial efficacy with Alunbrig (brigatinib) as a first-line treatment for patients with anaplastic lymphoma kinase-positive (ALK+) non-small cell lung cancer (NSCLC) as well as associated quality of life data. Presentation of these data follows the U.S. Food and Drug Administration approval for Alunbrig in the first-line setting.

Additionally, Takeda will provide 10-month follow-up results from the Phase I/II study of mobocertinib (TAK-788) in lung cancer. The results show mobocertinib achieved a duration of response of more than one year in the trial’s study population of NSCLC patients with epidermal growth factor receptor (EGFR) Exon20 insertion mutations.