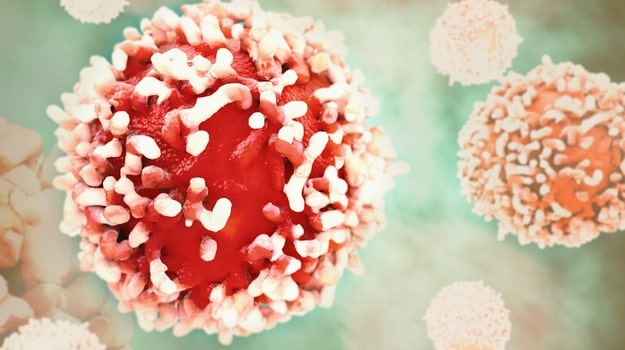 Under the terms of the deal, Merck picks up exclusive global rights to develop and commercialize drugs that target dysregulation of a single transcription factor. Foghorn will receive an undisclosed upfront payment and research milestones and will be eligible for various other milestones that could total up to $425 million in addition to royalties on sales of any products that hit the market from the collaboration.

Chromatin is made up of RNA, DNA and proteins, and is typically a fibrous material that packages DNA into chromosomes and into a small space so it can fit into the cell’s nucleus. It also plays a protective role of DNA structure and sequence.

This marks Foghorn’s first partnership with a major pharmaceutical company.

“Foghorn aims to be thoughtful about what to partner and with whom, as we aim to build an integrated biotech and advance several of our programs into the clinic ourselves,” Gottschalk told Xconomy.

Since its launch, the company has invested in at least 10 preclinical programs, which currently are a mix of small molecules and protein degraders focused on cancer. It hopes to file an Investigational New Drug (IND) application for one of the programs this year with the U.S. Food and Drug Administration (FDA) to launch a human clinical trial. What the program is or what indication it will focus on is still being kept under wraps.

The company launched in March 2018 with $50 million from Flagship Pioneering. It was founded in 2016 by Cigall Kadoch of the Dana-Farber Cancer Institute and Gerald Crabtree at Stanford University with Doug Cole, managing partner at Flagship. Gottschalk was previously head of neurodegeneration research at Biogen.

Based in Cambridge, Massachusetts, the company added almost 60 staff from the 25 it originally had when it launched in 2018.

For its part, Merck has already invested in a gene-regulation company, acquiring Peloton Therapeutics in Dallas in May 2019. It made an upfront payment of $1.05 billion in cash and Peloton is eligible for another $1.15 billion in regulatory and sales milestones.

Peloton’s lead candidate is PT2977, a novel oral HIF-2alpha inhibitor for von Hippel-Lindau disease-associated development for renal cell carcinoma (RCC). It is also being investigated in metastatic RCC in combination with a VEGFR inhibitor, cabozantinib, and in glioblastoma. The company also evaluated PT2567 in preclinical work for pulmonary arterial hypertension (PAH).

The primary focus of Peloton is on the Hypoxia-inducible factor-2a (HIF-2a) transcription factor. HIF-2a is abnormally activated in several cancers as the result of the inactivity of the VHL tumor suppressor. The VHL inactivation is observed in more than 90% of clear cell RCC, the most common type of kidney cancer.

Nick Haining, vice president, Discovery Oncology & Immunology for Merck Research Laboratories, stated, “There is broad evidence for the role of dysregulated transcription factors in multiple cancer types, but these have been difficult targets to drug. We look forward to working with Foghorn and applying their platform to identify novel candidates to drug transcription factors in cancer.”