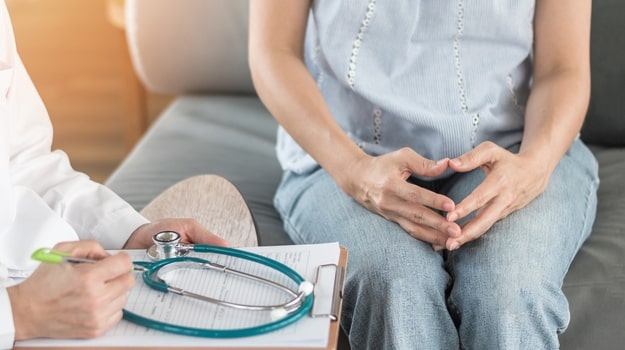 Genentech, a Roche company, announced that the Phase III IMagyn050 trial of Tecentriq (atezolizumab) and Avastin (bevacizumab), paclitaxel and carboplatin did not hit the primary endpoint of progression-free survival (PFS) for frontline newly-diagnosed advanced ovarian cancer.

Tecentriq is the company’s anti-PD-L1 checkpoint inhibitor. Avastin is an antibody that binds to VEGF, which plays a role in cancer by developing and maintaining blood vessels, in other words, angiogenesis. Paclitaxel and carboplatin are chemotherapy drugs.

Although the trial failed to meet the primary endpoint of PFS, the data for overall survival (OS) as a co-primary endpoint is not yet mature. The company plans to continue the trial until the next planned analysis.

“Ovarian cancer remains one of the most aggressive cancers and is difficult to treat in its advanced stages,” said Levi Garraway, chief medical officer and head of Global Product Development for Genentech. “While we are disappointed by these results, we remain committed to improving outcomes for women living with this disease and are pleased that Avastin remains a key component in the treatment of front-line ovarian cancer.”

The IMagyn050 Phase III is evaluating the efficacy and safety of Tecentriq with Avastin, paclitaxel and carboplatin compared to placebo plus Avastin, paclitaxel and carboplatin in women with stage III or IV ovarian cancer who are receiving neoadjuvant or adjuvant therapy. The patients in the trial were split 1:1 either before or after surgery. The co-primary endpoints are investigator-determined PFS and OS for two different groups, the intent-to-treat (ITT) population and the PD-L1-positive subpopulation.

The trial is being run in collaboration with The GOG Foundation and the European Network of Gynaecological Oncological Trial groups (ENGOT).

The American Cancer Society indicates that ovarian cancer is the fifth most common cause of cancer deaths in women. This year, about 21,000 women will be diagnosed with ovarian cancer and 14,000 will die from it. It is the leading cause of death from any gynecological cancer. Most patients are not diagnosed until they already have advanced disease. As a result, the five-year survival rate is less than 30%.

And it’s not completely clear why they work so well in some cancers and poorly in others.

Tecentriq is approved by the U.S. Food and Drug Administration (FDA) in nine different indications, including bladder cancer, lung cancer and liver cancer. Roche expects Phase III trials in other cancers, including lung, genitourinary, skin, breast, gastrointestinal, gynecological, and head and neck cancers, with Tecentriq as a monotherapy and in combination with other drugs.

Tecentriq is one of Roche’s fastest-growing drugs. In the first quarter of this year, sales almost doubled compared to the first quarter 2019, bringing in $673 million. However, the sales of its most successful cancer drugs, Avastin, MabThera and Herceptin, are facing competition from biosimilars, and sales are beginning to drop.