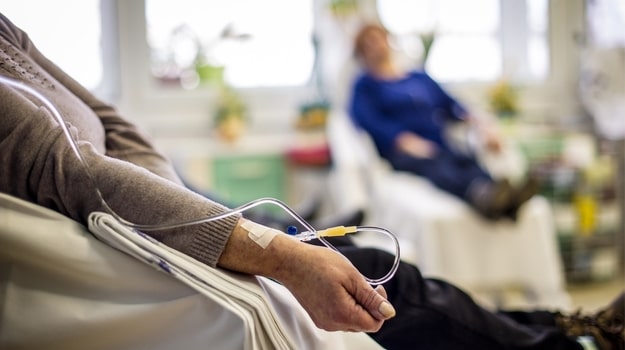 On Thursday, Genentech, a subsidiary of Swiss pharma giant Roche, said the Phase III Impassion31 study did not meet statistical significance on its primary endpoint of progression-free survival (PFS) for the initial (first-line) treatment of patients with metastatic triple-negative breast cancer (TNBC), in the PD-L1-positive population. The study assessed Tecentriq (atezolizumab) in combination with the chemotherapy drug paclitaxel in this patient population against placebo and paclitaxel.

Tecentriq is an anti-PDL1 inhibitor. The drug is designed to bind to PD-L1 expressed on tumor cells and tumor-infiltrating immune cells, blocking its interactions with both PD-1 and B7.1 receptors. When it inhibits PD-L1, it allowed the activation of T-cells, allowing these immune cells free rein to attack the cancer.

In its announcement, Genentech noted that the data for overall survival (OS), a secondary endpoint of the trial, showed a negative trend. However, Genentech said the trial was not mature at the study cutoff. Additionally, the South San Francisco-based Genentech said the Impassion131 study was not powered for the secondary endpoint of OS. A follow-up to assess overall survival is planned to continue, the company added.

Additional secondary endpoints for the Impassion131 trial included objective response rate and duration of response in the PD-L1-positive and ITT populations. Tecentriq’s safety remained consistent with other studies, the company said.

Full results from the IMpassion131 study will be presented at a future medical meeting. The insights will also be used to inform existing and future studies in TNBC with Tecentriq in combination with paclitaxel, Genentech said.

Levi Garraway, chief medical officer and head of Global Product Development for Genentech, expressed his disappointment at the failed results.

“Today’s results underscore the need to better understand the cancer and immune system interactions, including the chemotherapy backbone and associated regimens. We remain committed to finding optimal treatments for all people living with this aggressive disease,” Garraway said in a statement.

Breast cancer is the most common cancer among women worldwide. In triple-negative breast cancer, tumor cells lack hormone receptors and do not have excess HER2 protein. Approximately 15% of breast cancers are triple-negative based on the results of diagnostic tests. It is an aggressive form of the disease with few treatment options. Tecentriq in combination with nab-paclitaxel is currently approved for the treatment of adults with unresectable locally advanced or metastatic TNBC in people whose tumors express PD-L1.

While the Impassion131 study did not hit the mark, in June, Genentech announced that Tecentriq in combination with Celgene’s Abraxane followed by chemotherapy demonstrated a statistically significant and clinically meaningful improvement in treating patients with early triple-negative breast cancer. Data from the Phase III IMpassion031 study showed the combination met its primary endpoint of improving pathological complete response (pCR) of patients with early triple-negative breast cancer (TNBC), regardless of PD-L1 expression following 21 weeks of treatment.