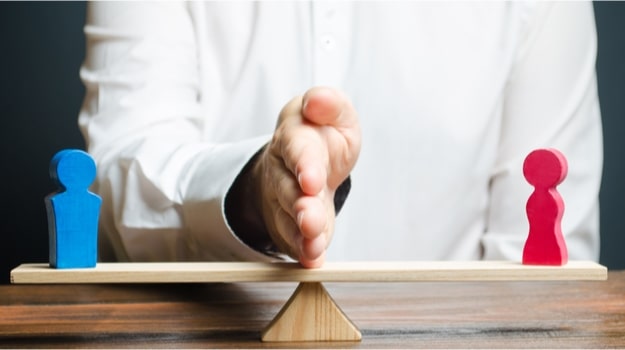 Shares of Denmark-based Genmab A/S fell more than 13% in premarket trading after the company announced late Tuesday that it was squaring off with Janssen in a legal battle over royalties from its multiple myeloma drug, Darzalex.

In a brief statement, Genmab said it initiated binding arbitration related to two matters under its Darzalex (daratumumab) license agreement with Janssen Biotech, a subsidiary of life sciences giant Johnson & Johnson. Genmab said it is entitled to royalties from the marketing of the drug for both the intravenous form of Darzalex, and Darzalex Faspro for subcutaneous administration. Darzalex has been the primary cash cow for the Danish company.

Genmab said bringing Janssen to the arbitration table will settle whether or not the Danish company is required to share in Janssen’s royalty payments to Halozyme Therapeutics, Inc. for the Halozyme enzyme technology used in the subcutaneous formulation of daratumumab. The royalties Janssen pays to Halozyme represent a mid-single digit percentage rate of subcutaneous daratumumab sales. Janssen has started reducing its royalty payments to Genmab by what it claims to be Genmab’s share of Janssen’s royalty payments to Halozyme for the second quarter of 2020, the company said. In its announcement, Genmab did not indicate the severity of the reduction, or the impact to its finances.

Additionally, Genmab said the arbitration meeting will confirm how long Janssen is expected to pay royalties. According to the company, the relevant Genmab-owned patents will expire in the late 2020s and early 2030s. The relevant Janssen-owned issued patents and patent applications (if granted) covering the subcutaneous formulation of daratumumab would expire in the mid-2030s, the company added.

“While Genmab intends to vigorously protect its rights under the agreement, the outcome of any arbitration proceeding, as well as its duration, is inherently uncertain,” the company said in a statement.

If the arbitration court rules against Genmab, analysts from Jeffries suggest the Danish company’s market share could be reduced by one-fourth, Reuters reported.

Based on currently available information, Genmab does not expect these matters to materially affect its 2020 financial guidance.

Despite the arbitration, Genmab and Janssen will continue their collaboration to develop a successor to Darzalex, a next-generation CD38 antibody product for the treatment of multiple myeloma and diffuse large B-cell lymphoma.