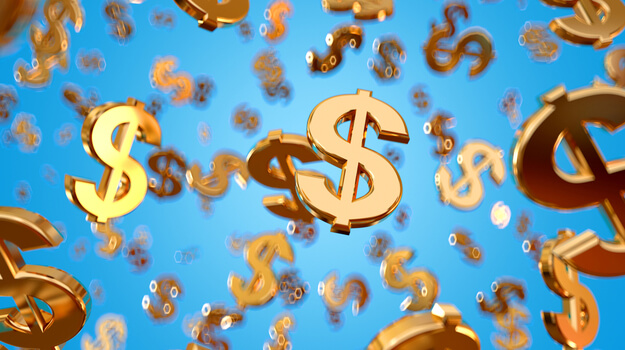 Gilead Sciences set the price of the only approved treatment for COVID-19, remdesivir, at $390 per vial, which for most patients receiving a 5-day treatment using six vials, would come to $2,340 per patient.

Daniel O’Day, Gilead’s chairman and chief executive officer, outlined the reasoning behind the price, noting that normally, they would price a drug based on “the value it provides.” Since the drug showed in studies to shorten time to recovery in hospitalized patients by an average of four days, that would typically result in hospital savings of about $12,000 per patient. However, they decided to price it below that value.

“To ensure broad and equitable access at a time of urgent global need, we have set a price for governments of developed countries of $390 per vial…. Part of the intent behind our decision was to remove the need for country by country negotiations on price. We discounted the price to a level that is affordable for developed countries with the lowest purchasing power.”

As a result, this price will be the same for all governments in developed countries where the drug is approved or authorized for use, even in the U.S. In the U.S., because of the way the system is set up and discounts applied, the price for U.S. private insurance companies will be $520 per vial.

The company also entered a deal with the U.S. Department of Health and Human Services (HHS) where HHS and states will decide on hospital allocations of the drug until the end of September. After that, HHS will no longer handle the allocation.

In developing countries, Gilead inked deals with generic manufacturers to deliver remdesivir at a substantially lower cost. “These alternative solutions are designed to ensure that all countries in the world can provide access to treatment,” O’Day wrote.

In the last two weeks, Gilead has also indicated it plans to test remdesivir in children and to test an inhaled formulation of the drug. COVID-19 isn’t as common in children, and few clinical trials enroll children. It expects to begin enrolling an open-label, single-arm Phase II/III clinical trial of the drug in about 50 pediatric patients with moderate-to-severe COVID-19, including newborns through adolescents. It will be run at more than 30 locations in the U.S. and Europe.

Currently remdesivir is given to patients intravenously via daily infusions at the hospital. On June 22, Gilead indicated it had received the go-ahead from the FDA to begin clinical trials of an inhaled formulation of the drug. It plans to begin screening healthy volunteers for the Phase I trial in August. If it works, it could be given to patients using a nebulizer, which would allow for easier dosing outside the hospital and potentially in earlier stages of the disease.

At the time, O’Day wrote, “We have already learned a lot about how remdesivir works in a relatively short space of time. All of us at Gilead are grateful for the strong collaborations that helped to make this possible and to the thousands of patients who have taken part in clinical trials.”

The prices set for remdesivir will undoubtedly be criticized, some as too high and some as too low; in all fairness to the company, they would take criticism for whatever price they set for the drug.

The Institute for Clinical and Economic Review (ICER), a nonprofit that acts as something of a self-appointed watchdog for drug pricing, indicated that remdesivir could be cost-effective at $5,080 per treatment course. But, taking into consideration some studies indicating dexamethasone might save COVID-19 lives at a far lower price, they believe a fair price for remdesivir could be as low as $2,520.

Dexamethasone is a steroid that is both widely available and inexpensive. In a UK Government-funded trial, dexamethasone decreased the risk of death in COVID-19 patients on ventilation by as much as 35% and in patients on oxygen by 20%, decreasing the total 28-day mortality rate by 17%. Compared to remdesivir, which showed clinical improvement in 68% of patients, while showing decreased mortality trends that were not statistically significant.

They have very different mechanisms of action, however, which might make the two drugs in combination even more effective. Remdesivir slows the damage caused by the virus and decreases its replication, while dexamethasone decreases the damage related to the hyper-inflammatory immune response.