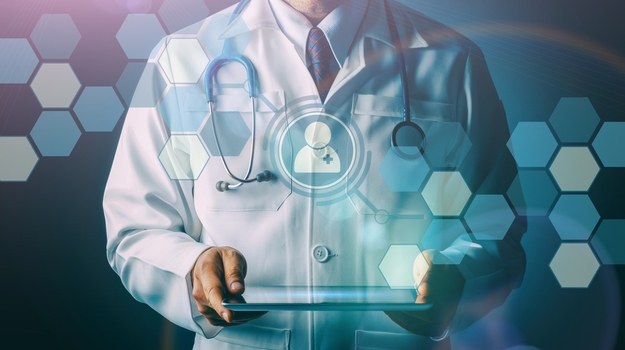 Although not official and largely anecdotal, there are early signs that Gilead Sciences’ experimental antiviral drug, remdesivir, is effective in treating COVID-19. The company has conducted at least five trials, although at least one in China was halted because of lack of patients to enroll. And Gilead recently published data in the New England Journal of Medicine on 53 patients who received the drug under a compassionate use basis that suggested promising results.

A report by STAT suggested that a clinical trial at University of Chicago Medicine was demonstrating early recoveries in fever and respiratory symptoms, with nearly all patients discharged in less than a week.

Although what STAT is hearing out of that clinical trial is raising expectations, numerous market analysts and scientists are urging caution. Gilead is one of those, providing a statement to Reuters, saying “the totality of the data needs to be analyzed in order to draw any conclusions from the trial.”

The University of Chicago Medicine issued a statement saying that “drawing any conclusions at this point is premature and scientifically unsound.”

Remdesivir is a broad-spectrum antiviral originally developed to treat Ebola, but was ineffective. In preclinical work conducted at the University of North Carolina and Vanderbilt University before the pandemic, it had shown promise against a wide range of viruses, including coronaviruses. In Ebola it had been found to be safe but ineffective. But the data acquired in those trials helped move it to more advanced trials in COVID-19.

The Chicago trial recruited 125 COVID-19 patients. Of them, 113 had severe disease. All patients were given daily infusions of the drug. Which is another reason for concern, since there was no control group for the study.

“The best news is that most of our patients have already been discharged, which is great,” Kathleen Mullane, the University of Chicago infectious disease specialist leading the studies for the hospital, reported STAT. “We’ve only had two patients perish.”

She made the statements during a video discussion with other University of Chicago faculty members, which was recorded and obtained by STAT.

One concern here is simply that there isn’t enough data, and researchers and health care providers don’t want to make the same mistakes made about the use of malaria drugs chloroquine and hydroxychloroquine. These drugs, traditionally used to treat malaria, but also rheumatoid arthritis and lupus, were suggested as being effective by French physicians, then touted by President Trump as a “game-changer.” However, clinical trials are increasingly showing the drug is ineffective for treating COVID-19 and potentially very risky because of serious side effects.

Michael J. Yee, analyst with Jefferies, published a note on the Chicago study saying it provided an “incremental positive,” and “this clinical trial experience appears to represent another encouraging, albeit largely anecdotal, data point for this high-profile drug candidate.”

Data from this trial and from other locations and other trials are expected later this month. Results from clinical trials on patients with moderate disease symptoms is expected in May. These are Gilead trials. There are two additional trials being conducted by the National Institutes of Health, which have a more robust trial design—an adaptive, randomized, double-blind, placebo-controlled study.

Mullane herself expressed caution, saying, “It’s always hard,” referring to the trial in severe patients not including a placebo control group. “But certainly when we start [the] drug, we see fever curves falling. Fever is now not a requirement for people to go on trial, we do see when patients do come in with high fevers, they do [reduce] quite quickly. We have seen people come off ventilators a day after starting therapy. So, in that realm, overall our patients have done very well.”

At this point, the data from the New England Journal of Medicine report and the news coming out of Chicago are encouraging and hopeful, but quite a ways from saying whether remdesivir will be the drug the world is hoping it will be.