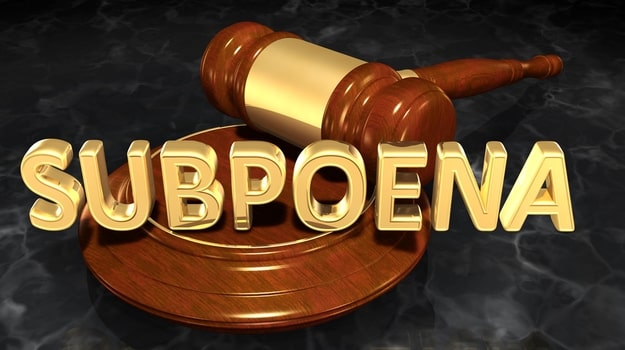 Shares of AbbVie fell nearly 4% Tuesday following the issuance of a subpoena from the U.S. House Oversight and Reform Committee regarding an ongoing investigation into drug pricing.

In particular, the House committee is interested in corporate documents related to the pricing of AbbVie’s blockbuster treatments Humira and Imbruvica, Reuters reported. For the House, the subpoena is part of an ongoing investigation into the pricing practices of the pharmaceutical industry. AbbVie, which has been well-known for its legal maneuvers to protect the patents for its cash cow Humira, joins the likes of Amgen, Novartis, Sanofi, Teva Pharmaceuticals, AstraZeneca, Bristol Myers Squibb and more to fall under the legislative microscope.

In a statement Tuesday, Rep. Carolyn B. Maloney, the chairwoman of the Committee on Oversight and Reform, said the subpoena was issued to AbbVie because, for the past 18 months, the Illinois-based company has “demonstrated its unwillingness to comply voluntarily with the Committee’s investigation.”

In 2019, former committee chairman Rep. Elijah Cummings, who died in October of the same year, announced the government would conduct an investigation into the pricing practices of 12 drug companies that sell 19 of the most expensive medications sold in the United States. When the investigation began, Cummings wrote to AbbVie Chief Executive Officer Richard Gonzalez and other top officials in the industry to request information on price increases, investments in research and development, and corporate strategies to preserve market share and pricing power for its medications. Cummings issued multiple letters, particularly to AbbVie, which the government said had only provided responses deemed “woefully inadequate.”

Maloney said AbbVie’s responses to the committee’s requests stand out as “particularly egregious,” especially when compared to other companies that have cooperated with the committee’s investigation. Since the investigation began, AbbVie has produced fewer than 7,000 documents to the Committee. A significant portion of those were non-substantive or duplicative, the committee said.

Humira, a treatment for rheumatoid arthritis and other inflammatory diseases, generated nearly $20 billion in revenue for AbbVie in 2019. The government noted that for the 10 year period of 2009-2019, AbbVie has increased the price of Humira 18 times. Despite the approval of multiple biosimilars to Humira, the company’s thicket of patents that prevents any such competition in the United States until 2023. For several years, Humira has been the top-selling drug in the world. Imbruvica, the company’s treatment for chronic lymphocytic leukemia, brought in $4.8 billion last year.

AbbVie denied the accusations of being irresponsive to the requests of the committee. The company said it has cooperated with the government since the first letter sent to Gonzales last year.

“While we are surprised and disappointed the committee chose to take this action, we will continue to work in good faith with them on this important subject,” AbbVie said in a statement to Reuters.