The food industry is under pressure to create products that don’t just taste great, but that are also good for our health and for the environment. Biotechnology is emerging as a solution to enjoy the flavors we love without damaging our bodies or nature.

We’ve been adding flavor to our food since ancient times. Throughout history, spices have been a form of currency due to their value. Today they are more of a commodity, but many of us would find it difficult to live without tasting the flavors of our favorite foods and drinks.

Flavorings were traditionally produced by extracting molecules from plants. Today, many of them are produced using chemical engineering. Take vanillin, the molecule that gives vanilla its characteristic flavor. You will almost certainly have eaten it at some point in ice cream, chocolate, cakes, or soda drinks. Most of the vanillin used today is produced in a petrochemical process, with only 1% coming from the actual vanilla plant.

In recent years, a third alternative has infiltrated the flavoring market: biotechnology. Most of the companies in this field are using yeast or bacteria to produce flavoring compounds through fermentation. The biotech industry is taking over the flavoring market thanks to the advantages it offers compared to traditional methods.

One of the most in-demand products in the flavor industry is sugar. But excessive sugar consumption is now being blamed for causing diabetes, obesity, and heart disease at an epidemic level. Everyone is looking for alternatives. Biotechnology is already tapping into this market — the Swiss company Evolva developed a method to produce the sweetener stevia through fermentation. The product is nowadays sold by global food provider Cargill.

However, a big challenge remains for replacing sugar with healthier alternatives. “The food industry wants to replace sugar across almost all food and drink categories. It’s been very successful in doing that from drinks. Pepsi Max is now 26 years old — that was one of the first sugar-free soft drinks on the market. Twenty-six years later, the problem has still not been solved for solid food,” Tom Simmons, CEO of Stem, told me. 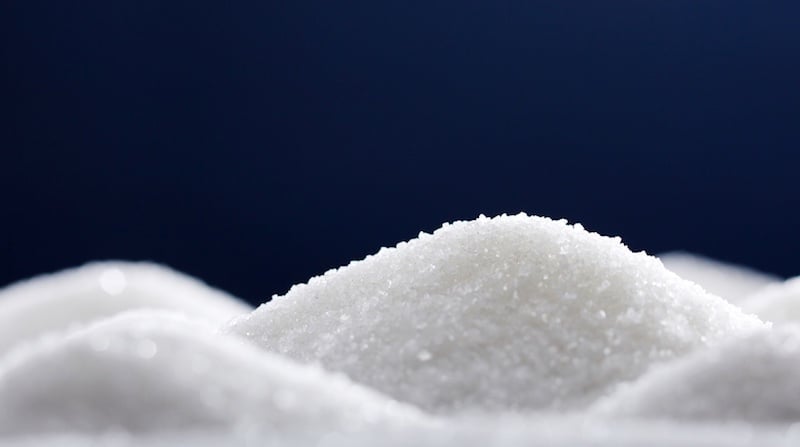 Stem (previously known as Cambridge Glycosciences) is developing a biological method to extract, from plants, natural compounds that can be used as sweeteners beyond soda drinks. “It’s harder to replace sugar in solid food because sugar plays a role in the texture; it browns, it caramelizes, it crystallizes,” Simmons told me. “You could add stevia to a cake mix and take out the sugar and it would in principle be sweet, but it wouldn’t actually taste like a cake because it would just lack all the texture.”

To overcome this issue, the company is focusing on natural compounds that have a chemical structure more similar to that of the sugar we extract from sugar beet or sugar cane. Stem is first aiming to enter the baking market, in products such as cookies and biscuits. The ultimate goal is to enter all sorts of food markets at a price that is competitive with sugar.

“As much as the food industry wants to be healthy it really is driven by economics. To hit mainstream markets you need to have low prices,” said Simmons. As the company scales up production from kilograms to tons, he expects to be able to achieve competitive pricing in a 5-year timeframe. In the meantime, they will focus on markets that are willing to pay a premium for healthier alternatives.

When compared to the traditional extraction of flavor molecules from plants, biotechnology can provide a valuable advantage: consistency. Seasonal changes make the amount, quality, and price of raw material fluctuate wildly throughout the year.

“We’ve seen cases, for instance with vanilla, in which significant weather changes affect the whole harvest and you cannot buy the ingredients. Suddenly you cannot make natural ice cream vanilla flavor,” said Martin Plambech, CEO of Biosyntia, a Danish company working on improving the production of chemicals using industrial biotechnology. “Biotechnology is an alternative way of delivering a more natural solution, but significantly more stable from the supply perspective and price perspective.”

That’s one of the biggest sell points of Isobionics, a Dutch biotech company that supplies flavors and fragrances of orange, grapefruit, bergamot, and ginger among others. “We started with producing valencene, which has an orange smell and taste,” Toine Janssen, founder and CEO of Isobionics, told me. “We produce it the same way you would produce beer and it is equal to the valencene you would get out of the orange or the orange peel. It’s that simple.” 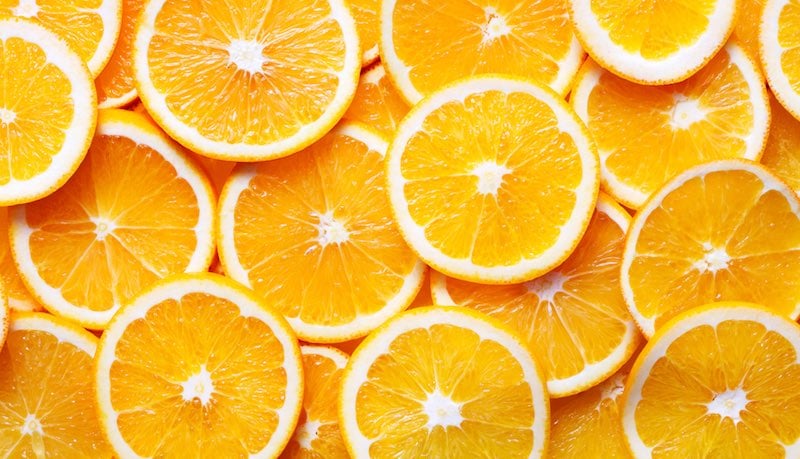 “The most important advantage is that it’s not harvest-dependent. You can normally only buy valencene once or twice per year. The flavor depends on how much sun it’s got and how much rain it’s got,” he explained. “We’ve been producing the same flavor for more than 10 years. It’s very stable, always smelling and tasting the same, and we can always produce as much as we want.”

This technology gets around disruptions in harvesting caused by droughts and crop diseases. Janssen pointed out that last year greening disease spread across Florida, lowering the production of oranges from 250 million to around 70 million boxes per year. “We have a very good alternative for these products. Our price is the same, but our advantage is bigger.”

Isobionics has been selling its fermented valencene since 2010 and developing processes to produce three to four new natural flavors every year. Janssen has seen that demand is there and that the market for the biotech alternative is growing, very fast.

Better for the environment

When compared to traditional sources, biotechnology offers an alternative to produce flavors and smells that can reduce the harm to the environment. Even natural sources can have a big negative impact on the environment. Vanilla has become notorious for the deforestation it is causing in Madagascar, and the processing of the beans creates toxic wastewater.

When growing oranges, a lot of water is needed, and it usually has to be transported as they are often grown in places with more arid climates, such as Spain or Israel. The fruit then has to be transported, cut, peeled, and distilled to take out the molecule that gives them flavor.

“In oranges, there is less than 0.04% of valencene,” Janssen explained. “For one liter of valencene, you need 160.000 oranges. We need not even a kilogram of sugar to make the same amount of valencene through fermentation.”

It’s the same situation for most natural flavorings. “You would need to harvest more than a hectare of raspberries to produce one gram of their aroma. You’d need a damn lot of raspberries, which are way better to eat than to produce aroma,” said Nicolai Assenmacher, Sales and Project Manager at Phytowelt GreenTechnologies. This biotech company uses fermentation to produce R-alpha-lonon, the major compound behind the flavor and smell of raspberry. 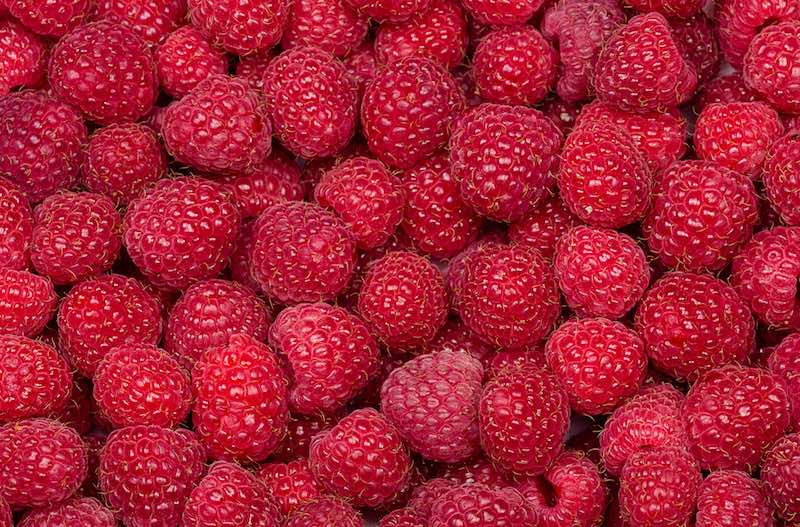 Like Isobionics, Phytowelt uses sugar for fermentation, but the company is looking into the possibility of using wood extracts as the raw material to make the process more sustainable. “We try to get more into the circular bioeconomy and use renewable feedstock to produce a product that is independent of oil,” Assenmacher told me.

Although their raspberry aroma is sold at a higher price, its quality is greater than those produced synthetically. The petrochemical processes also yield other molecules that, though chemically similar to R-alpha-lonon, don’t contribute any flavor and can be toxic in larger amounts.

Overall, the reduction of the impact on the environment can be significant. “More and more people are interested in the sustainability perspective. With the processes that we look at, we look at the life cycle assessment and we have estimated that we have more than 90% lower chemical waste and 80% less CO2 emissions. We know for a fact that there’s a significant sustainability benefit,” said Plambech.

Biotechnology on your plate

As the demand for healthier, greener, and overall better alternatives for putting flavor on our plates grows, biotechnology will be more and more present in the food we eat. One of the key barriers to becoming mainstream is pricing. Many chemical methods have been optimized to produce flavor molecules that are in high demand at extremely low costs. In contrast, developing biotechnological alternatives from scratch requires a significant investment.

“First, we’ll probably see biotech solutions for the most expensive flavors where there’s a challenge with the chemical supply. Then, I think biotech will evolve to become better and better. You will see biotech rapidly going to lower and lower prices,” said Plambech. “But it’s not going to happen overnight.”

His company, Biosyntia, is actively tackling this problem with a technology to identify strains of bacteria that are optimal to produce a specific compound. As Plambech puts it, while others look for a needle in a haystack, their method is like burning down the haystack to find the needle. With technologies like this, biotech is getting closer to taking over the flavor industry.

“We will be delivering products that are better for the body and available at the same cost as the chemical version. On top of that, we save the environment from tons of carbon dioxide and chemical waste. It’s just better on all fronts,” added Plambech.

Companies like Isobionics are already reliably producing large amounts of natural flavors using biotechnological methods, and making a profit — something still relatively rare in the industrial biotech world. “We’re just at the beginning,” said Janssen. “We are focusing on these compounds for now but there are 40,000 to go.”

This article was originally published in March 2019 and has since been updated. Cover image by Elena Resko, images from Shutterstock.

The post How the Biotech Industry Makes Flavors Healthy and Eco-Friendly appeared first on Labiotech.eu.