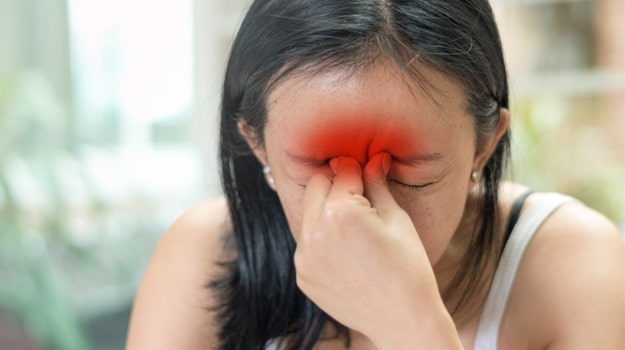 Lyra Therapeutics is a clinical-stage pharmaceutical company focused primarily on developing and testing new treatments for ear, nose and throat diseases. On September 10, they announced exciting data for their drug LYR-210, a novel treatment directed toward treating chronic rhinosinusitis. This announcement was made at the 66th Annual Meeting of the American Rhinologic Society, in Boston Massachusetts.

Chronic rhinosinusitis is an inflammatory disease of the paranasal sinuses that persists for 3 months or more. Estimates place the prevalence of this disease to be between 1% and 5% of the United States population, or approximately 14 million people, with the majority of people dealing with chronic rhinosinusitis experiencing a combination of facial pressure, nasal obstruction, discolored nasal drainage and/or hyposmia. Treatments usually focus on managing symptoms and improving the patient’s quality of life through administration of anti-inflammatory drugs or corticosteroids. Often, more severe cases require endoscopic sinus surgery to ameliorate nasal obstruction.

LYR-210 is a non-surgical intervention that involves implanting a mesh matrix based on Lyra’s XTreo platform in the nasal passage of the patient, at the site of inflammation. The matrix releases a proprietary combination of steroids over a timeframe of four weeks. The primary goal of LYR-210—and, more broadly, Lyra’s XTreo platform—is to provide non-surgical alternatives to patients who are treatment resistant for chronic rhinosinusitis.

In a study with a total of 20 surgically naïve patients, LYR-210 was found to significantly reduce the level of both the protein and the mRNA levels of these inflammatory markers. In addition, it significantly reduces rhinosinusitis symptoms in these patients, suggesting a potentially promising therapeutic role.

Another study further supported LYR-210 as a therapeutic option for chronic rhinosinusitis. This study followed the same cohort of 20 surgically naïve patients over a timeframe of 24 weeks and monitored their symptoms. The primary objective of the study was to determine what effect LYR-210 had on what are known as the four cardinal symptoms of chronic rhinosinusitis. These symptoms are nasal blockage, post-nasal discharge, facial pain and/or pressure and a decreased sense of smell. The patients were asked to fill out the Sino-nasal outcome test at four week intervals over the 24 weeks and reported that all four cardinal symptoms were significantly ameliorated upon treatment.

Lyra’s final announcement at the meeting was about their XTreo platform, the drug releasing matrix which LYR-210 is based on. A common treatment for chronic rhinosinusitis is administration of mometasone furoate through intranasal spray. They found that their XTreo matrix sustained mometasone furoate elution over 60, 90, 120 and 180 days. They also found that the mesh structure self-expands to the nasal cavity of the patient, allowing for more direct drug delivery to the nasal tissues.

Lyra concluded that XTreo may be a preferrable administration methodology to nasal sprays, stating that treatment adherence in the case of XTreo will be 100% due to the implantation of the mesh. This provides good proof of principle for LYR-210 administration through the same platform.

Based on these findings, Lyra is advancing LYR-210 into Phase II clinical trials, stating that it could be a potentially preferred alternative to surgery. Their recent Phase I clinical trial has been published in the International Forum of Allergy & Rhinology. It outlines many of the data presented at the Annual Meeting of the American Rhinology Society and concludes that they met their primary endpoint of safety. Further and more comprehensive study of a larger cohort of patients will be the next step for LYR-210.