Today, we are continuing our interview series with Peter Homberg, Partner and Head of the German Life Sciences Practice and the European Cannabis Group at Dentons. Since Germany legalized cannabis for medicinal purposes in 2017, Peter and I have been discussing the evolution of medical cannabis regulations in Germany as well as in the European Union. A lot has changed over the past two years and new developments regarding medical cannabis occur every few months. 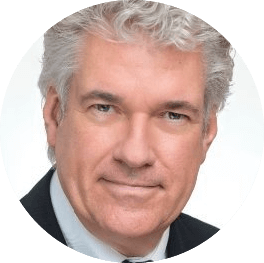 In the interview below, Peter and I discussed new developments regarding medical cannabis in Germany, what the country is doing to meet the rising demand for medical cannabis, what steps need to be taken to import cannabis into Germany, and whether Brexit will affect the European cannabis industry.

Peter, what are the latest developments regarding medical cannabis in Germany?

Since last we spoke, the medical cannabis market has grown significantly and we have seen some very interesting developments. In Germany, the quantity of imported cannabis products has increased dramatically. In 2018, Germany imported about three metric tonnes of cannabis flowers for medicinal purposes. In 2019, this doubled to 6.7 tonnes.

Moreover, the International Narcotics Control Board (INCB), which is the independent expert body that was established by the member states of the 1961 UN Single Convention on Narcotic Drugs, has estimated that the maximum demand for medical cannabis in Germany in 2020 may reach approximately 16 tonnes. This, in comparison to 6.7 tonnes in 2019, is a significant increase, which we are expecting due to rising patient numbers in 2020.

What is Germany doing to meet the increasing patient demand for medicinal cannabis?

The German Federal Institute for Drugs and Medical Devices, the BfArM, only allows countries that are compliant with the 1961 UN Single Convention to import cannabis into Germany. If a company wants to import cannabis products for medicinal purposes into Germany, they have to apply to the BfArM and to the lower pharmaceutical authorities. The BfArM then checks whether the country from which the import will be done is compliant with the 1961 UN Single Convention.

Until recently, Canada, the Netherlands, and Austria were the only countries exporting cannabis products under the 1961 UN Single Convention to Germany. But recently, following additional applications from German importers, the BfArM added a number of new countries to the list: Switzerland, Israel, Columbia, Portugal, Spain, and Uruguay.

Once countries are deemed compliant with the 1961 UN Single Convention, what other steps need to be taken to import cannabis into Germany?

Before an import into Germany can occur, further steps need to be initiated. First, a country needs to have the respective legislation in place to make it compliant with the 1961 UN Single Convention. Then, the authorities check if the exporting company follows the EU Good Manufacturing Practice (GMP) requirements. On top of that, it’s not only a question of the exporter being EU GMP compliant, but there is also the question of whether the exporter has the respective export licenses of his jurisdiction.

What are the new regulations for products containing THC in Germany?

Let’s start with the question of radiation. It has been a question since the first cannabis flowers were imported into Germany. In order to improve the microbiology, cannabis flowers are frequently irradiated. This means that radiation is used to kill-off microbial contaminants.

Following this decision, the Canadian cannabis producer Aurora was forced to take its cannabis products off the German market because they had been irradiated and the company didn’t hold the license. Meanwhile, Aurora has actually received the necessary irradiation licenses and is now back in business.

Now that the UK has left the EU, do you think there will be any changes regarding medical cannabis importation and exportation?

The point is that the EU member states always had a heterogeneous regulatory environment for medical cannabis. This is no different now and will probably not change just because of Brexit. Interestingly, the harmonization process the EU Commission announced last year, doesn’t seem to be proceeding very quickly.

On the other hand, we’ve seen some reactions from the UK authorities regarding CBD products. So far the UK was one of those countries where CBD products were sold widely and broadly, and this has now been reviewed. The respective authorities have decided that any food supplement containing CBD has to be given a novel food status. Companies have to apply for authorization of their CBD extracts and isolates by the end of March 2021. Otherwise, the product has to be taken off the market.

This is interesting because there are a number of companies on the market producing products containing CBD, which are either cosmetics, food supplements, or medicines. For all three product types, you have to fulfill different requirements, respectively. However, some companies currently selling CBD products are arguing that their products don’t fall into either of these categories. Evidently, there is some confusion on the market regarding what type of product falls into what category. So this needs some further investigation by the authorities.

Do you want to learn more about recent developments regarding medical cannabis in Europe and Germany? Get in touch with Peter and his expert team at Dentons!

Or check out our past interviews with Peter and follow the development of medical cannabis regulations in Germany and the EU since 2017:

The post Medical Cannabis: What Has Germany Been Up To and What Are Its Plans in 2020? appeared first on Labiotech.eu.