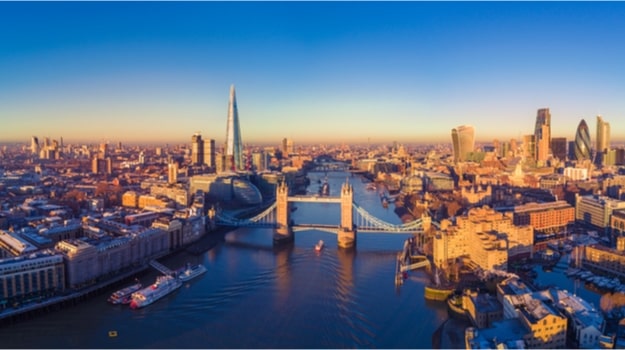 U.S.-based Merck, known as MSD in Europe to distinguish it from Germany’s Merck KGaA, Darmstadt, Germany, is moving ahead with its $1.3 billion research center in London. The plan was originally announced in 2017 as part of a pledge to support post-Brexit Britain. The project has been delayed a bit, some of that related to difficulties in finding space in London, and also because it wanted to be in the life sciences hub near the Francis Crick Institute in north London. Merck has a significant five-year neuroscience research-and-development deal with the Crick Institute.

The new research hub will be called the London Discovery Research Centre and is expected to open by 2025. Work is expected to begin late next year, and the site expects to create approximately 120 new jobs for researchers and technicians and employ about 800 people overall. The site is expected to be 25,000 square meters.

“We currently view the UK as a world leader in developing science, driven by the long-term emphasis on building a strong research and development infrastructure,” David Peacock, MSD managing director for UK and Ireland, told the Financial Times.

The new site is across from King’s Cross station. The deal has not been finalized yet, requiring the council for the London borough of Camden to sign off on it. And there are reports of at least one group that is protesting the move.

A group of brick buildings called Belgrove House are currently at the site and would need to be demolished for the research center to go in. A local activist who is anonymous but runs SaveBloomsbury.co.uk has called the plan “diabolical” and described the plans for the center’s structure a “monstrosity” inappropriate for the neighborhood.

The protester wrote, “Despite being situated in one of the most highly sensitive historic settings in London, the development is one of the ugliest and most inappropriate buildings proposed in recent times, rivaling the Town Hall Annexe itself for the title of ugliest building in Camden.”

If Camden’s council approves, Merck will begin construction late in 2021 and finish by 2025, which is five years after the date originally proposed. According to the Financial Times, the researchers at the site will run early-stage research and mostly focus on age-related diseases.

As the 2018 story out of the Crick Institute noted, a team of about 15 Merck chemists and pharmacologists have been based there while plans to build the site have dragged on. The Merck team’s research projects were independent from Crick research, but the team was fully integrated into the Crick scientific community.

In August 2019, researchers from Merck and Crick began a new collaboration to focus on the causes of Motore Neurone Disease. It was the first project out of the five-year collaboration. Motore Neurone Disease is better known as Amyotrophic Lateral Sclerosis (ALS). The project is led by Rickie Patani, a research group leader at Crick and UCL and a consultant neurologist at the National Hospital for Neurology and Neurosurgery.

At the time, Rickie said, “In the clinic, it’s devastating when I have to tell a patient they have Motor Neurone Disease. Often, the patient first walks in with mild weakness in a limb and then I see the disease progressing relentlessly with every visit. Within a year or two, they might be in a wheelchair and require breathing support. This disease destroys families, and I feel profoundly guilty that we still have no effective treatments to offer.”

He added, “Through fundamental research, we want to understand the basic biology underpinning the disease. Just knowing what’s happening can offer some comfort to patients, even when there aren’t treatments around the corner.”