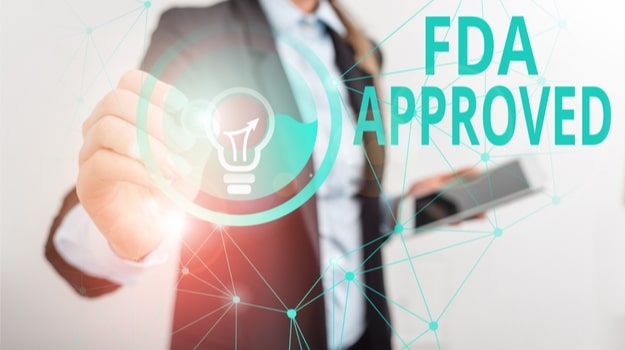 Both MSI-H and dMMR tumors have abnormalities that affect normal DNA repair inside the cells. MSI-H frequency varies across different cancer types and stages, but about 5% of patients with metastatic colorectal cancer have MSI-H or dMMR tumors. Microsatellite instability involves changes in the DNA of cancer cells when the number of repeats of short repeated sequences of DNA called microsatellites are different from the number of repeats in the DNA in the body’s healthy cells.

“Metastatic colorectal cancer is a serious and life-threatening disease with a poor prognosis,” said Richard Pazdur, director of the FDA’s Oncology Center of Excellence and acting director of the Office of Oncologic Diseases in the FDA’s Center for Drug Evaluation and Research. “Available current therapy with chemotherapy combinations and other biologics are associated with substantial toxicity. Having a non-chemotherapy option available for selected patients is a noteworthy paradigm shift in treatment.”

The approval was built on data from KEYNOTE-177, a multi-center, randomized, open-label, active-controlled trial of 307 patients with previously untreated unresectable or metastatic MSI-H or dMMR colorectal cancer. MSI was determined locally using polymerase chain reaction (PMR) and MMR was determined via immunohistochemistry. Patients who had autoimmune disease or a medical condition requiring immunosuppression were not eligible for the trial.

Patients were randomized 1:1 to receive Keytruda every three weeks or the investigator’s pick of chemotherapy every two weeks, such as mFOLFOX6 (oxaliplatin, leucovorin, and fluorouracil) or mFOLFOX6 in combination with other chemotherapy agents, or FOLFIRI (irinotecan, leucovorin, and fluorouracil) or FOLFIRI in combination with other chemotherapeutic drugs.

The treatment was continued until Response Evaluation Criteria in Solid Tumors (RECIST)-defined progression of disease was determined by the investigator or the patient developed unacceptable toxicity levels. Patients receiving Keytruda without their cancer progression could be treated for up to 24 months. The patients’ tumor status was conducted every nine weeks. Patients who received chemotherapy were offered Keytruda if their disease progressed.

In the trial, Keytruda alone significantly decreased the risk of disease progression or death by 40% and showed a median progression-free survival (PFS) of 16.5 months compared to 8.2 months for patients receiving just chemotherapy.

“Today’s approval has the potential to change the treatment paradigm for the first-line treatment of patients with MSI-H colorectal cancer, based on the important findings from KEYNOTE-177 that showed Keytruda monotherapy demonstrated superior progression-free survival compared to standard of care chemotherapy,” said Roy Baynes, senior vice president and head of global clinical development, chief medical officer, Merck Research Laboratories. “Our commitment to pursuing biomarker research continues to help us bring new treatments to patients, particularly for those who have few available options.”

Keytruda was approved in 2017 for previously treated MSI-High or dMMR solid tumors, which was the first time the FDA approved a drug for use on a biomarker, no matter the tumor type.

This review was also conducted under Project Orbis. Orbis is a new, international partnership between the FDA’s Oncology Center of Excellence, the Australian Therapeutic Good Administration, and Health Canada. Project Orbis is designed to increase collaboration among international regulatory organizations that will provide patients with earlier access to new cancer therapies that are available in other countries where regulatory submission might be slower.