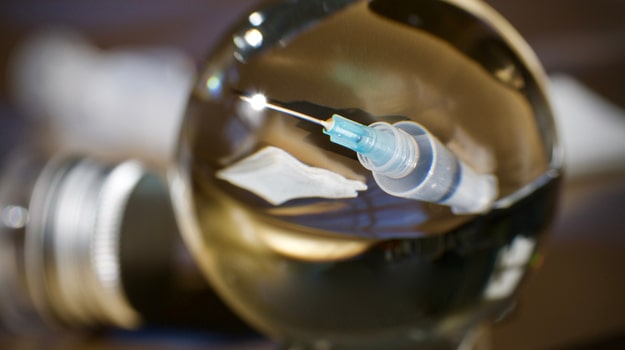 Moderna published data in The New England Journal of Medicine late yesterday in non-human primate studies of its MRNA-1273 vaccine against COVID-19.

Twenty-four male and female rhesus macaques were stratified into groups of three. Within each group, one was vaccinated at week 0 and week 4 with either the 10 or 100 microgram doses of the vaccine. Unvaccinated control animals were given placebo. At eight weeks, four weeks after the second dose, all the animals were dosed with SARS-CoV-2, the novel coronavirus that causes COVID-19. They then tracked the animals to see if the vaccine was effective.

“This important preclinical study shows that mRNA-1273 protected against a high dose SARS-CoV-2 infection in non-human primates and prevented pulmonary disease in all animals, further supporting the clinical advancement of mRNA-1273,” said Stephen Hoge, Moderna’s president. “We believe this is the first demonstration of control of viral replication within two days of challenge in both the nose and lungs in non-human primates by a vaccine against COVID-19. Given the similarity between the protective immune response generated by mRNA-1273 in this study and the immune response seen in humans in the recently published Phase I clinical data for the vaccine, we remain cautiously optimistic that mRNA-1273 will be able to prevent COVID-19 disease and may also slow the spread of SARS-CoV-2 by shortening the duration of shedding.”

On Monday, Moderna announced both that it was launching its Phase III clinical trial of the vaccine in 30,000 volunteers and that it had an expanded contract with the Biomedical Advanced Research and Development Authority (BARDA) for an additional $472 million. This added to a previous grant of $483 million. The funds were to expand the Phase III trial.

Currently, nine groups have a COVID-19 vaccine in clinical trials: Moderna, the University of Oxford and AstraZeneca, Pfizer and BioNTech, Sinovac, Sinopharm, CanSino Biological, Zhifei, Inovio and Novovax. The furthest along, which is to say in Phase III, are Sinovac, Sinopharm, Oxford/AstraZeneca, Moderna and Pfizer/BioNTech. According to the World Health Organization, as of July 27, 25 vaccines were in human clinical trials with 141 in development.

The AstraZeneca-Oxford group had similar results in animal studies to the Moderna study, preventing infection to the lungs and preventing replication, but the virus appeared to continue to actively replicate in the nose in their study.

The animal studies, of course, do not guarantee the vaccine will perform the same way in humans. However, the data is encouraging. Also, because it was a challenge study that, in the case of COVID-19, is currently considered too dangerous and unethical to conduct in humans, it provides data that is not otherwise available.

The rhesus macaque monkeys do not have exactly the same response to SARS-CoV-2 as humans. They do not become seriously ill but do become infected.

“The virus was cleared very rapidly in the vaccinated animals,” said Barney S. Graham, senior author of the study and deputy director of the Vaccine Research Center at the National Institute of Allergy and Infectious Diseases. Graham’s group worked with Moderna on developing the vaccine.

The vaccine was not completely effective in preventing infection but slowed it down and decreased the amount of virus. “If you get a little infection that is cleared rapidly and doesn’t shed very long, it reduces the likelihood of transmission,” Graham said.

Laboratory tests showed the vaccine created a strong immune response, including neutralizing antibodies against the virus that were higher than those found in humans who recovered from the disease.

“This bodes well for the Phase III trials,” Angela Rasmussen, a virologist at Columbia University who was not involved in the study, told The New York Times. “It’s still hard to make predictions on what it’s going to do in a huge, diverse group of people, based on monkeys, but it’s reassuring that it provides protection in this model. Overall, my verdict is ‘promising but preliminary.’”