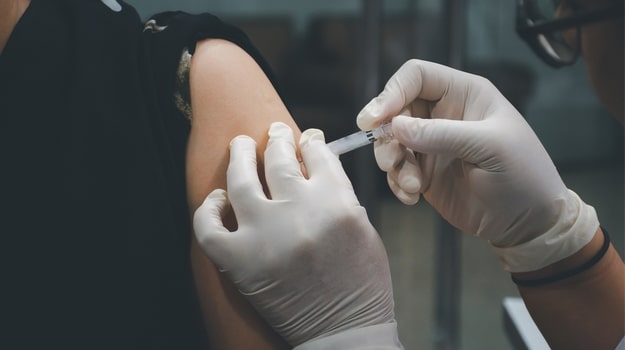 Moderna hosted its 2020 R&D Day to offer a progress report across its portfolio, but the most attention was paid to its update on the COVID-19 vaccine trial.

The Phase III COVE trial of the COVID-19 vaccine, mRNA-1273, enrolled 25,296 volunteers as of September 16. To date, 10,025 participants have received the second vaccination. The company also said that it had published its Phase III trial protocol online in order to provide additional transparency.

Yesterday, Robert Redfield, director of the U.S. Centers for Disease Control and Prevention (CDC) presented the organization’s distribution plan for a COVID-19 vaccine and got into a sparring match with President Donald Trump over statements that full distribution would not happen until the third quarter of 2021. Trump, who has repeatedly made claims of a possible “October surprise” and having a vaccine widely available before the November 3 presidential election, said, “I believe he was confused. I think he misunderstood the question.”

Moderna’s chief executive officer, Stephane Bancel, told the Boston Globe that he has “never felt any pressure by anybody in the government to go faster.” He also indicated the company will probably know in November if its vaccine is safe and effective. He also said they would be able to deliver 100 million doses to the U.S. government in the “first few months of 2021.”

Note that the Moderna vaccine, as do the other leading vaccine candidates by Pfizer and BioNTech, and AstraZeneca and the University of Oxford, require two doses per person, taken about 28 days apart. So the 100 million figure would be enough doses for approximately 50 million people.

The AstraZeneca/Oxford project is currently on clinical hold in the U.S. after a UK patient had a potential severe reaction to the vaccine called transverse myelitis, a spinal inflammatory disorder. It has resumed in the UK, but the National Institutes of Health (NIH) and U.S. Food and Drug Administration (FDA) are still deciding whether or not to resume testing in the U.S.

The Pfizer-BioNTech groups indicated last weekend that they expect key data from their Phase III trial by the end of October, and if approved, would be prepared to distribute “hundreds of thousands of doses.”

Individually, none of these companies’ statements seem to support Trump’s assertions for widespread dissemination of a vaccine before the end of the year. Bancel, on his part, said “it doesn’t matter” if Pfizer announces before Moderna does, because no one company could supply enough vaccine to end the pandemic.

Bancel indicated that if the Moderna vaccine proves effective, which the FDA has defined as preventing at least 50% of COVID-19 infections, it would immediately submit for emergency use authorization (EUA) to begin distribution.

“At that time, we can ship whatever we have in the warehouse” to the federal government, Bancel said.

Moderna has been granted $1.5 billion from the Department of  Defense and the Department of Health and Human Services to deliver 100 million doses of the vaccine, but Moderna is nowhere near that level yet, and Bancel said they wouldn’t be able to hit that until after the first few months of 2021.

Pfizer, on the other hand, is not taking any government funding. The company’s chief executive officer, Albert Bourla, has said it was in hopes of shielding the company from political pressure.

“I wanted to liberate our scientists from any bureaucracy,” Bourla said. “When you get money from someone, that always comes with strings. They want to see how we are going to progress, what types of moves you are going to do. They want reports. I didn’t want to have any of that.”

Bancel notes the funding “comes with obligations” but added, “I have never felt any pressure by anybody in the government to go faster. Never. I have actually been helped by the government.”

He also added, “We believe this is unprecedented times. There’s a lot of suffering from a public health standpoint. If Moderna’s vaccines were to get a good safety readout and a good efficacy readout and be approved by the agency, we care deeply that this vaccine is trusted.”

“We are announcing that we are increasing our investment in vaccines and we will develop a seasonal flu vaccine given the unmet need for highly effective vaccines,” Bancel stated.