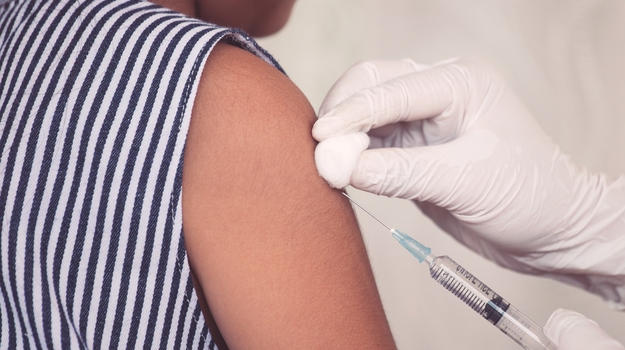 Cambridge, Massachusetts-based Moderna announced it had finalized the Phase III clinical trial structure for its COVID-19 vaccine, mRNA-1273. The company’s messenger RNA vaccine has been generally the furthest ahead in clinical development. It dosed the first patient in its Phase I trial with the National Institute of Allergy & Infectious Diseases (NIAID) on March 16, with a second dose—the vaccine requires two doses—on April 23.

mRNA-1273 is an mRNA vaccine against SARS-CoV-2 that encodes for a prefusion stabilized form of the Spike (S) protein. The mRNA vaccine is a new type of technology, where the vaccine contains a section of messenger RNA that codes for a protein associated with the virus. The vaccine is injected into a person and the mRNA moves into the test subject’s cells, where the cells then churn out the protein. The body’s immune system should then treat the protein like the virus and attack it, developing an immune response that it will then use if it comes into contact with the actual virus.

The Phase III trial, typically the final stage needed for approval for use, will enroll about 30,000 participants in the U.S. They will be randomized 1:1 to receive either a placebo or the vaccine. The primary endpoint of the trial will be prevention of symptomatic COVID-19 disease, with key secondary endpoints including prevention of severe COVID-19, defined as hospitalization, and prevention of infection by SARS-CoV-2.

The 100 microgram dosage was chosen as the optimal dose level based on data from the Phase I trial. The company indicates it has manufactured enough vaccine to begin the Phase III trial. With the dosage finalized at 100 micrograms, it believes it could deliver about 500 million doses annually, and potentially up to 1 billion doses per year starting in 2021 between its internal U.S. manufacturing site and its collaboration with Switzerland-based Lonza.

“We look forward to beginning our Phase III study of mRNA-1273 with some 30,000 participants in July,” said Tal Zaks, Moderna’s chief medical officer. “Moderna is committed to advancing the clinical development of mRNA-1273 as safely and quickly as possible to demonstrate our vaccine’s ability to significantly reduce the risk of COVID-19 disease.”

At this time, the first cohort of healthy adults between the ages of 18 and 54 have been enrolled in the Phase II trial, with the first patient dosed 13 days ago. The Phase II trial is studying the safety, reactogenicity and immunogenicity of two vaccinations of the vaccine 28 days apart. It plans to enroll 600 healthy patients across two cohorts of adults in that age group and older adults ages 55 and older. They will receive either a placebo, a 50 microgram or 100 microgram dose at both vaccinations. They will be followed through 12 months after the second dosing.

On Tuesday, May 18, Moderna released positive interim Phase I data from its clinical trial of mRNA-1273, its mRNA vaccine against SARS-CoV-2, the novel coronavirus that causes COVID-19. The company reported overall positive results for both efficacy and safety, although not a lot of details were released on the actual data.

The company’s stock rocketed, hitting a stock valuation of $29 billion. Several vaccine experts, however, expressed criticism of the data, or lack of it.

In the Moderna press release, they indicated that data for immunogenicity was available for two doses, 25 ug and 100 ug after two doses, with the immunogenicity tested on day 43, and the 250 ug dose after a single dose, tested at day 29. All the patients in the trial were healthy and between the ages of 18 and 55.

STAT and the vaccine researchers noted that, “all 45 subjects (in this analysis) who received doses of 25 micrograms (two doses each), 100 micrograms (two doses each), or a 250 micrograms (one dose) developed binding antibodies. Later, the statement indicated that eight volunteers — four each from the 25-microgram and 100-microgram arms — developed neutralizing antibodies. Of the two types, these are the ones you’d really want to see.”

The problem, they go on to say, is Moderna did not release results from the other 37 trial participants. That doesn’t mean they didn’t develop neutralizing antibodies, but it makes it basically impossible to evaluate the overall data. The critics are not saying Moderna is hiding any negative results, but merely that Moderna provided the data they had and it’s not really enough for a real evaluation.

Stephane Bancel, Moderna’s chief executive officer, told investors that Moderna hurried its vaccine results in order to avoid the findings being leaked and to respect federal securities laws as well as the guidelines and rules required by scientific journals.