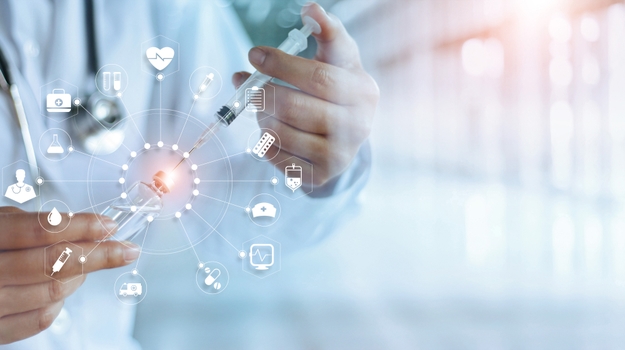 Moderna released positive interim Phase I data from its clinical trial of mRNA-1273, its mRNA vaccine against SARS-CoV-2, the novel coronavirus that causes COVID-19. The vaccine, furthest along in human trials, showed overall positive results for both efficacy and safety.

Moderna’s vaccine is a messenger RNA (mRNA) product, similar to a gene therapy. It involves injecting messenger RNA that codes for the virus’s Spike (S) protein. The patient’s cells then manufacture the S protein, which triggers the body’s immune system to recognize the virus itself.

Moderna received funding from the Biomedical Advanced Research and Development Authority (BARD)A, a division of the Office of the Assistant Secretary for Preparedness and Response (ASPR) within the Department of Health and Human Services (HHS). It is developing the vaccine in partnership with the U.S. National Institute of Allergy and Infectious Diseases (NIAID).

Data for immunogenicity—the ability of the vaccine to stimulate the immune system to recognize the virus—was available for two doses, 25 ug and 100 ug after two doses, with the immunogenicity tested on day 43, and the 250 ug dose after a single dose, tested at day 29. All the patients in this trial were healthy and between the ages of 18 and 55.

All the patients in the trial, 15 in each cohort, seroconverted by day 15 at a single dose—meaning their immune system was able to identify the virus. At day 43, which was two weeks after the second dose, all the patients with the 25 ug dose showed antibody levels in their blood at the same levels observed in the blood samples from people who have recovered from COVID-19. In patients receiving the 100 ug dose, the antibody levels were significantly higher at day 43 that that seen in recovered patients’ blood.

In terms of safety, the vaccine was generally safe and well tolerated, similar to what was observed in other mRNA vaccine tests run by Moderna for other diseases. There was a grade 3 adverse event in the 25 ug and 100 ug dose cohorts, with a single patient in the 100 ug dose showing redness around the injection site. The most notable adverse events were observed at the 250 ug dose level, with three patients with grade 3 systemic symptoms, all after the second doses. The company notes all the side events were transient and self-resolving. No grade 4 adverse events or serious adverse events were reported.

In addition to data from the human clinical trial, NIAID conducted preclinical tests on mice, where the mice were given the vaccine, then later dosed with the actual SARS-CoV-2 virus. The vaccine prevented viral replication in the mice. The amount of neutralizing antibodies observed in the Phase I human participants at the 25 ug and 100 ug doses were consistent with the neutralizing titers that were protective in the mouse challenge experiments.

Based on the data, Moderna’s Phase II trial will be modified to evaluate two dose levels, 50 ug and 100 ug, with the goal of picking a dose for pivotal studies. The NIAID-led Phase I trial is being modified to include a 50 ug level dose across each of the three age groups. Moderna plans to the dose for the Phase III trial to be between 25 ug and 100 ug and expects the Phase III trial to launch in July.

“These interim Phase I data, while early, demonstrate that vaccination with mRNA-1273 elicits an immune response of the magnitude caused by natural infection starting with a dose as low as 25 ug,” said Tal Zaks, Moderna’s chief medical officer. “When combined with the success in preventing viral replication in the lungs of a preclinical challenge model at a dose that elicited similar levels of neutralizing antibodies, these data substantiate our belief that mRNA-1273 has the potential to prevent COVID-19 disease and advance our ability to select a dose for pivotal trials.”

The bottom line is this is very good and promising news, but it is based on very few patients and relatively little data. Still, the immunogenicity data suggests the vaccine will be effective in preventing COVID-19. It should be emphasized that the safety data, in particular, is very small and very early for typical vaccine development. Safety analysis in traditional vaccine development can take years. The safety data described in this trial appears promising, but, again, it is being described in a small group of patients who are otherwise healthy and relatively young. It’s not unusual, in clinical trials, for the high dose testing to be discarded—one of the primary purposes of a Phase I trial is to determine safe and effective dosing levels.

While developing and testing the vaccine, because of the pandemic Moderna is moving ahead with scaling up manufacturing and distribution plans. On May 1, the company announced it had partnered with Switzerland’s Lonza on a 10-year strategic collaboration for larger scale manufacture of mRNA-1273, as well as other future Moderna projects. NIAID is also working on a trial with older patients.