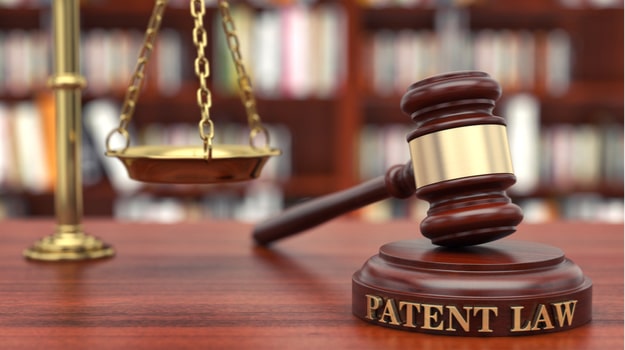 With all eyes on Moderna over the leading progress of its vaccine against COVID-19, the company lost an attempt at invalidating a U.S. patent owned by Arbutus Biopharma. A U.S. Patent and Trademark Office administrative court rejected Moderna’s arguments that Arbutus’s ‘069 patent should be revoked because it “described obvious concepts,” according to Reuters.

Moderna’s problems over the patent technology go back to at least 2016. Moderna licensed technology from a very small company in Vancouver, British Columbia, called Acuitas Therapeutics. It was basically a one-man company operating out of Thomas Madden, the chief executive officer’s, house. But Acuitas didn’t own the technology licensed to Moderna. It belonged to a public company, Arbutus Biopharma. In 2016, Arbutus terminated the technology license it granted Acuitas, which is why Acuitas filed the lawsuit. Arbutus countersued, arguing that its deal with Acuitas didn’t cover Moderna’s therapeutics.

In 2011, Moderna was looking for an mRNA delivery system, because it didn’t have the money or personnel to develop one of its own. It looked at a dozen different methods and picked at least three. As Forbes wrote in 2016, “One belonged to Arbutus, but Moderna turned to tiny Acuitas to get access to it.”

Madden formed Acuitis in 2009 when he was downsized out of Tekmira Pharmaceuticals after a merger. Tekmira eventually became Arbutus. After another lawsuit, Madden licensed the tech from Tekmira/Arbutus.

Zachary Silbersher, a New York patent attorney who is not involved in the case, indicated to Reuters that LNP technology is vital to Moderna’s vaccine development efforts, and this patent ruling would likely increase pressure on Moderna to pay for a license to Arbutus’ patent portfolio. He also said it was not clear if vaccines being developed by Moderna, including the COVID-19 vaccine, infringe the ‘069 patent and others owned by Arbutus. But he does believe Moderna’s attempts to invalidate the patent suggests it sees the patent as an obstacle.

“At the end of the day, Arbutus might be able to claim a royalty in the [coronavirus] vaccine,” Silbersher said.

SVB Leerink analysts in a note to clients said the ruling was a “disappointing turn” but probably would not have immediate financial impact on Moderna. However, company shares dropped almost 10% at the news.

“Revenue concentration in (the coronavirus vaccine) is a central feature of the investment case for Moderna’s shares,” Mani Foroohar, the analyst at SVB Leerink, wrote. “Any meaningful royalty burden could hamper Moderna’s pricing flexibility and margin profile versus other players in the SARS-CoV-2 vaccine market.”

Moderna has the option of appealing the patent office ruling to the U.S. Court of Appeals for the Federal Circuit. Reuters notes that the Appeals court often upholds the patent office’s decisions.

In a 2016 Forbes article, the writers wondered why Moderna, which was very well capitalized at the time, didn’t just license the technology from Arbutus, or at the very least assure itself that the Acuitas deal wasn’t a problem. They asked Stephane Bancel, Moderna’s chief executive officer.

At the time, he said, “We knew it was not very good. It was just okay.” He was referring to Acuitas’ technology. He then went on to talk about Moderna’s own method of creating nanoparticle lipids, which the company claimed was better than the Acuitas version.

In a written statement today, Moderna wrote, “Moderna is not aware of any significant intellectual property impediments for any products we intend to commercialize, including mRNA-1273,” which is the vaccine against COVID-19.”

Foroohar noted, “This decision opens the door to a fascinating (and likely protracted) period of investor controversy and debate around the implications of any potential infringement of claims by Arbutus regarding Moderna’s use of Lipid Nanoparticle delivery technology, and any further actions Moderna may take to defend their own (intellectual property) position and freedom to operate.”

He added that the results of the lawsuit could expose Moderna to debate around its entire pipeline, including the COVID-19 vaccine, which is expected to begin Phase III clinical trials next week.