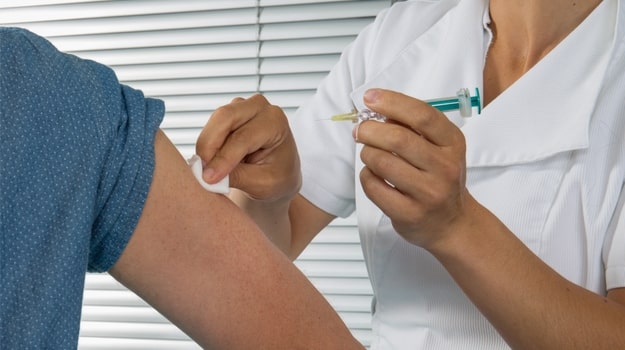 Maryland’s Novavax initiated a Phase III study of its COVID-19 vaccine candidate in the United Kingdom. The late-stage study is part of an agreement struck between the company and the U.K. government last month that includes providing 60 million doses of the vaccine, should it be approved.

The first Phase III study of NVX-CoV2373, Novavax’s COVID-19 vaccine candidate, is being conducted in the United Kingdom in partnership with the U.K. Government’s Vaccines Taskforce. The trial is expected to enroll 10,000 patients between the ages of 18 to 84. Some of the patients who will be included in the trial will have relevant comorbidities that COVID-19 likes to target, including hypertension, obesity, diabetes and other pre-existing conditions. The patients are expected to be enrolled in the study over the next four to six weeks, the company announced Thursday.

The trial is designed to enroll at least 25% of participants over the age of 65 as well as to prioritize groups that are most affected by COVID-19, including racial and ethnic minorities. Additionally, up to 400 participants will also receive a licensed seasonal influenza vaccine as part of a co-administration sub-study.

Gregory M. Glenn, president of Research and Development at Novavax, anticipates the trial enrolling quickly due to expected increases in infection rates in the United Kingdom. There are more than 416,000 confirmed cases of COVID-19 in the United Kingdom and, after a lull, the numbers have begun to rise again in the countries making up the U.K., according to reports.

“The data from this trial is expected to support regulatory submissions for licensure in the UK, EU and other countries. We are grateful for the support of the UK Government, including from its Department of Health and Social Care and National Institute for Health Research, to advance this important research,” Glenn said in a statement.

NVX‑CoV2373 consists of a stable, prefusion protein made using its proprietary nanoparticle technology and includes Novavax’ proprietary Matrix‑M adjuvant. Phase I data from a Phase I/II study showed that NVX‑CoV2373 produced antibodies in healthy patients, a sign the vaccine is working as intended. The vaccine was also well-tolerated in those patients, the company said. Novavax noted that its vaccine candidate has a favorable product profile that will allow handling in an unfrozen, liquid formulation, which will allow for distribution using standard vaccine channels. Some of the vaccine candidates against the novel coronavirus that are in development require the medication to be kept on dry ice until needed.

Novavax expanded its collaboration with FUJIFILM Diosynth Biotechnologies earlier this summer to manufacture the antigen component of NVX-CoV2373 from its Billingham, Stockton-on-Tees site in the U.K., in addition to its sites in North Carolina and Texas in the United States.