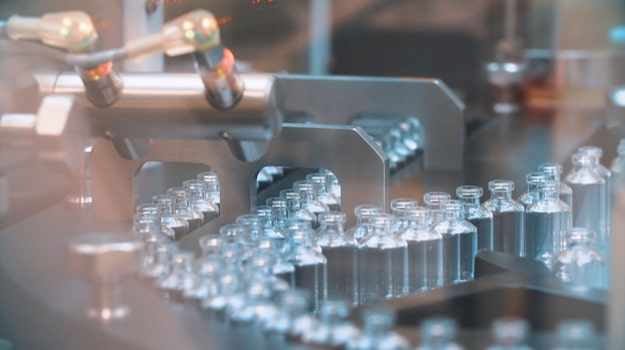 Novavax and Serum Institute of India Private Limited (SIIPL) amended an agreement struck last month that will allow the company to double the number of doses of its experimental COVID-19 vaccine for potential use in 2021.

In August, Maryland-based Novavax struck an agreement with SIPL to manufacture 1 billion doses of the vaccine candidate, NVX-CoV2373, a stable, prefusion protein made using Novavax’ recombinant protein nanoparticle technology and includes Novavax’ proprietary Matrix‑M adjuvant. This morning, the companies amended the agreement to allow SIPL to manufacture the antigen component of NVX‑CoV2373. This boost for its manufacturing will pave the way for Novavax to deliver 2 billion doses of the vaccine should it prove to be effective in Phase III studies. The Novavax antigen component is being manufactured in several locations, including the company’s own facility in the Czech Republic.

“With this arrangement, we have now put in place a global supply chain that includes the recently acquired Praha Vaccines and partnerships with leading biologics manufacturers, enabling production on three continents. We continue to work with extraordinary urgency to develop our vaccine, now in Phase II clinical trials, and for which we anticipate starting Phase III efficacy trials around the world in the coming weeks,” Erck said in a statement.

SIPL CEO Adar Poonawalla called the amended agreement a great milestone for both companies. Poonawalla said the amended agreement will strengthen the relationship between the two companies and the scale-up and manufacturing of Novavax’s vaccine candidate will ensure a necessary supply of the preventative medication. Novavax expanded its collaboration with FUJIFILM Diosynth Biotechnologies earlier this summer to manufacture the antigen component of NVX-CoV2373 from its Billingham, Stockton-on-Tees site in the U.K., in addition to its sites in North Carolina and Texas in the United States.

With more than 4 million diagnoses, India has been one of the countries with the highest number of COVID-19 infections. India ranks second behind the United States in the number of reported diagnosed infections with the novel coronavirus. According to the Johns Hopkins COVID-19 Dashboard, there are 4.9 million diagnosed cases in India and 80,776 associated deaths.

NVX‑CoV2373 consists of a stable, prefusion protein made using its proprietary nanoparticle technology and includes Novavax’s proprietary Matrix‑M adjuvant. Phase I data from a Phase I/II study showed that NVX‑CoV2373 produced antibodies in healthy patients, a sign the vaccine is working as intended. The vaccine was also well-tolerated in those patients, the company said. The Phase II portion of the trial began last month.

Since the COVID-19 outbreak swept across the globe, Novavax has secured $2 billion in funding for its global coronavirus vaccine program. Funds include $1.6 billion in U.S. federal funding from Operation Warp Speed, as well as $388 million from a collaboration with the Coalition for Epidemic Preparedness Innovations.