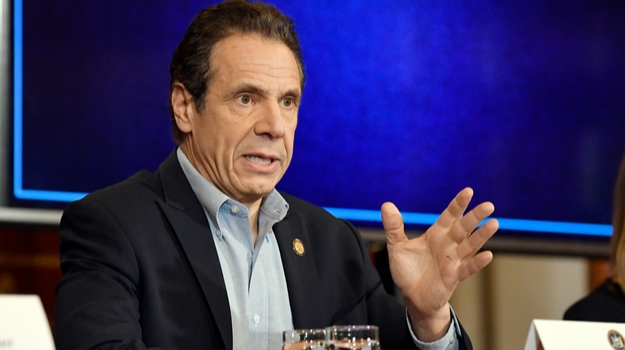 Politics is once again rearing its head concerning potential approval of a COVID-19 vaccine head of the Nov. 3 election. New York’s governor hinted he would delay distribution of a quickly approved vaccine until its safety and efficacy could be vetted by a panel of state scientists and researchers.

Gov. Andrew Cuomo announced Thursday his office would review any emergency authorization ahead of its distribution within the state. The announcement was made following comments made by President Donald Trump that he could oppose new guidelines under discussion at the U.S. Food and Drug Administration that would create more stringent criteria for approval of a vaccine under Emergency Use Authorization.

Reports this week indicate the regulatory agency is expected to issue a more stringent guidance for a potential vaccine to ensure efficacy and safety before it would be distributed en-masse to the population, as well as to increase confidence in the agency’s ability to remain above politics during a contentious election cycle. The new guidance will be more stringent than the rules used to grant EUA to convalescent plasma or hydroxychloroquine, which was later withdrawn. The FDA guidance would require vaccine manufacturers to follow participants participating in late-stage clinical trials for a median of at least two months, starting after they receive a second vaccine shot.

During his announcement Thursday, Cuomo expressed mistrust in the president’s campaign rhetoric that includes potential approval of a vaccine ahead of the election. Cuomo said he did not trust the administration’s opinion regarding a vaccine and said he would not recommend a vaccine to New Yorkers under the same circumstances, the New York Times reported. In turn, Cuomo said he did believe in the “good-faith actions” of the FDA and Commissioner Stephen Hahn.

“I don’t think Dr. Hahn is running for anything,” Cuomo said. “President Trump is engaged in the political process and has an Election Day.”

The state of New York plays no role in the approval of a vaccine candidate, but under the current FDA guidelines, it would participate in the distribution of a vaccine across the state. If New York officials oppose a pre-election vaccine until it is “vetted,” distribution of the medication would be greatly hindered. Cuomo expressed alarm that the White House would oppose the tougher guidance from the FDA, the Times reported. If a vaccine is approved early, Cuomo said he would put together a team of scientists, doctors and public health experts, led by the State Department of Health, who could review the safety and efficacy data supporting any EUA. Cuomo said he would want their expert opinion before he told residents of the state that the medication is safe to take.

Additionally, Cuomo said he would establish a second panel to determine how to implement and distribute the vaccine, the Times said. This second panel would prioritize the first people to receive the drug.

Cuomo’s announcement came shortly after he and Michigan Gov. Gretchen Whitmer released a joint statement calling for a congressional investigation of the Trump administration’s “politicization of the pandemic response,” the Times reported.