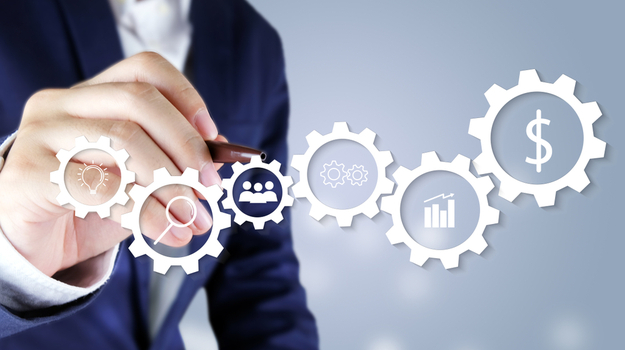 Yesterday, Oxford University and AstraZeneca reported positive Phase I data for their COVID-19 vaccine candidate. The data was published in The Lancet and in a single dose, induced significant immune responses in most of the patients. It also appeared to be fairly safe.

CanSino Biologics, along with China’s military research unit, also reported early data on its Phase II trial for its COVID-19 vaccine, Ad5-nCOV. The results in 508 patients showed antibody and T-cell immune responses. There were no reported serious side effects. The data was published in the journal The Lancet.

Moderna and the team of Pfizer and BioNTech have also reported positive early efficacy and safety trials and plans to jump into much larger Phase III trials beginning this month or August. Often they have major manufacturing deals in place with plans to begin manufacturing their vaccines concurrently, so if the Phase III trial is positive and they can get regulatory approval, will be able to begin dosing people almost immediately. Those announcements typically suggest the data will be presented by mid-November and dosing will start before the end of the year.

University of Oxford, which by many standards is ahead of everyone in the vaccine development world, is suggesting end of the year is possible, but being very cautious about it.

Sarah Gilbert, who is heading the University of Oxford efforts, told BBC Radio, “The end of the year target for getting vaccine roll-out, it’s a possibility but there’s absolutely no certainty about that because we need three things to happen.”

Those three things include effectiveness in Phase III trials, large volumes of vaccines manufactured, and regulators have to license it quickly for emergency use.

Chris Whitty, England’s chief medical officer, and his deputy Jonathan Van-Tam, were even less confident of the end-of-year timeline.

Whitty told lawmakers, “The chance of us getting a vaccine before Christmas that actually is highly effective are, in my view, very low.”

Van-Tam, on the other hand, said he was “cautiously optimistic that we will have some vaccine this side of Christmas.”

AstraZeneca has the manufacturing capacity to scale-up production of the vaccine to millions of doses by year-end. However, what may be the bottleneck is the trials themselves. The large-scale Phase III trials that involve thousands of participants are somewhat dependent upon continuing incidents of COVID-19 where the trials are being run.

In addition to determining safety and efficacy via blood tests showing immune responses, the late-stage trials are evaluating if the vaccine prevents people from getting the disease. So, for example, if 2,000 people are in a study in, for example, London, and half receive the vaccine and half receive a placebo, the trials will look to see which proportion of each group gets—or does not get—COVID-19. But if the natural cases of the disease are dwindling in those areas, it can be difficult to determine the effectiveness of the vaccine.

The Oxford-AstraZeneca trials are being conducted currently in Brazil and South Africa and are expected to begin in the U.S. as well.

The University of Oxford group, with the university’s Jenner Institute and Oxford Vaccine Group, are generally viewed to be furthest along in a vaccine against COVID-19, with the U.S.’s Moderna in partnership with the U.S. National Institute of Allergy and Infectious Diseases (NIAID) at a very similar spot in the timeline.

The Jenner Institute tested a vaccine for an earlier coronavirus last year, showing it was not harmful to humans. The vaccine has been tested in six rhesus macaque monkeys at the National Institutes of Health’s Rocky Mountain Laboratory in Montana, that were then exposed to large volumes of the virus causing COVID-19. More than 28 days later, all six were still healthy.

Oxford University recently launched a Phase II/III clinical trial of the vaccine in about 10,000 adult volunteers. Other trials are expected to begin in other countries.

AstraZeneca notes that its “comprehensive pandemic response also includes rapid mobilization of AstraZeneca’s global research efforts to discover novel coronavirus-neutralizing antibodies to prevent and treat progression of the COVID-19 disease, with the aim of reaching clinical trials in the next three to five months.”

Additionally, it has begun testing new and existing drugs against COVID-19, including the CALAVI and ACCORD trials ongoing for Calquence (acalabrutinib) and the DARE-19 trial for Farxiga (dapagliflozin).