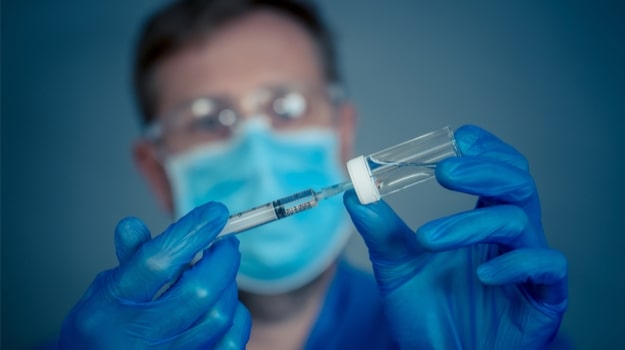 New York-based Pfizer and Mainz, Germany-based BioNTech picked their COVID-19 vaccine candidate and plan to begin a global Phase II/III safety and efficacy clinical trial. The company had four different vaccine candidates. After reviewing preclinical and clinical data from Phase I/II clinical trials and having discussions with the U.S. Food and Drug Administration (FDA) and other countries’ regulators, they selected BNT162b2 to take into larger studies.

The vaccine will be dosed at a 30-microgram level with a two-dose regimen. The vaccine is an mRNA product, with the mRNA encoding for the SARS-CoV-2 full length spike glycoprotein (S).

“Our selection of the BNT162b2 vaccine candidate and its advancement into a Phase II/III study are the culmination of an extensive, collaborative and unprecedented R&D program involving Pfizer, BioNTech, clinical investigators, and study participants with a singular focus of developing a safe and effective COVID-19 RNA vaccine,” said Kathrin U. Jansen, senior vice president and head of Vaccine Research & Development for Pfizer. “The Phase II/III study protocol follows all the U.S. Food and Drug Administration (FDA) guidance on clinical trial design for COVID-19 vaccine studies. The initiation of the Phase II/III trial is a major step forward in our progress toward providing a potential vaccine to help fight the ongoing COVID-19 pandemic, and we look forward to generating additional data as the program progresses.”

The companies’ four vaccines had been narrowed down to the two best candidates, BNT162b1 and BNT162b2 based on safety and immune response. After a thorough analysis of the data, BNT162b2 was selected as the best candidate to advance. In addition to high levels of neutralizing antibodies in several different animal models, the candidates induced favorable viral antigen specific CD4+ and CD8+ T-cell responses, as well as showed protective effects in a primate SARS-CoV-2 challenge model, which is to say, they gave the vaccines to primates, then later injected them with the virus and it appeared to prevent infection.

The Phase II/III trial will be conducted in 120 clinical sites around the world, excluding China, but will include 39 states in the U.S. Argentina, Brazil and Germany will be included in the trial.

Philip Dormitzer, a Pfizer vice president heading up vaccines, told STAT that because the chosen vaccine candidate includes more of the spike protein, it seems to generate a stronger immune response, which should mean less variability in patient response. It also appeared to cause fewer side effects. “It just seemed a bit milder,” he said. “There were fewer reactions to immunization, and that was an important mark in its favor.”

They don’t know exactly why the side effects with this particular candidate seem milder, although they believe it might be because of changes they made to the mRNA that make it easier for mammalian cells to produce it.

The clinical trial began yesterday and will recruit about 30,000 healthy volunteers between the ages of 18 and 85. They will be randomized 1:1 to receive the vaccine or a placebo. The primary endpoints of the trial will be prevention of COVID-19 in those who have not been infected by SARS-CoV-2 before immunization and prevent COVID-19 regardless of whether participants have previously been infected by the virus. Secondary endpoints include prevention of severe COVID-19. It will also evaluation prevention of infection by the virus.

“Today, we are starting our late-stage global study which will include up to 30,000 participants,” said Ugur Sahin, chief executive officer and co-founder of BioNTech. “We selected BNT172b2 as our lead candidate for this Phase II/III trial upon diligent evaluation of the totality of the data generated so far. This decision reflects our primary goal to bring a well-tolerated, highly effective vaccine to the market as quickly as possible while we will continue to evaluate our other vaccine candidates as part of a differentiated COVID-19 vaccine portfolio. Many steps have been taken towards this important milestone and we would like to thank all those involved for their extraordinary commitment.”