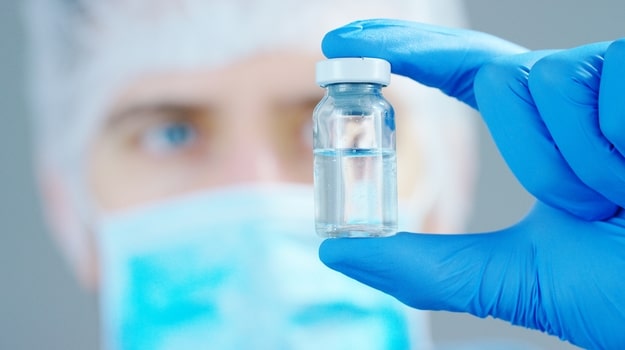 One of the leading groups in developing a COVID-19 vaccine, U.S.-based Pfizer and Germany’s BioNTech, released additional Phase I data from their ongoing U.S. trial of BNT162b2 (B2), their mRNA-based vaccine against COVID-19. The vaccine has otherwise advanced into a Phase II/III trial.

The companies had released preliminary data on the vaccine on July 1, but that was for a different vaccine than the one they are taking into a 30,000-patient Phase III trial. The companies were originally testing four variations of their vaccine, each with a different combination of mRNA format and target antigen. The preliminary data announced on July 1 were for BNT1621b1 (B1). But on July 28, they announced they had selected BNT162b2 to take into larger studies.

Today’s data describes key safety and immunogenicity data from the U.S. Phase I study for BNT162b. At the 30-microgram dose, seven days after the second dose, the vaccine elicited a neutralizing geometric mean titer (GMT) 1.6 times the GMT of the same panel, showing strong immunogenicity in younger and older adults. This is a way of comparing the immune responses. Also, B2 (as compared to B1) created fewer adverse events in participants than B1. The immune responses were similar between the two vaccine candidates.

“Obviously, the better tolerated the vaccine, the more I think it will encourage public acceptance of a broad immunization,” said William Gruber, senior vice president of vaccine clinical research and development at Pfizer, according to STAT. “Both would have been great candidates. We were fortunate that B2 actually satisfied having both a favorable immune profile and fewer reactions.”

However, with B2, the 18-to-55 group had adverse events related to the vaccine 16.7% of the time and no adverse events were reported in the older age group.

All of the vaccines developed by Pfizer and BioNTech utilize mRNA, which is inserted into a tiny fat droplet called a lipid nanoparticle, which is used as a vector to deliver into cells. Once inside the body, the mRNA is translated into proteins that then stimulate an immune response to the SARS-CoV-2 virus so that if it encounters the virus, will respond and prevent infection. The B1 vaccine codes for part of a protein on the virus that binds to a receptor on the cells it needs to gain entry. The B2 vaccine codes for the entire protein, dubbed the spike (S) protein.

They believe that by using the complete spike protein, the immune system appears to have more ways to identify and attack the virus. There may also be factors such as chemical modifications to the mRNA that account for the differences.

Side effects were fairly typical of vaccines—soreness at the site of the injection, fever, chills, headache, and muscle or joint pain. In the older adults receiving B2, none reported redness or swelling at the injection site. But in the older group, the average level of antibodies against the virus was only 41% of what was observed in the younger group. The study, however, indicates that was still higher than antibody levels observed I patients who recovered from COVID-19.

“It is important to us to continue sharing data and related information on our COVID-19 vaccine lead candidate,” said Ugur Sahin, co-founder and chief executive officer of BioNTech. “The favorable safety profile of BNT162b2 and the breadth of T-cell responses we previously announced have supported our decision to select this candidate for the pivotal Phase II/III study. As of today, we have already dosed more than 11,000 participants with BNT162b2 in that study.”

The companies indicate they are on schedule to file for regulatory review for BNT162b2 (B2) as early as October 2020. If approved, they will be able to supply up to 100 million doses globally by the end of the year and about 1.3 billion by the end of 2021.