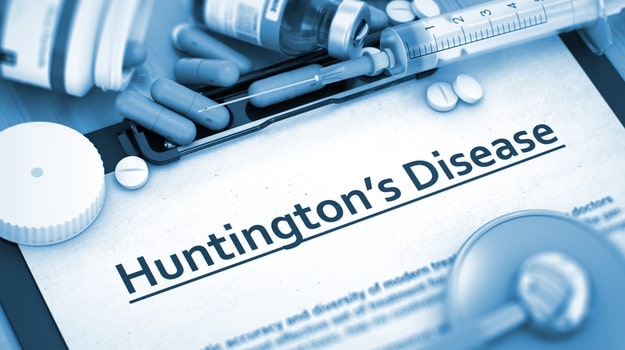 Vaccinex announced topline data from the early manifest treatment arm of its Phase II SIGNAL trial of pepinemab in patients with early manifest and prodromal Huntington’s disease (HD). Although it showed some benefit, it missed both coprimary endpoints.

The trial had two co-primary endpoints, a group of two cognitive assessments from the Huntington’s Disease Cognitive Assessment Battery and Clinical Global Impression of Change (CGIC). The trial did not meet pre-specified co-primary endpoints, but the results from both of the two cognitive assessments showed a strong trend for beneficial change. The changes observed suggested changes in planning ability and memory linked with disease progression. Also, a trend of benefit in CGIC did not show a statistically significant difference between the placebo and pepinemab-treated groups, although they believe that may be due to the small group size in the Phase II trial.

“HD affects multiple regions of the brain and disease progression impacts many critical functions including cognition and motor activity,” said Maurice Zauderer, president and chief executive officer of Vaccinex. “The results reported today strongly support a cognitive benefit to treatment with pepinemab and indicate that treatment with pepinemab antibody potentially targets cortical centers, including those that govern cognition.”

Pepinemab (VX15/2503) is a humanized monoclonal antibody that binds and blocks the activity of semaphoring 4D (SEMA4D), an extracellular signaling molecule that regulates the migration and function of immune and inflammatory cells. Preclinical research showed the drug, by blocking SEMA4D, promoted immune cell infiltration into tumors and prevented the neurological damage in neuroinflammatory and neurodegenerative disease models.

Huntington’s disease is a rare, inherited disorder resulting in the progressive deterioration of nerve cells in the brain. It has a broad effect on a patient’s functional abilities and typically results in movement, cognitive and psychiatric disorders. Symptoms often occur in people in their 30s and 40s but can occur at any time. If it develops in people prior to age 20, it is called juvenile Huntington’s disease.

Zauderer added, “The first sign of HD is often chorea and cognitive disturbances generally follow later in disease progression. We believe the data, therefore, suggest that patients at a somewhat more advanced stage of HD may derive the greatest benefit from pepinemab. The insights gained from this study also suggest that pepinemab might be an important treatment option for Alzheimer’s and other neurodegenerative diseases known to primarily affect frontal cortex and to impact cognition. As previously reported, imaging data indicate that these are the brain regions most affected by pepinemab treatment.”

As a result, Vaccinex has begun screening and hopes to enroll patients this month in a new Alzheimer’s disease trial of pepinemab at 15 sites in the U.S. Zauderer indicates that it “intends to examine and, as appropriate, prioritize and balance its budget and expenditures.”

The drug, as noted above, did not beat out a placebo in 179 patients with early-stage Huntington’s disease. The company believes the trial’s failure is a combination of inappropriate endpoints and the wrong patient population.

Zauderer said, “The FDA has directed us to figure out which of the six different assessments that comprise the battery are most impactful in relation to our study and our treatment and we identified two we believed were most impactful.”

Vaccinex picked skills that were difficult because they are ones Huntington’s patients typically lose early.

“The harder the task, the earlier in disease progression you see deficits in performance,” Zauderer said. “With easy tasks, it takes a lot of neurodegeneration before patients are not able to do them. In retrospect, it would have been better to select patients who were a little further advanced and already showing signs of cognitive difficulties.”

Vaccinex is considering a follow-up study that would recruit patients starting to show cognitive decline, but are looking for a pharma partner to advance that work while it focuses on developing the drug in Alzheimer’s disease.