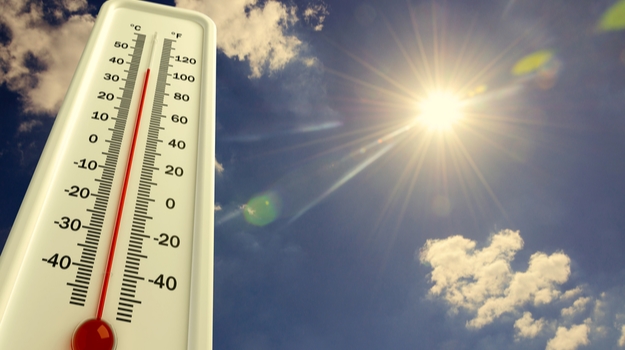 As the world goes into lockdown to try and limit the spread of the novel coronavirus that causes COVID-19, there is some hope that warmer weather will cause the virus to dwindle, like what happens with seasonal influenza. The bad news there is that it could be seasonal, returning in the fall.

Four separate research groups in the U.S., Australia and China analyzed how temperature and humidity affect the coronavirus and they predict that hot summer months could decrease the presence of the virus in the Northern Hemisphere. But they also predicted it would come back in autumn, when the humidity drops and temperatures cool down.

One group, out of the Harvard T. H. Chan School of Public Health, published the research in medRxiv. They wrote, “We project that recurrent wintertime outbreaks of SARS-CoV-2 will probably occur after an initial pandemic wave.”

“We should prepare for annual or sporadic outbreaks every few years,” said Stephen Kissler, a biomathematician and lead author of the study, told the Wall Street Journal.

The senior author of the same study, Marc Lipsitch, professor of Epidemiology and director, Center for Communicable Disease Dynamics at the Harvard T.H. Chan School of Public Health, wrote an article addressing the issue.

Lipsitch busts a few myths along the way. First, he notes that in 2003, many people thought the SARS outbreak disappeared on its own as the weather grew warmer. Lipsitch says, “SARS did not die of natural causes. It was killed by extremely intense public health interventions in mainland Chinese cities, Hong Kong, Vietnam, Thailand, Canada and elsewhere.”

And, in fact, SARS resurged in Toronto after the initial wave was under control and precautions stopped.

The second myth he busted was that the “common cold,” which is caused by coronaviruses, are seasonal, so SARS-CoV-2, which causes COVID-19, will be too. He points out that predicting the behavior of a novel virus based on how others behave is something of a gamble, even if sometimes it’s the only way to make predictions. The problem is we simply don’t know if these other types of coronaviruses behave the same way SARS-CoV-2 is. “Still, it is worth considering the analogy especially to OC43 and HKU1, which are SARS-COV2’s closest relatives among the seasonal coronaviruses. The other reason this is a myth is that seasonal viruses that have been in the population for a long time (like OC43 and HKU1) behave differently from viruses that are newly introduced into the population.”

Factors that do play a role are the environment, human behavior, the immune system, and “depletion of susceptible hosts.” Which is to say, yes, warmer, wetter weather does seem to play a role in viral contagious, but people do get viral diseases in the summer. In warmer weather, people tend to be outside more, have windows open and don’t congregate together as much, and schools are often closed. There is also some research suggesting that people’s immune systems are overall a little worse in the winter than summer, which may be related to Vitamin D levels related to ultraviolet light exposure.

Depletion of susceptible hosts means that as a virus spreads through a population, fewer people are available to be infected over time.

Lipsitch warns, “For the novel coronavirus SARS-CoV-2, we have reason to expect that like other beta coronaviruses, it may transmit somewhat more efficiently in winter than summer, though we don’t know the mechanism(s) responsible. The size of the change is expected to be modest, and not enough to stop transmission on its own. Based on the analogy of pandemic flu, we expect that SARS-CoV-2, as a virus new to humans, will face less immunity and thus transmit more readily even outside of the winter month.”

The China research groups at Beihang University and Tsinghua University in Bejing evaluated how temperature and relative humidity affected COVID-9 in 100 cities across China, focusing on infections from January 21 through 23. It appeared to be more contagious in northern China, where at the time the temperatures and humidity were low.

Researchers at the University of Maryland School of Medicine approached the study differently, mapping outbreaks to evaluate temperature and humidity. They found that the worst outbreaks were clustered in a narrow band across the Northern Hemisphere that has consistently similar weather between 30 degrees latitude and 50 degrees latitude North, which runs through China, South Korea, Japan, Iran, Italy, France and the U.S. Pacific Northwest.

“It couldn’t have been bad luck that these particular places were hit,” Mohammad Sajadi at the Institute of Human Virology at the University of Maryland, told the Wall Street Journal. “This virus is acting like a seasonal respiratory virus. We could be wrong, but with the data we have, we think that is the most likely scenario.”

Still, we can’t control the weather, but we can control behavior. The most dramatically effective response to the pandemic to date has been social distancing and isolation, rapid testing and changes in behavior.

And Sajadi also said, “People want to know if this is going to go away in the summer. Seasonal respiratory viruses never really go away. They just go to different areas.”

“Eventually we would expect to see COVID-19 becoming endemic,” said Jan Albert, professor of infectious disease control specializing in viruses at the Karolinska Institute in Stockholm, Sweden. “And it would be really surprising if it didn’t show seasonality then. The big question is whether the sensitivity of this virus to [the seasons] will influence its capacity to spread in a pandemic situation. We don’t know for sure, but it should be in the back of heads that it is possible.”