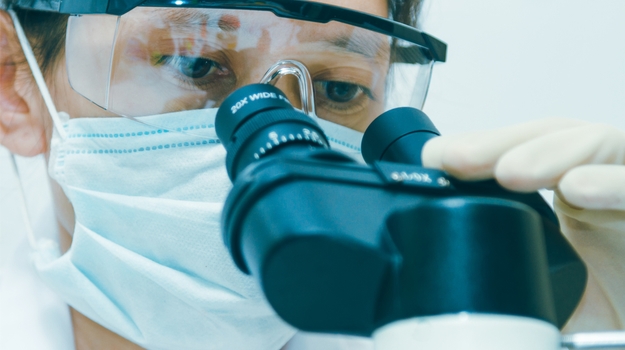 Every week there are numerous scientific studies published. Here’s a look at some of the more interesting ones.

Researchers at Columbia Engineering and the University of Wisconsin-Madison identified a library of molecules that can shut down the polymerase reaction in the SARS-CoV-2 virus that causes COVID-19. The virus uses polymerase to replicate its genome inside infected human cells. Stopping that polymerase reaction would stop the growth of the virus. Five of the molecules they identified are used for treating other viral infections, including HIV, cytomegalovirus, and hepatitis B. The research was published in the journal Antiviral Research.

“In our efforts to help tackle this global emergency, we are very hopeful that the structural and chemical features of the molecules we identified, in correlation with their inhibitory activity to the SARS-CoV-2 polymerase, can be used as a guide to design and synthesize new compounds for the development of COVID-19 therapeutics,” said  Jingyue Ju, Ruben-Peter G. Viele Professor of Engineering at Columbia University. “We are extremely grateful for the generous research support that enabled us to make rapid progress on this project. I am also grateful for the outstanding contributions made by each member of our collaborative research consortium.”

In earlier research, they found that the active triphosphate of the hepatitis C drug sofosbuvir (Gilead Sciences‘ Solvadi) and its derivative could potentially inhibit the polymerase in the virus. They then tested four other nucleotide analogues, the active triphosphate forms of HIV drugs Alovudine, Zidovudine, Tenofovir alafenamide, and Emtricitabine, which all inhibited the virus’s polymerase with different levels of activity. They then analyzed 11 compounds, narrowing them down to six that showed intermediate termination of the polymerase reaction, two that showed delayed termination, and three that did not terminate the polymerase. The prodrugs of the five analogues are Cidofovir, Abacavir, Valganciclovir/Ganciclovir, Stuvadine and Entacavir.

Researchers at The Scripps Research Institute have found that the strains spreading so quickly in Europe and the U.S. have a mutated S “spike” protein that makes it about 10 times more infectious than the strain that originally was identified in Asia. The research was published online on bioRxiv and has yet to be peer-reviewed.

The mutation does not appear to make the virus any more deadly than it already is, but it does appear to make it significantly more contagious. The original strain in China is dubbed D614, while the one found in May in the UK, Italy and North America is dubbed G614. The S “spike” protein is found on the surface of the virus and is used to gain entry to cells, something like a key in a lock. But the original strain, D614, often broke off when it was attempting to bind to ACE2 receptors in people’s airways. The mutated version, G614, is less likely to break off, allowing it to more easily make its way into cells.

The microbiome is the trillions of microorganisms that live in and on the body. Increasingly, it is found to have an effect on numerous illnesses, not just those of the gastrointestinal tract. Cholera is a potentially deadly disease that causes an extreme type of watery diarrhea. Researchers at UC Riverside identified specific gut bacteria that appear to make people resistant to cholera, which affects as many as 4 million people globally. The bacterium is Blautia obeum, which appears to deactivate the cholera bacterium’s disease-causing mechanisms.

Researchers at the University of Helsinki, with a State Key Laboratory of Cardiovascular Disease at FuWai Hospital in Beijing, investigated a mouse model of artificial myocardial infraction to determine if a tissue-engineered approach would work for stimulating myocardial regeneration. They identified 1,005 proteins from the myocardium, of which 216 were expressed immediately below the atrial appendage micrograft (AAM) patches in a “subtransplant” area in the interventricular septum. This appeared to both preserve the heart’s pumping function and improve functional recovery.

Research out of Cedars-Sinai Medical Center found that SARS-CoV-2, the virus that causes COVID-19, has the ability to infect heart cells directly, at least in laboratory tests. Many COVID-19 patients do experience heart problems, which might be related to pre-existing conditions, inflammation, oxygen deprivation, or hyperactive blood clotting. But the study also found that the human stem cell-derived heart cells infected by the virus in culture changed their gene expression profile. This suggests that the cells activate innate cellular defense mechanisms in an attempt to fight the virus.

“This viral pandemic is predominantly defined by respiratory symptoms, but there are also cardiac complications, including arrhythmias, heart failure and viral myocarditis,” said Clive Svendsen, co-corresponding and senior author of the study, and director of the Regenerative Medicine Institute and professor of Biomedical Sciences and Medicine. “While this could be the result of massive inflammation in response to the virus, our data suggest that the heart could also be directly affected by the virus in COVID-19.”

One of the many puzzling aspects of COVID-19 is the risk, in some patients, even younger patients, of unusual blood clotting that can lead to heart attacks and strokes. Researchers at the University of Utah Health have identified inflammatory proteins produced during a COVID-19 infection that alters the function of platelets, which increases their likelihood of forming blood clots. The research was published in Blood, an American Society of Hematology journal.

“Our finding adds an important piece to the jigsaw puzzle that we call COVID-19,” said Robert A. Campbell, senior author of the study and an assistant professor in the Department of Internal Medicine at the University of Utah Healthy. “We found that inflammation and systemic changes, due to the infection, are influencing how platelets function, leading them to aggregate faster, which could explain why we are seeing increased numbers of blood clots in COVID patients.”

Utilizing differential gene analysis, the scientists found that SARS-CoV-2 seems to trigger genetic changes in platelets. The COVID-19 platelets in laboratory tests aggregated more quickly, and the changes significantly affected how the platelets interacted with the immune system. This contributed to inflammation of the respiratory tract, which caused more severe lung damage. What was also unusual was they did not see the virus in most of the platelets, which suggested the virus was promoting those genetic changes indirectly, possibly by way of inflammation affecting megakaryocytes, which produce platelets. In test-tube studies, at least, aspirin seemed to prevent the hyperactivity.

“There are genetic processes that we can target that would prevent platelets from being charged,” Campbell said. “If we can figure out how COVID-19 is interacting with megakaryocytes or platelets, then we might be able to block that interaction and reduce someone’s risk of developing a blood clot.”