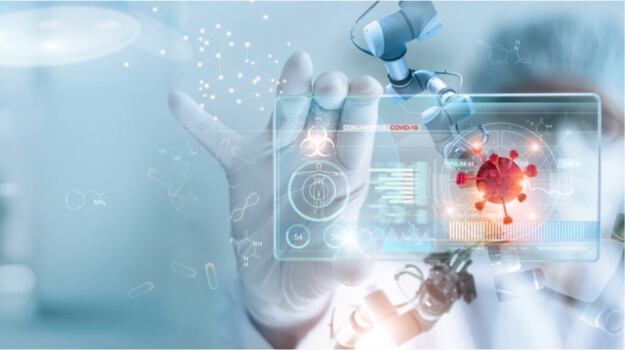 Every week there are numerous scientific studies published. Here’s a look at some of the more interesting ones.

Virologists at Kansas State University published research suggesting a possible therapy for COVID-19. They were evaluating 3C-like protease inhibitors, which showed potency against human coronaviruses. Their research showed that a series of optimized coronavirus 3CLpro inhibitors blocked replication of MERS-CoV (the coronavirus that causes MERS) and SARS-CoV-2 (the coronavirus that causes COVID-19) in cultured cells and in a mouse model for MERS. The research was published in the journal Science Translational Medicine.

“The work that this group of collaborators has been doing on antivirals and inhibitors for SARS and MERS at K-State for a number of years has been vital to their ability to quickly pivot to emphasize research on SARS-CoV-2 virus and therapeutics,” said Peter K. Dorhout, vice president for research at K-State.

The compounds they investigated are exclusively licensed and being developed by Cocrystal Pharma for COVID-19. K-State Innovations Partners handles the licensing for the university.

The authors note, “Our study showed that these compounds were broadly active against the 3CLpro of several coronaviruses, with compound 6j displaying the highest activity against MERS-CoV and compound 6e displaying the highest activity against SARS-CoV-2. Clinical efficacy is influenced by many factors, including drug bioavailability, PK, metabolism and the chemical stability of a compound. This poses a major challenge with respect to reliably predicting whether the difference in potency against different coronaviruses in assays in vitro can be translated to differences in clinical efficacy.”

Although hardly a revelation that aerobic exercise is good for you, researchers at Trinity College Dublin published a study that indicates that fitness, even more than weight loss, is the most important clinical endpoint for improvement in patients with fatty liver diseases. Metabolic associated fatty liver disease (MAFLD) is marked by a build-up of fat in the liver. In exercise-based trials, at least, they found that aerobic exercise participation played a larger role in improving MAFLD than weight loss did.

How do Sperm Cells “Swim?”

For about 300 years, it has been assumed that human sperm swim by lashing their “tails.” But research out of the University of Bristol using state-of-the-art 3D microscopy and mathematic modeling, found that is actually an optical illusion. They used a high-speed camera that could recover more than 55,000 frames in one second. They found the sperm tail only wiggles on one side, which suggests a one-sided stroke that would normally have it swimming in circles. They then corkscrew, not unlike otters swimming in the water. It is a rapid and highly synchronized spinning.

Soluble Version of ACE2 as a Potential COVID-19 Therapy

ACE2 is a receptor that the SARS-COV-2 virus that causes COVID-19 binds to in the human body. Researchers with Orthogonal Biologics, the U.S. Army Medical Research Institute of Infectious Diseases (USAMRIID), University of Illinois and The Geneva Foundation theorize that a soluble decoy ACE2 that has stronger binding properties with the virus’ spike protein could be used as a therapeutic. Kui Chan and colleagues hypothesized that mutations in ACE2 may increase its binding affinity to SARS-CoV-2 and looked for mutations that would demonstrate it. They created a library containing all possible single amino acid substitutions related to the binding interface between the spike protein and the ACE2, then identified a variant, sACE2.v2.4 that had binding affinity compatible to that seen win monoclonal antibodies.

Are Some People Immune to COVID-19?

Researchers with La Jolla Institute for Immunology, Murdoch University, University of California, San Diego, and University of North Carolina published research evaluating whether people had pre-existing immunity to SARS-CoV-2, the virus that causes COVID-19, that was cross-reactive from other viruses. They tested blood samples from before the virus was discovered in 2019 and mapped 142 T-cell epitopes across the SARS-CoV-2 genome. They demonstrated a range of pre-existing memory CD4+ T-cells that are cross-reactive with comparable affinity to SARS-CoV-2 and the common cold coronaviruses HCoV-OC43, HCoV-229E, HCov-NL63 or HCoV-HKU1. They speculate that this cross-reactivity may at least partially explain variations in COVID-19 patient disease outcomes, although they note it is highly speculative at this time.

Researchers at the Tokyo University of Science used infrared-laser irradiation to destroy amyloid fibrils, which are associated with Alzheimer’s disease. They used a portion of a yeast protein that forms amyloid fibrils on its own and tuned the frequency of an infrared laser to the “amide I band” of the fibril, which created resonance. Scanning electronic microscopy confirmed that the fibrils disassembled after treatment and a combination of spectroscopy techniques provided details about the final structure after the fibrils fell apart. The group plans to establish a framework to combine laser experiments with nonequilibrium molecular dynamics (NEMD) simulations to continue evaluating fibril dissociation.

Researchers with the Icahn School of Medicine at Mount Sinai leveraged a novel genetic sequencing technology to identify the genetic cause of a previously unknown severe auto inflammatory syndrome in an 18-year-old girl who had the disease since infancy. In addition, they were able to develop a treatment. Using their technology, they characterized a previously unknown mutation in the JAK1 gene that caused the girl’s immune system to permanently turn on, which resulted in rashes, growth abnormalities, kidney failure, allergies and an inflammation of the digestive tract.

“Most genes use both their maternal and paternal copies, called alleles,” said Dusan Bogunovic, associate professor of Microbiology, and Pediatrics at Icahn, who led the research. “Our findings show the JAK1 mutation in this patient used only one copy per cell, known as monoallelic expression. This challenges the textbook principles of genetics and may help explain irregularities that are frequently encountered across genetic diseases.”