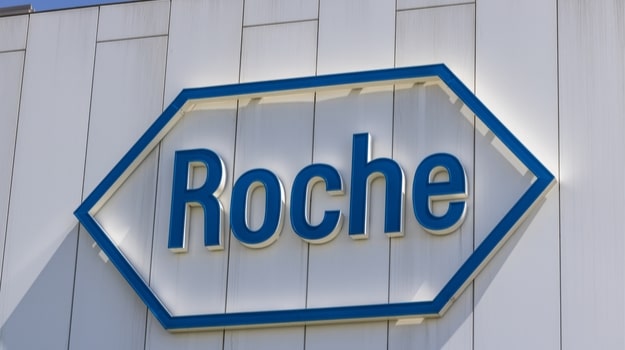 This morning, Inflazome announced the deal, which provides Roche with full rights to the company’s portfolio of oral NLRP3 small molecule inflammasome inhibitors. In addition to the upfront payment, Inflazome shareholders are eligible for additional milestone payments based on future clinical and regulatory achievements.

Roche intends to develop the NLRP3 inhibitors gained in the acquisition across a wide variety of indications with high unmet medical need. Activation of the NLRP3 inflammasome in the body is implicated in many diseases caused by chronic, uncontrolled inflammation.

Inflammasomes are understood to drive many chronic inflammatory conditions, from Parkinson’s and Alzheimer’s to asthma, inflammatory bowel disease, chronic kidney disease, cardiovascular disease, arthritis and NASH. Activated NLRP3 acts as a “danger sensor” in the body to release the pro-inflammatory cytokines IL-1β, IL-18 and induce uncontrolled, lytic cell death (pyroptosis), Inflazome said. These processes lead to chronic inflammation, and as such, NLRP3 has been implicated in a large number of diseases.

“We are delighted to close this deal with Roche, an outstanding pharmaceutical company with a broad commitment to multiple indications. With Inflazome now part of the Roche organization, Inflazome’s pioneering molecules are well-positioned to be developed quickly and effectively so they can help patients suffering from debilitating diseases,” Inflazome Chief Executive Officer Matt Cooper said in a statement.

The deal for Inflazome comes two months after the U.S. Food and Drug Administration granted Orphan Drug Designation for Inzomelid in the treatment of Cryopyrin-Associated Periodic Syndrome (CAPS), which are three diseases related to a defect in the NLRP3 gene. CAPS encompasses neonatal-onset multisystem inflammatory disease (NOMID), Muckle-Wells syndrome (MWS) and familial cold autoinflammatory syndrome (FCAS). In March 2020, Inflazome announced positive results with Inzomelid in CAPS, alongside the completion of a broader Phase I study that demonstrated excellent safety, tolerability and pharmacokinetics in healthy subjects. A follow-on Phase II trial is planned for this year to develop the dose for CAPS patients.

Inflazome isn’t the only company diving into NLRP3. Boston-based IFM Therapeutics subsidiary IFM Tre was acquired by Novartis to expand research into that area.