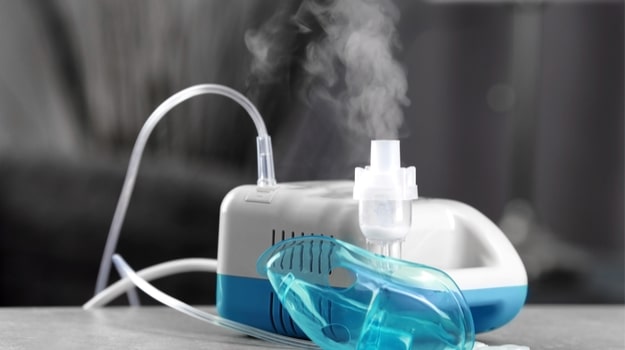 A small biotech company in Southampton, UK, Synairgen, announced positive results from a clinical trial of its wholly-owned inhaled formulation of interferon beta in COVID-19 patients. Company shares exploded 373% at the news.

“We are all delighted with the trial results announced today, which showed that SNG001 greatly reduced the number of hospitalized COVID-19 patients who progressed from ‘requiring oxygen’ to ‘requiring ventilation,’” said Richard Marsden, chief executive officer of Synairgen. “It also showed that patients who received SNG001 were at least twice as likely to recover to the point where their everyday activities were not compromised through having been infected by SARS-CoV-2.”

He went on to say that the drug also significantly decreased breathlessness, one of the main symptoms of severe COVID-19. The results of the trial have not yet been peer-reviewed.

The double-blind, placebo-controlled study recruited 101 patients from nine hospital sites in the UK from March 30 to May 27. The cohorts were evenly matched in terms of average age—56.5 years for placebo and 57.8 years for SNG001—as well as comorbidities and average duration of COVID-19 symptoms before enrollment. The average duration of symptoms prior to enrollment was 9.8 days for placebo and 9.6 days for SNG001.

Three patients died after being randomized to placebo, while there were no deaths in patients receiving SNG001.

“We are delighted with the positive data produced from this trial, which is the result of a momentous coordinated effort from Synairgen, the University of Southampton, University Hospital Southampton NHS Foundation Trust and the highly expert research teams across the NIHR network and regulatory bodies in the UK,” said Tom Wilkinson, Professor of Respiratory Medicine at the University of Southampton and Trial Chief Investigator. “The results confirm our belief that interferon beta, a widely known drug that, by injection, has been approved for use in a number of other indications, has huge potential as an inhaled drug to be able to restore the lung’s immune response, enhancing protection, accelerating recovery and countering the impact of SARA-CoV-2 virus.”

Synairgen spun out of Southampton University.

Interferon beta is created when cells are infected by viruses. The company uses the protein in an inhaled formulation so that it is introduced directly into the lungs of patients with COVID-19 in hopes of stimulating an immune response. It had been partnered via AstraZeneca at one time but failed a Phase II trial in asthma about three years ago and AstraZeneca returned rights back to Synairgen.

In addition to waiting for peer review of this data, the company is planning further studies, including with Gilead Sciences’ remdesivir, the only treatment approved for use for COVID-19 thus far.