By 2027, the global gene therapy market is estimated to reach a staggering value of $6.6B. With the number of successfully approved gene therapies increasing, the sector has moved from hype to hope. At the heart of gene therapy lie viral vectors, which are used to transport a gene into a target cell. Here we explore the current bottleneck in viral vector production, why viral vectors still outshine non-viral vector solutions, and what we can expect in the future.

The gene therapy field is gaining momentum. Investments are pouring in. The FDA is estimating that by 2025 it will approve between 10 and 20 cell and gene therapy products every year. “This shows that a treatment, which started out as a hype, is now a real hope,” says Ratish Krishnan, Associate Director of Cell and Gene Therapy Bioprocessing at MilliporeSigma*.

Today, a number of treatments have been approved, such as Spark Therapeutics’ LUXTURNA, the first FDA approved in vivo gene therapy, or Novartis’ Zolgensma, which gained US approval in 2019 and European approval in March 2020.

Understanding the challenges in upstream development 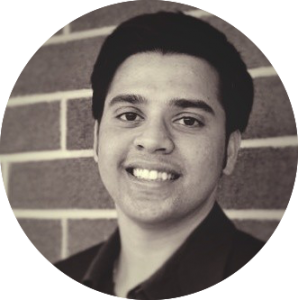 One of the key ingredients of gene therapies is the viral vector, which is used to transfer a gene of interest into a target cell. The most commonly used vector is that of the adeno-associated virus (AAV). But the manufacturing of viral vectors and scaling up their production remain difficult.

In upstream development, one challenge is the way viral vectors are produced. In a process called transient transfection, plasmids carrying the DNA of interest are introduced into host cells that will produce the viral vectors.

But host cells are commonly grown in adherent cell cultures, which are usually harder to reproduce at a large scale. So to scale-up and achieve high titers of virus particles, researchers are working on growing cells in suspension using large bioreactors instead.

“We are facing several challenges at the moment and that is what keeps us on our toes,” Krishnan adds. “In upstream development, there is a desire to move towards suspension. Most processes use transient transfection methods using plasmids and the transfection step at a production scale of 500L or 2000L is extremely challenging.”

In downstream development, researchers are studying the purity of capsids. The capsid is the protective shell of the virus enclosing the gene of interest. Related to this is an important discussion on the purity of viral vectors.

“When you produce vectors, you will generally have a population of empty capsids, which is the viral AAV assembly without the genetic material inside, or partially-full capsids with only part of the DNA inside,” Krishnan explains. “We have to better understand the role of empty capsids inside the body. Are they needed as immune decoys or are they strictly considered impurities? In theory, you only need the ones with all the DNA inside, the full capsids.”

Questions about purity are difficult to answer because there is little or no regulatory guidance. For instance, compared to monoclonal antibodies (mAbs) for which the regulatory environment is well understood, the regulatory landscape for gene therapies remains largely unclear.

Through decades of research, mAb production also works through well-established and standardized platforms, whereas viral vectors are still in their infancy and cannot be produced using platform technologies yet – although much is being done in this field and they are catching up fast.

“Because of their longstanding history, we already have a lot of knowledge and research about mAbs,” Krishnan explains. “Let’s say I want to start a biotech company or a CDMO that develops mAbs. I can rely on existing templates and get up and running much quicker than if I were developing viral vectors.”

“AAVs come in many different serotypes — distinguishable strains — which impact platform development. The scale-up is also challenging since the indications can be strikingly contrasting. For example, ocular indications need smaller viral drug substances compared to a muscular indication.”

Manufacturing mAbs is better understood than manufacturing viral vectors. Viruses are a whole lot bigger and can be more complex than antibodies. While antibodies usually have a size around 10 nm, AAVs measure around 20nm and Lentiviruses around 100nm in size. Not only are antibodies produced at a larger scale than viral vectors, but their scalability is also more predictable due to the established platform technologies.

Despite these challenges, the increase in popularity, investments flooding in, and the promise of essential cures have led to a bottleneck in viral vector production for gene therapies. But many companies working in the gene therapy field are small or emerging biotechs that do not have the necessary resources and expertise in-house to tackle the challenges of viral vector production.

CDMOs: work together early and increase your chances for success

Lacking the facilities to do it themselves, small and emerging biotechs therefore turn to experienced contract development and manufacturing organizations (CDMOs), such as Merck BioRelianceⓇ, to produce their gene therapies.

“There are only a handful of CDMOs that have the capability and expertise to take on the complexities of gene therapy projects”, Krishnan says. “But there is currently a bottleneck in manufacturing slots. Manufacturing facilities can only work 24 hours a day, and if you are a small company and a CDMO has other clients waiting in line before you to have their therapies manufactured, you have no other option but to wait.”

The problem with waiting, of course, is that the biotech runs the risk of falling behind its competition. Krishnan emphasizes, “time is of the essence in gene therapy. There is no silver medal for developing a therapy for the same indication.”

The key, says Krishnan, lies in much planning and close engagement with the CDMO partner. Biotechs should do an analysis of what they can perform in-house versus what they have to outsource early on. “Engaging a CDMO is the route you want to take.”

With decades of experience, Merck can support it’s biotech sponsors all the way to the clinic. “We are big on the concept of integrated solutions,” Krishnan explains. “From clone to clinic to commercialization, Merck has the expertise, knowledge network, product, and services to help guide any customer to the finish line. We have the CDMO expertise with BioReliance, with testing services, gene therapy expertise, and regulatory support.”

Examples for non-viral delivery systems include physical force to deliver the gene through the cell membrane; injecting the gene with a needle into the target region; electroporation, which uses an electric current to produce pores in the cell membrane through which the gene can be inserted into the cell; and chemical vectors, such as lipid-, polymer-, or peptide-based particles.

Nevertheless, viral vectors, such as the AAV, remain the preferred path for most companies. The efficiency of delivery for non-viral vectors remains questionable. This means that there might be reactions in the immune system that get triggered, eliciting a dangerous, adverse response. AAVs, on the other hand, are well-engineered and safe, despite being novel.

Looking into the future of gene therapies

Despite unaddressed challenges, gene therapy has definitely shifted from being a hope to carrying an expectation. This is reflected in the number of investments pouring into the sector.

“Big pharma and biotech companies are heavily investing their resources into gene therapy,” Krishnan says. “Typically, companies have vaccines or mAbs in their portfolio. Now, gene therapy is becoming a major modality of interest as well.”

While we are still far away from reaching the smooth manufacturing processes we have in place for antibodies, many companies are also looking into platform approaches for gene therapy. “We would take a quantum leap if we developed a platform approach for upstream and downstream processes. That would significantly reduce the time to the clinic. Platform approaches are definitely being explored,” Krishnan adds.

Vendors like Merck are playing a big role in developing fit-for-purpose products for gene therapies, Krishnan says. At the R&D level, researchers are also working on advances in capsid engineering. “We already have synthetic capsids, and there are other tremendous advancements in capsid engineering, design, and purity, which are going to continue to evolve.”

But, as Krishnan puts it, “We are running a marathon at sprint speed. The journey is exciting and challenging, identical to the ride on a rollercoaster, but we are barely even at the tip of the iceberg. There are patients waiting for life-saving treatment, so gene therapies will definitely continue to be in the limelight, and for good reason.”

Are you fighting to solve the bottleneck in viral vector production? Get in touch with the expert team at Merck and view their webinar on this topic!

*The life science business of Merck operates as MilliporeSigma in the U.S. and Canada.

Images via Shutterstock.com and Elena Resko

The post The Roller Coaster of Gene Therapy Manufacturing appeared first on Labiotech.eu.