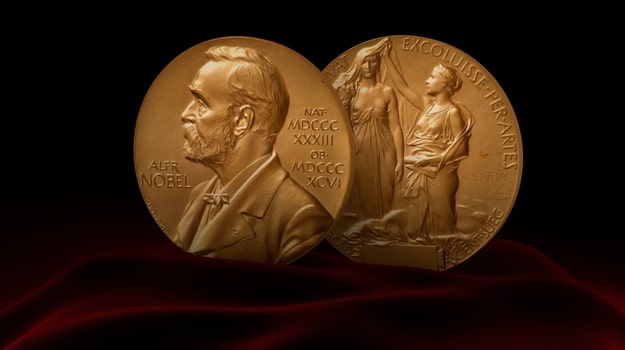 Three scientists will split the Nobel Prize for Medicine for their seminal discoveries that led to the identification of the Hepatitis C virus, a significant health problem across the globe that can lead to cirrhosis and liver cancer in patients.

The prize was awarded to Harvey J. Alter, Michael Houghton and Charles M. Rice for their efforts to identify the virus. Prior to their work, the medical world was only aware of Hepatitis A and B. The discovery of Hepatitis C virus revealed the cause of the remaining cases of chronic hepatitis and made blood tests and new medicines that have saved millions of lives possible, the Nobel Committee said in the announcement. Their discoveries have also led to the development of medications such as AbbVie’s Mayvret and Gilead Science’s Harvoni and Sovaldi, that can essentially cure the disease within eight to 12 weeks.

The Nobel Laureates’ discovery of Hepatitis C virus is a landmark achievement in the ongoing battle against viral diseases. Thanks to their discovery, highly sensitive blood tests for the virus are now available and have essentially eliminated post-transfusion hepatitis in many parts of the world, greatly improving global health.

The Hepatitis C virus is bloodborne and is most commonly transmitted through shared needles, reuse of inadequately sterilized medical equipment, transfusions and some sexual activities. According to the World Health Organization (WHO), approximately 71 million people across the globe are infected with Hepatitis C, and a significant number will go on to develop cirrhosis or liver cancer. Antiviral drugs, such as the aforementioned ones, can effectively cure 95% of patients with the virus, the WHO said.

In the 1960s, Alter was working with the U.S. National Institutes of Health and was studying the occurrence of hepatitis in patients who had received blood transfusions. Although the researchers could determine Hepatitis A and B through testing, there were still a number of cases that remained unexplained. Alter’s research into these unexplained cases defined a new form of chronic viral hepatitis, which became known as “non-A, non-B” hepatitis.

Virus researchers were on the hunt for more sure footing in this area, but, as the Nobel Committee explained, the virus eluded isolation for over a decade. Houghton, who worked for the pharmaceutical company Chiron Corporation, which is now part of Novartis, created a collection of DNA fragments from nucleic acids found in the blood of an infected chimpanzee. The researchers used patient sera to identify cloned viral DNA fragments encoding viral proteins. Through arduous research, Houghton and his team showed a positive viral clone was derived from a novel RNA virus belonging to the Flavivirus family and it was named Hepatitis C virus. The presence of antibodies in chronic hepatitis patients strongly implicated this virus as the missing agent, the committee said.

Rice, a researcher at Washington University in St. Louis, came into the Hepatitis C picture when researchers were looking to understand whether or not the virus by itself could cause hepatitis. Researchers had to investigate if the cloned virus was able to replicate and cause disease. Rice and his colleagues found a previously uncharacterized region in the end of the Hepatitis C virus genome that they suspected could be important for virus replication. They observed genetic variations in isolated virus samples and hypothesized that some of them might hinder virus replication. Through genetic engineering, Rice generated an RNA variant of Hepatitis C virus that included the newly defined region of the viral genome and was devoid of the inactivating genetic variations. When this RNA was injected into the liver of chimpanzees, virus was detected in the blood and pathological changes resembling those seen in humans with the chronic disease were observed. This was the final proof that Hepatitis C virus alone could cause the unexplained cases of transfusion-mediated hepatitis, the committee said.