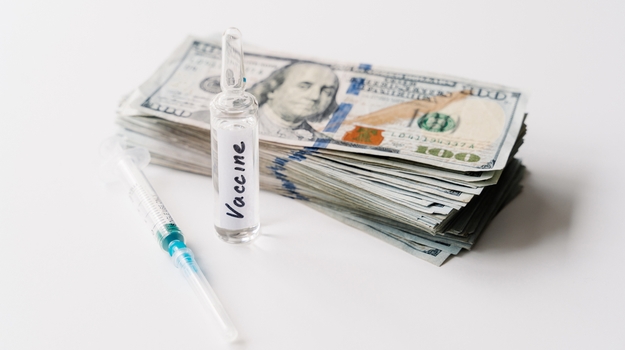 U.K. company AstraZeneca has partnered with the University of Oxford’s COVID-19 vaccine efforts. Today, the company announced that the U.S. Biomedical Advanced Research and Development Authority (BARDA) paid more than $1 billion to support the development, production and delivery of the vaccine beginning this fall. The development program will include a Phase III clinical trial with 30,000 people, as well as a trial in children.

Their vaccine has been tested in six rhesus macaque monkeys at the National Institutes of Health’s Rocky Mountain Laboratory in Montana, that were then exposed to large volumes of the virus causing COVID-19. More than 28 days later, all six were still healthy.

AstraZeneca indicated it is collaborating with several countries and multilateral organizations to make the University of Oxford’s vaccine accessible as widely as possible around the world. They wrapped up the first agreements for a minimum of 400 million doses and have contracted total manufacturing capacity for one billion doses and expect to begin first deliveries in September 2020.

The company also said it hopes to lock down more deals “supported by several parallel supply chains,” which would provide even broader support.

It is engaging with the Coalition for Epidemic Preparedness Innovations (CEPI), Gavi the Vaccine Alliance and the World Health Organization (WHO) to distribute the vaccine around the world in an equitable fashion, as well as in talks with global governments to increase access. It is in talks with the Serum Institute of India and other possible partners to ramp up production and distribution.

“This pandemic is a global tragedy and it is a challenge for all of humanity,” said Pascal Soriot, AstraZeneca’s chief executive officer. “We need to defeat the virus together or it will continue to inflict huge personal suffering and leave long-lasting economic and social scars in every country around the world. We are so proud to be collaborating with Oxford University to turn their ground-breaking work into a medicine that can be produced on a global scale. We would like to thank the U.S. and U.K. governments for their substantial support to accelerate the development and production of the vaccine. We will do everything in our power to make this vaccine quickly and widely available.”

According to the company statement, the vaccine began a Phase I/II trial in April in more than 1,000 healthy volunteers between the age of 18 and 55 across several sites in southern England. Data is expected soon. If it’s positive, they will launch late-stage trials in several countries. The company said, “AstraZeneca recognizes that the vaccine may not work but is committed to progressing the clinical program with speed and scaling up manufacturing at risk.”

As part of its scale-up efforts, the U.K. government indicated a vaccine production plant will open in the summer of 2021. The government provided £131 million to accelerate development. The U.K. Vaccine Manufacturing and Innovation Center will have capacity to manufacture 70 million vaccine doses within four to six months of opening the permanent site at Harwell campus in Oxfordshire. It is a non-profit partnership between the University of Oxford, Imperial College and the London School of Hygiene and Tropical Medicine.

In addition to the vaccine work, the company is developing novel coronavirus-neutralizing antibodies against COVID-19. It hopes to begin clinical trials on that arm of their work in the next three to five months. It is also testing new and existing drugs against COVID-19 in the CALAVI and ACCORD trials already underway for Calquence (acalabrutinib) and DARE-19 for Farxiga (dapagliflozin).

There are reportedly approximately 100 vaccine development programs against COVID-19 around the world. Other companies include Pfizer and BioNTech, Johnson & Johnson, Altimmune and Moderna. In the U.S., Moderna, which is working with the U.S. National Institute of Allergy and Infectious Diseases (NIAID), is moving steadily ahead as well.

On Tuesday, May 18, Moderna released positive interim Phase I data from its clinical trial of mRNA-1273, its mRNA vaccine against SARS-CoV-2. It reported overall positive results for both efficacy and safety, although not much details were released. This resulted in some criticism from vaccine experts, who complained about how early the data was and how sparse.

In the Moderna press release, they indicated that data for immunogenicity was available for two doses, 25 ug and 100 ug after two doses, with the immunogenicity tested on day 43, and the 250 ug dose after a single dose, tested at day 29. All the patients in the trial were healthy and between the ages of 18 and 55.

STAT and the vaccine researchers noted that, “all 45 subjects (in this analysis) who received doses of 25 micrograms (two doses each), 100 micrograms (two doses each), or a 250 micrograms (one dose) developed binding antibodies. Later, the statement indicated that eight volunteers — four each from the 25-microgram and 100-microgram arms — developed neutralizing antibodies. Of the two types, these are the ones you’d really want to see.”

The problem, they go on to say, is Moderna did not release results from the other 37 trial participants. That doesn’t mean they didn’t develop neutralizing antibodies, but it makes it basically impossible to evaluate the overall data. They critics are not saying Moderna is hiding any negative results, but merely that Moderna provided the data they had and it’s not enough for a real evaluation. This may be a way of saying that the Moderna release was publicity and news, but not necessarily science. Certainly, it had a positive effect on the company’s stock, and it’s completely true to say that the world is closely watching the results of the trial with a great deal of hope and optimism.

Moderna indicated that NIAID plans to publish the complete data.

The Chinese government and biopharma industry are also fast-tracking vaccine development. China was the source of the original outbreak of the virus and has taken some criticism for its early handling of the epidemic as well as questions into whether the virus came from a laboratory instead of evolved in nature.

At WHO’s annual meeting Monday, Chinese President Xi Jinping said the country had acted with “openness, transparency and responsibility” and China supported the idea of a “comprehensive review” of the global response.

Xi vowed to share a vaccine with the rest of the world, although William Lee, chief economist at the Milken Institute, told NPR that Beijing appears to be targeting developing countries and territories associated to the Belt and Road Initiative, China’s global infrastructure program.

“A success story with a COVID vaccine would be such a marvelous cherry to put on that picture,” Lee said. “They’re incentivized to develop the vaccine as quickly as possible and distribute it as widely as they can among their Belt and Road countries in order to gain and expand China’s dominance within that sphere. And also almost as a way of saying, ‘The Western economic models have failed to develop it as quickly as we have.’”

Of China’s programs, the furthest along is a collaboration between a private biotech company, CanSino Biologics, and a military medical institute. The virologist leading the program is Chen Wei, a general with the People’s Liberation Army.

On state TV in April, she stated, “In some areas and on some issues, we must have scientific self-confidence. With more than a billion people, we can’t rely on others. We must rely on our own scientific strength to protect our people.”

The U.S. has a similar approach, however, with President Trump’s Operation Warp Speed. It has a goal of making 100 million doses of a vaccine against COVID-19 available by November, 200 million by December and 300 million by January 2021.  President Trump had indicated he will be overseeing the program himself. However, at the agency level, Alex Azar, secretary of Health and Human Services, and Mark Esper, Secretary of Defense, are taking the lead.

Trump on Thursday, April 30, stated, “You know who is in charge of it? Honestly? I am.”

The agreement with AstraZeneca is a function of Operation Warp Speed.

“This contract with AstraZeneca is a major milestone in Operation Warp Speed’s work toward a safe, effective, widely available vaccine by 2021,” said HHS Secretary Alex Azar. “Getting a vaccine to the American public as soon as possible is one part of President Trump’s multi-faceted strategy for safely reopening our country and bringing life back to normal, which is essential to Americans’ physical and mental well-being in so many ways. The Trump Administration is making multiple major investment in developing and manufacturing promising vaccines long before they’re approved so that a successful vaccine will reach the American people without a day wasted.”