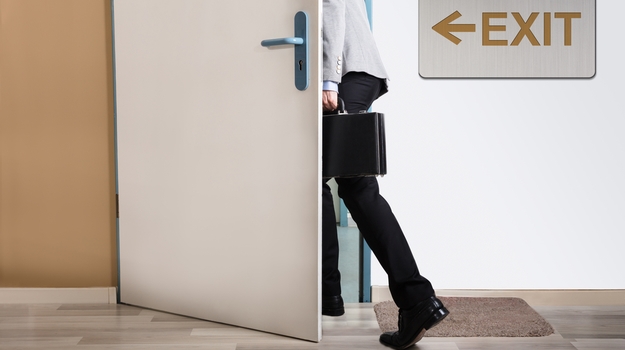 After leading a flurry of collaborations with multiple companies to hasten the development of vaccine candidates and treatments for COVID-19, Rick Bright, the director of the Biomedical Advanced Research and Development Authority (BARDA), has abruptly departed his post for another position in the government.

First reported by STAT, Bright will now assume a role in the Department of Health and Human Services (HHS) overseeing the development and deployment of point-of-care COVID-19 testing platforms. It is unclear why Bright was abruptly moved to a more narrow focus in the COVID-19 fight during the pandemic, but STAT noted that some sources within the government and Trump administration mentioned “chafing” between Bright and Bob Kadlec, the current HHS assistant secretary for preparedness and response. What kind of clash the two men may have had was not described.

Bright’s career has primarily focused on vaccine and drug development. Before his tenure with BARDA, Bright worked with the U.S. Centers for Disease Control and Prevention with a focus on the development of vaccines, tests and antivirals for influenza. At the CDC, Bright also focused on the development of novel assays for high throughput surveillance for resistance to antivirals. He joined BARDA in 2010 to lead the BARDA Influenza Division International Program, which supports programs aimed at increasing influenza vaccine production and evaluation in developing countries. He became director of the influenza division at BARDA where, according to a profile, he was “responsible for preparing the nation for influenza pandemics and coordinating production, acquisition and delivery of medical countermeasures during a pandemic response.” Bright also serves as an advisor to the World Health Organization and the US Department of Defense. Bright became BARDA director in 2016. Now, he will have a much smaller role in combating the pandemic.

“Given the simultaneous importance of accelerating the development of diagnostic tests for COVID-19, Dr. Rick Bright will transfer the skills he has applied as Director of the Biomedical Advanced Research and Development Authority to the National Institutes of Health, as part of a bold plan to accelerate the development and deployment of novel point-of-care testing platforms,” a spokesperson for Health and Human Services told The Hill.

His abrupt departure from BARDA comes at a time the agency has invested heavily in COVID-19 programs, including a $483 million grant to support Moderna’s development of mRNA-1273, an mRNA vaccine candidate against the disease caused by the novel coronavirus. Moderna’s mRNA-1273 is an mRNA vaccine that encodes for a prefusion stabilized form of the Spike (S) protein. BARDA is also supporting Genentech’s Phase III trial assessing Actemra as a potential treatment for a cytokine storm that has been seen in some patients with severe COVID-19. Actemra (tocilizumab) is a rheumatoid arthritis drug that inhibits IL-6. Actemra is a monoclonal antibody that binds to the IL-6 receptor on normal cells and may improve patient outcomes by decreasing the severe inflammatory response. BARDA provided $25 million to support the trial. Under Bright, BARDA also backed Johnson & Johnson in the development of its lead vaccine candidate for COVID-19. The deal with J&J has a value of more than $1 billion. BARDA is supporting the life science giant’s efforts to develop vaccine research, development, and clinical testing.

With Bright gone, Gary Disbrow, who serves in HHS’s Office of the Assistant Secretary for Preparedness and Response, will take over as acting director of BARDA.