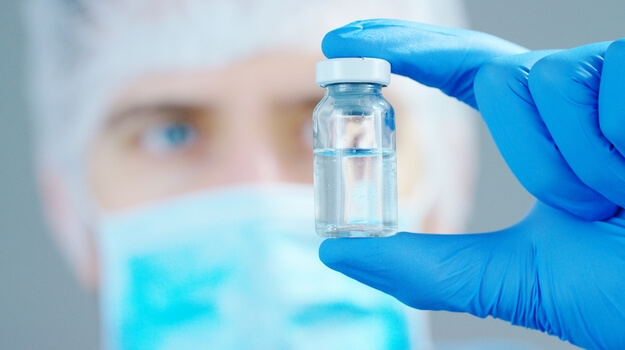 One month after Vaxart announced the selection of its lead vaccine candidate for COVID-19, the Bay Area-based company said it has been selected to participate in the U.S. government’s Operation Warp Speed program.

The South San Francisco company said this morning that its oral COVID-19 vaccine has been selected to participate in a non-human primate (NHP) challenge study, which was organized by the federal program that has a goal of developing hundreds of millions of doses of vaccines to protect against COVID-19, which has infected more than 9.6 million people across the globe and 2.4 million in the United States. The government’s goal is to identify the most promising vaccine candidate while it is still under development and provide as much support as possible in order to move it through the clinical and regulatory process in order to have it available for the public.

Vaxart Chief Executive Officer Andrei Floroiu, who took over the top spot of the company earlier this month, said he was pleased the company was selected to participate in Operation Warp Speed. Vaxart’s vaccine candidate is one of a handful of potential preventative drugs selected by the government for additional funding and study. The Vaxart candidate, which is scheduled to begin clinical studies before the end of this year, stands alongside vaccine candidates from Moderna, AstraZeneca, Johnson & Johnson and other companies in the fight against the global pandemic. Moderna announced its plans to launch a Phase III study of its vaccine candidate within the next few weeks and AstraZeneca’s vaccine candidate, which is under development with the Jenner Institute at Oxford University, is currently in a Phase II/III study. Johnson & Johnson announced its intentions to enter the clinic in the second half of July with a Phase I/IIa study.

Vaxart initiated preclinical studies for a COVID-19 vaccine in January following reports of the outbreak’s spread across the globe. The candidate is based on the company’s VAASTT oral vaccines platform, which uses adenovirus type 5 (Ad5) as a delivery system for its treatment. In that first round of preclinical testing, all animals that received one of the Vaxart vaccines had IgG anti-SARS CoV-2 antibodies in serum two weeks after the first vaccination.  Antibody responses in all vaccinated groups were statistically significant compared to the untreated controls, the company noted at the time.

“SARS-CoV-2, the coronavirus that causes COVID-19, is primarily transmitted by viral particles that enter through the mucosa – nose, mouth or eyes – strongly suggesting that mucosal immunity could serve as the first line of defense,” Floroiu said in a statement.

Floroiu said the company’s vaccine candidate is a room temperature-stable tablet, which provides the company with an enormous advantage in shipping the vaccine to areas that may not have ample refrigeration capabilities.