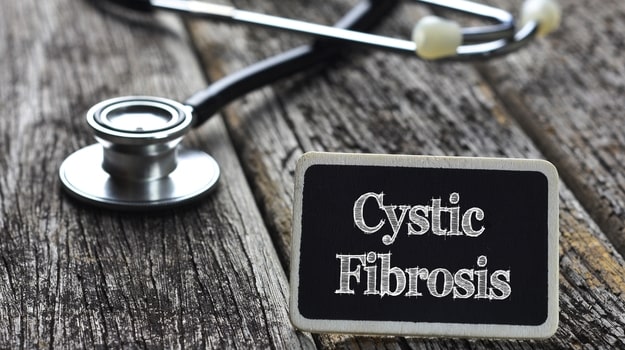 Vertex Pharmaceuticals announced the completion of its Phase III trial of Trikafta in children ages 6 through 11 years with cystic fibrosis (CF) who have either two copies of the F508del mutation or one copy of the F508del mutation and one minimal function mutation. Based on the positive results, the company plans to submit a supplemental New Drug Application (sNDA) to the U.S. Food and Drug Administration (FDA) in the fourth quarter and other regulatory agencies around the world afterward.

Trikafta is a triple combination drug, elexacaftor/tezacaftor/ivacaftor and ivacaftor. It is indicated for CF patients ages 12 years and older who have at least one copy of the F508del mutation in the cystic fibrosis transmembrane conductance regulator (CFTR) gene. The drug is engineered to increase the quantity and function of the F508del-CFTR protein at the cell surface.

The clinical trial lasted 24 weeks and was conducted around the world. It evaluated the safety and efficacy of Trikafta in 66 children ages 6 through 11 with the mutations. The primary endpoint was safety and tolerability. The data demonstrated the drug was generally well tolerated and the safety results were consistent to what was seen in previous Phase III trials.

“Our aim is to extend eligibility to all patients who may benefit from this transformative medicine, and the positive results from the study in children ages 6 through 11 years old allows us to take another step forward toward this goal,” said Carmen Bozic, executive vice president, Global Medicines Development and Medical Affairs, and chief medical officer at Vertex. “We are looking forward to filing an sNDA in the coming months and bringing Trikafta to younger people with CF.”

The drug was first approved by the FDA in October 2019, and quickly became a blockbuster. It was approved in Europe shortly afterwards. It brought in $1.5 billion in sales in the first month of 2020, which were 77% higher than in the final quarter of 2019. It also exceeded analysts’ projections by about $200 million. It is Vertex’s top-selling drug, with some calling it a “miracle drug.”

Vertex has dominated in the field of CF treatment, but Trikafta now treats about 90% of the patient population. Today’s announcement, and the likely approval, will increase that market. Of course, as many patients on other Vertex CF medications such as Kalydeco, Orkambi and Symdeko, shifted to Trikafta, the Trikafta success ate into the profits for those drugs. But about half of the growth came from new patients who weren’t taking Vertex products.

CF is a rare, life-shortening genetic disease. It affects approximately 75,000 individuals globally. It is a progressive, multi-system disease that affects the lungs, liver, GI tract, sinuses, sweat glands, pancreas and reproductive tract. It is caused by a defective and/or missing CFTR protein caused by specific mutations in that gene. Children must inherit two defect CFTR genes, one from each parent, to have CF. There are literally hundreds of different types of CFTR mutations that can cause the disease, but most have at least one F508del mutation. The gene mutation results in poor flow of salt and water into and out of the cells in a number of organs. In the lungs, this causes a buildup of abnormally thick, sticky mucus that causes chronic lung infections and progressive lung damage that often leads to death. The median age of death is in the early 30s.