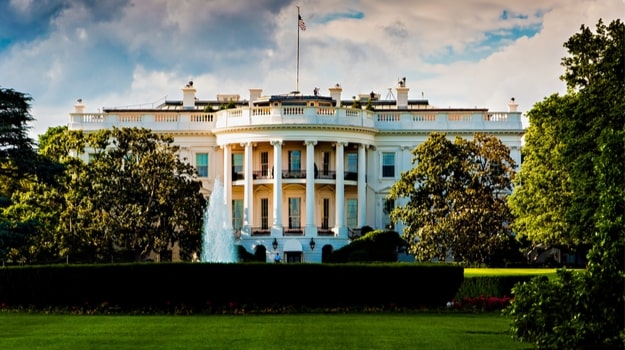 The U.S. Food and Drug Administration (FDA) submitted a more stringent guidance for Emergency Use Authorization (EUA) of a vaccine for the novel coronavirus to the White House in September. However, The New York Times reported the submission has stalled in the office of Mark Meadows, chief of staff to Trump. Approval of the new guidance seems unlikely, as Trump is anxious to announce EUA for a vaccine ahead of the election. The White House has the authority to approve nonbinding guidance documents due to a 2019 Executive Order that tightened restrictions over these kinds of documents, the Times said.

The sticking point for the White House is a provision in the guidance that calls for vaccine manufacturers to follow people participating in late-stage clinical trials for a median of at least two months, starting after they receive a second vaccine shot.

The FDA said following those patients would allow researchers to determine if there were any side effects from the medication, the Times reported. This time frame would almost certainly mean that a vaccine could not receive EUA in the U.S. until the end of 2020. Pfizer and BioNTech have hinted that data from a Phase III study of its mRNA vaccine candidate could be available in October and Moderna, also developing an mRNA vaccine, has indicated November for a readout.

Before his infection with COVID-19, Trump condemned the proposals, calling it a “political ploy.”

“When you have Pfizer, Johnson & Johnson, Moderna, these great companies coming up with these vaccines and they’ve done testing and everything else, I’m saying why would they have to be, you know, adding great lengths to the process?” Trump said at the time. “We want to have people not get sick. The vaccine is very important. It’s the final step, I believe it’s going to be the final step… I think it was a political move more than anything else.”

Former FDA Commissioner Scott Gottlieb, who now sits on the Pfizer Board of Directors, posted on Twitter Monday night that he did not know anyone in the pharmaceutical industry who raised objections over the proposed guidance.

“These standards have been broadly communicated for months and they were well understood across the industry,” Gottlieb said.

When the guidance was submitted to the White House, the Times reported that Meadows, a former Republican congressman from North Carolina, immediately began to question the need for that two-month follow-up time. According to the report, Meadows said the more stringent recommendations would “change the rules in the middle of clinical trials.” Meadows also suggested that FDA Commissioner Stephen Hahn was “overly influenced by his agency’s career scientists.”

Not only would the two-month window allow for the FDA to determine any side effects from the medication, the guidance is designed to improve public trust in the vaccine. A recent Pew Research poll shows a sharp decline in the percentage of people who said they would receive a vaccine if it is approved, from 72% to 50%.

In the weeks leading up to the FDA drafting the guidance, the administration has made several moves that raised concerns over the vaccines being used as a political tool. During campaign events, President Donald Trump has repeatedly hinted that a vaccine would be ready ahead of Nov. 3 and the White House also played a key role in pushing through EUA for convalescent plasma, despite objections from some of the nation’s top infectious disease experts. Most recently, Health and Human Services Secretary Alex Azar assumed all final authority in deciding new rules regarding food, medical devices and new medications, although in a statement, Azar said the new rule would not impact potential EUA for a vaccine. Additionally, confidence in public health agencies have waned as political operatives, including the president, have undercut public statements made by the experts. There have also been incidents of the manipulation of publicly released documents from the Centers for Disease Control and Prevention.