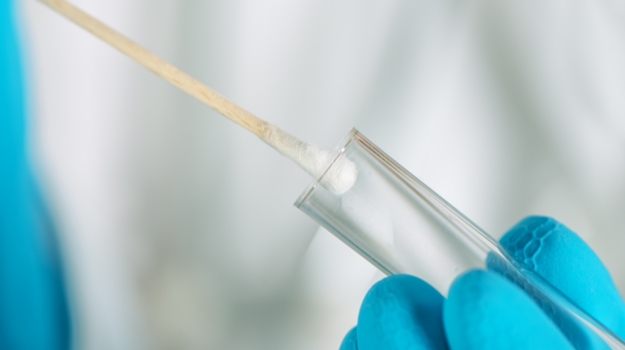 One month after the government inked a $750 million contract with Abbott for its new, point-of-care COVID-19 test, President Donald Trump said they will be soon be distributed across the country to double the number of tests being performed in the United States.

Speaking at a White House press conference alongside Abbott Chief Executive Officer Robert Ford, Trump laid out the distribution plans for the Abbott BinaxNOW COVID-19 Ag Card Point of Care (POC) SARS-CoV-2 diagnostic tests, which secured Emergency Use Authorization from the U.S. Food and Drug Administration last month. In his announcements, Trump said 100 million units of the point-of-care tests will be sent to states and territories to support efforts to reopen their economies and schools as quickly as possible.

“For example, the support my administration is providing would allow every state to, on a very regular basis, test every teacher who needs it.  This continues our critical effort to use testing to protect high-risk communities,” Trump said in his remarks.

The remaining 50 million tests will be distributed to protect the most vulnerable communities. That group includes 18 million for nursing homes, 15 million for assisted living facilities, 10 million for hospice care agencies and about 1 million that will be divided between historically black colleges and universities and tribal nation colleges.

Admiral Brett P. Giroir, the assistant secretary for Health and Human Services, said the first 6.5 million tests are set to be shipped to governors across the country this week. Allocation to the states will be based on population. Giroir said 65,000 of the rapid tests have been sent to disaster operations in California, Oregon, Texas and Louisiana and nearly 3 million have already been deployed to nursing homes and the Indian Health Service agency.

Abbott’s test was designed to deliver results within 15 minutes without the necessity of a laboratory. The BinaxNOW system, which is about the size of a credit card, uses a nasal swab and associated media placed on a strip that can detect COVID-19 and other viruses. The test can easily be performed in a doctor’s office.

EUA for the BinaxNOW test was granted based on clinical data that showed the device demonstrated sensitivity of 97.1% (positive percent agreement) and specificity of 98.5% (negative percent agreement) in patients suspected of COVID-19 by their healthcare provider within the first seven days of symptom onset.

When EUA was granted, Abbott said its manufacturing capabilities have been increased in order to meet the demand for the point-of-care tests. The EUA for the BinaxNOW test marked the sixth EUA the company has received for COVID-19-related diagnostics tools.