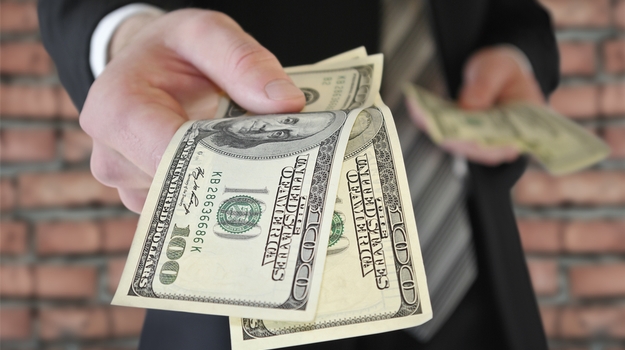 Leaders from all over the world met for a virtual summit on Monday, May 4 to pledge billions of dollars to fund development of a vaccine against COVID-19, the disease caused by the novel coronavirus SARS-CoV-2. Noticeably absent was the United States.

The goal of the summit was to raise an initial $8.2 billion and to coordinate the development of vaccines that can then be equitably distributed around the world, including to poorer companies. Although China skipped the initial meeting, it had a presence Monday. Russia and India also did not participate.

The initial meeting was held on April 24 and was not attended by the U.S. or China. China had an attendee at Monday’s summit, but the U.S. did not. The UK is strongly supporting the project.

Boris Johnson, the prime minister of the UK, who has recovered from COVID-19, told the conference, “The more we pull together and share our expertise, the faster our scientists will succeed. The race to discover the vaccine to defeat this virus is not a competition between countries, but the most urgent shared endeavor of our lifetimes. It’s humanity against the virus—we are in this together, and together we will prevail.”

Also supporting the summit is the World Health Organization (WHO). President Trump, in the middle of the pandemic, decided to suspend funding to WHO, which was met by criticism domestically and internationally, including by the U.S. Chamber of Commerce, typically a Republican ally. The organization’s executive vice president Myron Brilliant said, “Cutting the WHO’s funding during the COVID-19 pandemic is not in U.S. interests given the organization’s critical role assisting other countries—particularly in the developing world—in their response.”

Patrice Harris, president of the American Medical Association, stated, “During the worst public health crisis in a century, halting funding to the World Health Organization is a dangerous step in the wrong direction that will not make defeating COVID-19 easier.”

The U.S has its own project dubbed Operation Warp Speed that has a goal of making 100 million doses of a vaccine against COVID-19 available by November, 200 million by December and 300 million by January 2021. To date, the project has winnowed a possible 93 vaccine programs to 14 top candidates, which they will then narrow them to six or eight.

The online conference was led by European Commission President Ursula von der Leyden and has plans to raise the $8.2 billion from governments, philanthropies and the private sector. The hope is to fund research and mass-produce drugs, vaccines and test kits against the virus. Participants in the virtual conference included Germany’s Angela Merkel, France’s Emmanuel Macron, Britain’s Boris Johnson, Japan’s Shinzo Abe, Israel’s Benjamin Netanyahu and Turkey’s Recep Tayyip Erdogan, among others.

A senior Trump administration official, who spoke to the Washington Post on the condition of anonymity under White House rules for briefing reporters, said, “Many of the organizations and programs this pledging conference seeks to support already receive very significant funding and support from the U.S. government and private sector.”

The official did not explain the U.S.’s absence from the summit.

In addition to raising funds and guaranteeing any vaccine is equitably distributed, the summit also hopes to eliminate overlapping efforts, while smoothing the eventual distribution process.

Jeremy Konyndyk, a senior policy fellow at the Center for Global Development, who had been part of the Obama administration Ebola response, noted, “It’s the first time that I can think of where you have had a major international pledging conference for a global crisis of this kind of importance, and the U.S. is just absent.”

This was echoed by Canadian Prime Minister Justin Trudeau at the summit, who stated, “We can’t just have the wealthiest countries have a vaccine and not share it with the world.”

The U.S. official argued that the U.S. “is the single largest health and humanitarian donor in the world. And the American people have continued that legacy of generosity in the global fight against COVID-19. And we would welcome additional high-quality, transparent contributions from others.”

To date, the U.S. government has provided $775 million in emergency health, humanitarian, economic and development aid for various governments, international organizations and charities battling the pandemic. The U.S. official indicated the U.S. is in the process of donating approximately twice that figure in additional funding.